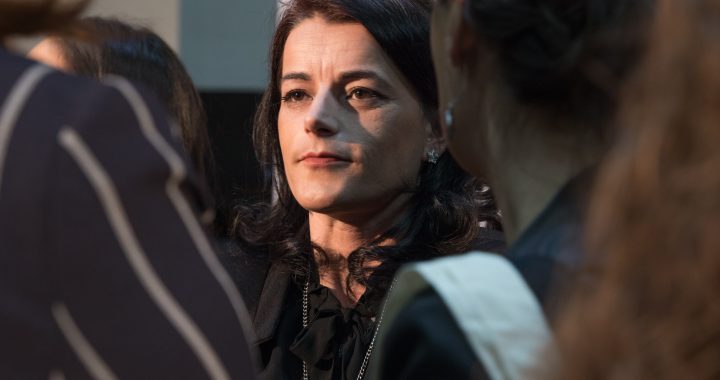 US Lawmaker Demands Punishment for Wartime Rape in Kosovo

A US lawmaker proposed a resolution to Congress calling for the rapists who sexually assaulted Kosovo Albanian war survivor Vasfije Krasniqi Goodman to face justice and for Serbia to stop protecting war criminals.

Congressman Colin Allred said on Tuesday that he has introduced a resolution urging justice for wartime rape survivor Vasfije Krasniqi Goodman and calling for “all those responsible for sexual violence during the Kosovo war” to be investigated and prosecuted.

“It is reprehensible that no individuals have been found guilty for their sexual war crimes against Ms. Krasniqi Goodman,” Allred’s draft resolution says.

“The Government of the Republic of Serbia should stop protecting and glorifying any persons who were involved in war crimes during the Kosovo conflict and should make it a priority to investigate and prosecute any such individuals,” it adds.

Krasniqi Goodman is one of the few victims of wartime sexual violence in Kosovo have spoken publicly about how she was raped by Serbian policemen during the war, when she was 16 years old.

Two former Serbian policemen were acquitted of raping her by Kosovo’s Supreme Court in 2014.

In 2019, Krasniqi Goodman testified at the US House of Representatives’ foreign affairs committee that Washington should do more to hold Serbia accountable for wartime crimes including rape.

“I am proud that Congressman Colin Allred introduced today in US Congress a resolution for justice in my case and the case of more than 20,000 [wartime rape] survivors… Journey for justice continues,” Krasniqi Goodman said on Tuesday in a Facebook post.

Krasniqi Goodman, who has US citizenship, now holds a seat in the Kosovo parliament after she was elected last year, representing governing party Vetevendosje.

Allred’s draft resolution says that progress in resolving Krasniqi Goodman’s case and those involving other survivors of sexual violence during the Kosovo war “should remain an important bilateral priority between the United States and the Government of the Republic of Serbia”.

“I am so inspired by Vasifje’s bravery in sharing her own harrowing story, and shining a bright light on the reality of sexual violence committed by the Serbian military and police during the Kosovo war,” Allred said.

“The reports of sexual violence happening in Ukraine are a stark reminder that we must be clear-eyed about the tragedies of the past, and uplift survivors’ stories so we can work toward accountability and ensure this never happens again. That’s why this resolution is so important, and I look forward to building support for it so it passes the full House,” he added.