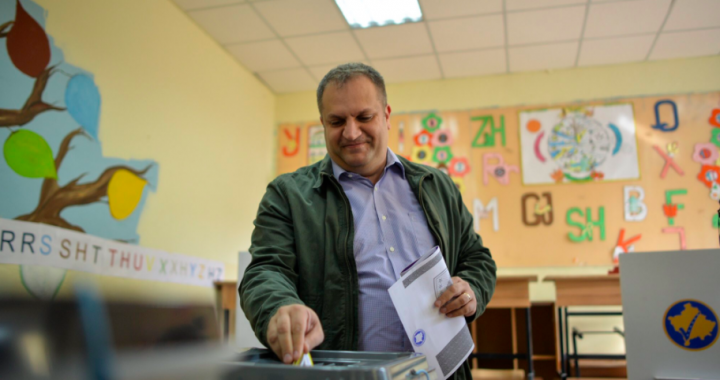 After the Supreme Court overturned the Elections Complaint and Appeals Panel’s decision to send Prishtina and Prizren to a recount, the Central Election Commission, CEC, continued the vote count for the mayoral runoffs at 10 am on Sunday.

According to results published by CEC at the end of the vote count for Prishtina, the total number of votes for Vetevendosje’s Shpend Ahmeti is 42,262, and the total for Arban Abrashi of the Democratic League of Kosovo, LDK, is 41,897.

After the results were announced, Ahmeti said that he would work towards improving political unity.

“During campaign times, the discourse becomes harsher, but I promise that henceforth I will unite all of those who are in favor of implementing reform… I invite all political parties to join in this struggle to improve Prishtina,” he said.

When CEC published its preliminary polling station results after the runoff elections last Sunday night, Vetevendosje candidates were in the lead in both Prishtina and Prizren. Even though the tight races meant the results were left open until conditional and mail ballots were counted, Ahmeti and his supporters began celebrating.

The conditional, mailed and special needs votes in Prizren tightened the race between Vetevendosje’s Mytaher Haskuka and Democratic Party of Kosovo’s, PDK, Shaqir Totaj even further. According to preliminary results published by CEC after today’s count, Haskuka won the Prizren mayorship with 262 votes more than Totaj.

Conditional and mailed ballots did not change the preliminary results in Rahovec, with Smajl Latifi, the Alliance for the Future of Kosovo, AAK, candidate affirming his win over incumbent Mayor Idriz Vehapi from the PDK.

Vetevendosje announced that it will celebrate on Sunday night, November 26, at 7:00 pm in Prishtina’s city center.