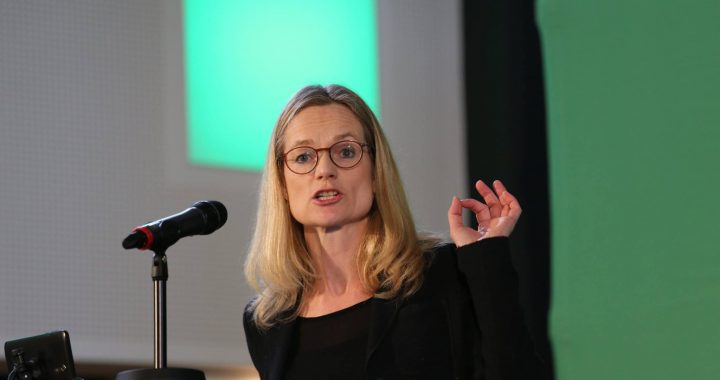 The European Parliament’s rapporteur for Kosovo Viola von Cramon has described the EU’s failure to lift visa restrictions for Kosovo citizens as ‘discriminatory’ and blamed the French government for the blockage.

At a press conference in Prishtina on Tuesday, the European Parliament’s rapporteur for Kosovo Viola von Cramon strongly criticised the French government for the failure to deliver visa liberalisation for Kosovo citizens.

In her first visit to Kosovo as rapporteur, Von Cramon received a number of questions about the EU continuing to impose a visa regime for Kosovo citizens nearly three years after the European Commission confirmed that the country had fulfilled the required benchmarks.

The MEP stated that the European Parliament, the European Commission and many member states would like to have granted visa liberalisation. However, she added that the decision lay with the European Council, which is made up of heads of state from each EU member.

“Some members are still very much reluctant,” von Cramon said. “Probably you have heard from the visit of Prime Minister [Kurti] to France that at this very moment it is obviously not the will of the French Government to go ahead, which I really regret.”

“I think this is a big mistake for the region as well as for the European Union,” she added.

Von Cramon stated that Kosovo had been given clear criteria on how to be granted visa liberalisation, all of which had been achieved. “All the boxes were ticked. They worked on the rule of law. There were no security issues. Why are you not giving this to Kosovo?” she said. “I think the EU has not done its homework.”

“It is even very discriminatory,” the MEP continued. “All of the countries in the region have a visa free regime apart from Kosovo.”

She added that the status of the EU-facilitated dialogue between Kosovo and Serbia could not be linked to restrictions on freedom of movement for Kosovo citizens, and stated that the failure to grant visa liberalisation weakened the EU’s role as a mediator.

“How can we convince the new government to go for compromises [in the dialogue] when we do not deliver?” she said. “That is why I heavily criticised Macron.”

Asked whether the EU should pressure France and other countries blocking the process, von Cramon insisted that it was public discourse in France that was to blame, rather than any one individual.

She added that Kosovo could also help by presenting itself in a “reform oriented light” so as to make it “easier for the French government to convince their public that it is self-fulfilling that Kosovo receives visa liberalisation.”