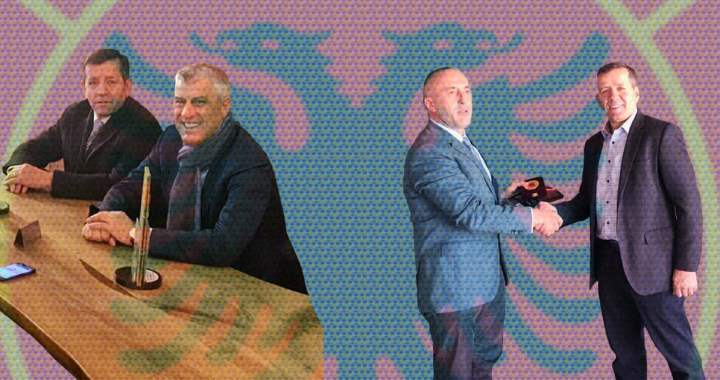 Former KLA commanders traveling to the Hague in recent weeks were bestowed with the glory of heroes by Kosovo leaders, even though some have already been convicted for war crimes by local courts.

In April 2008, the former chief prosecutor of the International Tribunal for the Former Yugoslavia, ICTY, Carla Del Ponte, who filed indictments against the main KLA commanders among others, claimed in her book “The Hunt: Me and War Criminals” that immediately after the war, they were trafficking the organs of Serbian prisoners.

After publishing this book, the Committee on Legal Affairs and Human Rights of the Parliamentary Assembly of the Council of Europe charged the Swiss Liberal Democrat, Dick Marty, to draft a report on these charges and prepare a draft resolution.

In December 2010, Marty published a report entitled “Inhuman treatment of people and illicit trafficking in human organs in Kosovo,” claiming that while Serb forces were withdrawing and NATO was entering Kosovo, the KLA committed many crimes against Serbs, against Kosovo Albanians suspected of being ‘traitors’ or ‘collaborators,’ as well as against the victims of internal conflicts within the KLA.

Marty also added that NATO were “de facto allied” with the KLA as they entered Kosovo, yet NATO’s inability to establish control over the territory at a time when “numerous crimes were committed” against these groups meant they were unable to punish those responsible.

There can be no denying that, after the end of the war in Kosovo, innocent civilians Serbs and other ethnic and political groups were murdered. Many international organizations for human rights that reported on the violation of the rights of the Kosovo Albanian citizens’ by Serbian and Yugoslav authorities raised their voice about these murders.

The post-war murders were best documented in the report “The Abductions and Disappearances of Non-Albanians in Kosovo” from 2001 by the Humanitarian Law Fund, under the auspices of human rights activist Natasa Kandic.

The report of the Fund said that in the period from June 12, 1999 until September 1, 1999, 835 Kosovo citizens of Serb, Montenegrin, Bosnian and Roma nationality disappeared or were abducted in Kosovo.

According to the report, from this overall number, the KLA released 141 of the kidnapped, 24 of them escaped from KLA prisons, 13 were released through KFOR mediation, 62 were killed after being kidnapped, and the last 593 are still considered as missing, from which 257 were kidnapped by KLA or by persons acting on behalf of the KLA.

336 others are still considered missing under unclear circumstances. These murdered and missing are among some 13,500 people murdered in Kosovo; most of whom were Kosovo Albanians.

In August 2015, the Kosovo Assembly approved the establishment of the Kosovo Specialist Chambers and Specialist Prosecution Office, known as the ‘Special Court,’ in order to investigate the crimes referred to in the Dick Marty’s Report, and in January 2019, the Special Court summoned some of the KLA commanders for interview.

Leaders of the main Kosovo institutions – The Speaker of the Assembly, the President and the Prime Minister – all three of them top KLA leaders, after meeting with the commanders that were summoned for interview by the Special Court before they went to the Hague, stated that the KLA war was fair and “clean.”

The purpose of the KLA war – Kosovo’s freedom – was just, but the KLA war was not a clean war because of the crimes that were committed, crimes in which top KLA leaders, unfortunately, were also implicated.

The KLA war was not all clean, however, and this has been proven by the decisions of local courts in Kosovo. One of those summoned by the Special Court, the former Commander of the Llapi Operational Zone Rrustem Mustafa, alias ‘Remi,’ was found guilty in 2013 and imprisoned for four years for war crimes, a conviction which was also confirmed by the Court of Appeals.

Furthermore, the President of Kosovo has described those who were summoned for interview at The Hague as “war heroes, who will forever remain as such for the people of Kosovo.” Although these commanders were not previously convicted, the statement of the President is scandalous. The President of Kosovo ignored the decision of the Kosovo courts, which have sentenced Rrustem Mustafa recently summoned to the Hague for war crimes.

By meeting the commanders before leaving for the Hague, giving them flags and by praising them as well, the leaders of Kosovo institutions have proven to the world that Kosovo’s political institutions do not differ much from their Serbian counterparts, institutions which have even organized a book promotion for the former Yugoslav war commanders convicted in the Hague for their criminal offenses.

While Kosovo Albanians are rightly complaining about the accomodation of Serb criminals in Serbia’s institutions, we should in no way have such practise being copied by Kosovo institutions. Of course, these situations largely cannot be compared, due the well-known fact that Serbia committed systematic crimes across Kosovo.

However, we are aware as well that Serb, Roma, and Albanian civilians were murdered, and a number of them are still missing today since the last war.