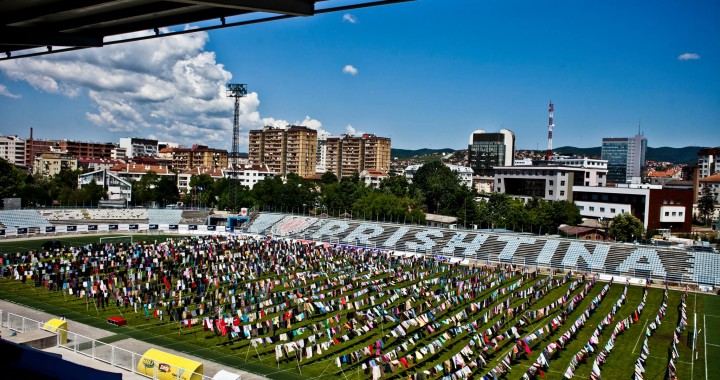 As for Serbia, on whose behalf those appalling crimes took place, the memories of these women and their violated humanity will continue to constitute the strongest possible indictment of the country until it finally atones for these crimes.

She was 21 years old and seven months pregnant when they held her in a barn and took turns, one by one, raping her and kicking her in the belly. Uniformed Serbian paramilitaries with bandanas on their heads, they wielded knives and guns while viciously attacking her body and her unborn baby. When she was interviewed a year later, she couldn’t repeat the words they uttered to her or perhaps did not remember them because of the physical pain inflicted on her.

Another 23-year-old described being strip-searched and raped after a paramilitary found her husband’s phone number written on a piece of paper in her underwear. The two women were among 96 cases of rape by Serbian and Yugoslav forces committed shortly before and during the 1999 NATO bombing campaign and documented in a 2000 Human Rights Watch report. The report notes that many other incidents went unreported. Reading these accounts today is a harrowing experience, but a necessary reminder that thousands of women and girls – estimates run as high as 20,000 – were viciously attacked.

The story of wartime rape in Kosovo was commemorated last week through the “Thinking of you” campaign, which poignantly showcased thousands of dresses in Prishtina’s soccer stadium. It is as relevant today as it was 15 years ago, when Human Rights Watch began documenting these crimes. The consequences of these crimes have reverberated over the years and the wounds remain fresh for many who endured the atrocious dehumanization of their bodies and minds.

While most of these rape victims have remained silent and done everything to suppress their terrible memories, some cases have ended even more tragically. Take the case of a young woman named, Mirveta, who was raped and impregnated by Serbian uniformed soldiers in spring 1999. According to the UK Guardian, which told her story in 2000, her husband abandoned her and she became an outcast to her relatives. Alone and devastated by a crushing feeling of guilt, she gave birth to a baby boy, held him for a few seconds close to chest, and then snapped his neck, killing him instantly.

The Guardian reported that hundreds of babies were born to raped women in Kosovo in January 2000, citing data from the Red Cross and other organisations. How those children have been raised and treated by those who know the circumstances of their birth remains a painful mystery and their stories may never be uncovered. Mirveta’s story, however extreme, is only one reminder of the unimaginable pain and unending anguish that these women experienced and continue to endure while much of society has moved on.

Rape in Kosovo, as in much of the world, remains a strict taboo, and the majority of victims choose to keep silent and carry their secrets inside them. Wartime rape is even worse, given the terrible stigma of being dehumanized by one’s national enemies. For those women in Kosovo, who were discovered to have been raped, life in the past 16 years has resembled a kind of dark purgatory. Haunted by memories and often abandoned by their families and relatives, these women exemplify the most enduring tragedy of post-war Kosovo.

It has often been said that a test of a civilized society is how it assumes moral responsibility and treats its weakest and most vulnerable members. On this test, Kosovo governmental institutions have failed these women. Lack of broad-based institutional support for these victims constitutes shameful negligence on the part of government institutions and all those who aspire to rehabilitate the devastated human landscape of Kosovo.

As for Serbia, on whose behalf those appalling crimes took place, the memories of these women and their violated humanity will continue to constitute the strongest possible indictment of the country until it finally atones for these crimes. It is especially important for the political class to muster the courage to to terms with this dark episode, especially in a country that has failed to bring to justice most of those who committed such heinous acts. If Serbia aspires to show the world that it does not condone these crimes, it has a moral and political duty at last to take full responsibility for what happened, and offer its resources to seek justice for the victims.