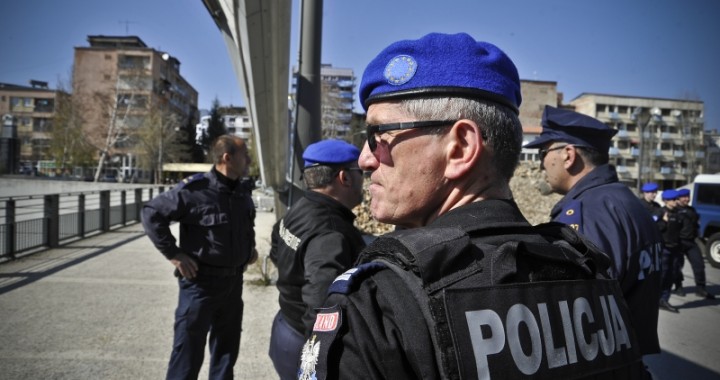 How the West failed Kosovo

By seeking stability over rule of law through their missions in Kosovo, the West has created a fragile state in the heart of Europe, argues Capussela in his latest book translated recently in Albanian.

Studies, including books, on Kosovo are countless. Most of them make useful, albeit sometimes polemical, contributions to Kosovo’s history. It is difficult to find a book on Kosovo, regardless of the genre and focus that does not ‘waste’ considerable space discussing the events of and from 1389.

In his recently published book whose Albanian translation was promoted on April 21, “State-building in Kosovo: Democracy, Corruption and the EU in the Balkans” (hereinafter the book), Andrea Capussela makes the necessary leap in which he very briefly discusses some key historical events leading to the independence of Kosovo in 2008. As such, and as far as its temporal focus is concerned, the book’s main focus is on the political economy (in a broad sense) of Kosovo’s post-independence period. As for the events and actors, the book engages equally and critically with both Kosovo national political elite, as well as their international counterparts.

In his book, Capussela asks “Why has the West created a fragile state in the heart of Europe’s least stable region?” (p. xii). The rest of the text is an attempt to answer this question. Despite its broad and ambitious character, the question is both important and necessary. It is important because there remains a gap in the literature on state-building, political economy, and international relations in dealing with the intent rather than usually believed “accidental” negative actions of international (democratic) actors in state-building abroad. It is similarly necessary because it informs both academics and policy makers regarding the mixed interests among democracies when engaged collectively in state-building, a fact often taken for granted..

Many conclusions can be drawn from the book, but to squeeze it into one sentence, Capussela’s general conclusion is that the West (pretty much the Quint – The US, the UK, France, Germany, and Italy) was not committed to actually building a just state based on modern democracy and rule of law beyond making it look as such on paper (Constitution, laws, etc.), but has intentionally allowed the main political elite (criminal groups) to accumulate as much power as they can so to keep the region stable. This means that the West’s cooperation with these gangs was necessary for their interest in short term stability.

Such a conclusion is different from those of other studies on international engagement in Kosovo because Capussela explicitly states the intention of the West and its diverging interests over time, usually focused on short term stability. The actors are willing to pay any price, including ensuring that criminal groups remain in power and sidelining any well-intended political actors who view Kosovo differently from these gangs.

But why? According to Capussela, this has been the case because despite its capabilities and abilities, the West, through its massive military presence, did not fully and properly establish an international monopoly of force while KFOR (NATO) and UNMIK were fully in charge of administering Kosovo. This means that the West did not disarm those who later turned out to be criminals leading the state and their future interlocutors. This has allowed these armed elites to always have the ability to threaten the West with the potential instability. This leads Capussela to argue throughout his book that “violence works,” and this is one of his strongest convictions.

Was the West capable of establishing the necessary international monopoly of force? According to Capussela, yes. He says that:

“[t]his was not inevitable, because immediately after the 1999 conflict the social order was still malleable and the elite had not yet entrenched itself. […] It could count on deterrent effect of NATO’s presence, on Kosovo’s near-complete dependence from international political and financial support, and on the fact that achieving independence entirely depended on the goodwill of the international community” (p.34)

He supports such arguments with compelling evidence: many times through his first-hand experience while directly involved in post-independence state-building processes in Kosovo as the head of the economics unit of the International Civilian Office. Capussela furthermore uses such evidence and is successful in making yet another extremely useful contribution regarding international supervision of Kosovo and externally induced rule of law mission, more specifically EU’s Rule of Law Mission in Kosovo (EULEX).

Studies on EULEX have mushroomed recently, and much like a few other critical studies on EULEX, Capussela, shows how the EU mission intentionally dropped organized crime cases in which high profile elites were involved. Some of the cases which he reported to EULEX were simply sidelined and the mission was simply incapable of implementing its mandate. Capussela still believes that an externally driven rule of law mission can be successful with the right resources and, let’s say, under the right circumstances. I personally believe that a genuinely functioning rule of law has a chance to thrive mainly through indigenously-driven factors, possibly with some “discursive assistance” from the important international actors in Kosovo.

The book uses a conceptual framework which Capussela builds by juxtaposing two strands of literature, political economy and state-building. His conceptual framework relies heavily on the usual rational choice institutionalists such as Acemoglu, Robinson, North, etc. This is important to mention because reliance on such a conceptual framework guides much of Capussela’s analysis and many of his conclusions, especially those in which he attempts to draw causal and counterfactual arguments to support his claims – which he does effectively. For instance, to ensure a well-developed and western style democracy a state/society needs to have institutions that ensure that markets remain open, the proper implementation of constitutional checks and balances, and the independence of economic regulators.

However, such a conceptual framework is necessarily based on assumptions that may limit arguments and conclusions that Capussela draws. For instance, through such a conceptual lens, it is very difficult to answer why is it that Kosovo had a much larger GDP and other indices in the 1970s and early 1980s (of course, with adjusted annual rates taken into account) when the institutions were not very transparent and not very inclusive and open. That is why, when drawing some comparisons, Capussela does so horizontally (i.e. Kosovo vis-á-vis other former Yugoslav republics) and not vertically (the same case – Kosovo – over different periods of time during different institutional and systemic set-ups). In spite of this, Capussela is very transparent and open with his framework, and he uses it judiciously.

A final note before I conclude. The reader of the book may get the impression that upon discussing organized criminal activities of many of the Western supported bandits in power, Capussela at times burdens such a discussion with an ethnic cloak. In other words, the discussion on organized crime seems to be laden, more than necessary, with ethnic adjectives, such as “Albanian criminal groups” and other Albanianization of such phenomena. This is my  impression, and it may as well, and most likely, not have been the author’s intention. With my experience in studying, dealing with, and observing political events in Kosovo and the region, such adjectives are not necessary as they are quite equally distributed among ethnicities, including within Kosovo itself. On the other hand and to his credit, Capussela successfully manages to dispel the usual rhetoric on corruption as cultural, drawing some comparative examples to other European cases. It is enough to read his section on EULEX to understand this perfectly.

It is interesting, however, that Capussela still remains optimistic about Kosovo. He believes that it cannot go like this for very long, and that there is a potential for non-elite groups and civil society to actually crack the gap – which the author believes exists – and penetrate the system and remove the bandits from power. Capussela is very honest about this and mentions it in the book for several times. However, as long as the well-established democracies of the West continue to support these bandits in power, I believe penetrating that gap will remain difficult for many reasons which the scope of this review prevents me from outlining here.

Overall, “State-building in Kosovo: Democracy, Corruption and the EU in the Balkans” is an excellent addition to literature dealing with Kosovo, the Balkans, state-building, international peace-building, and political economy, and those interested in these fields should find it very useful. The book should be particularly enlightening for Kosovo’s 50,000 plus students who have unfortunately been brainwashed through the elite controlled education system to believe that whatever the West does in Kosovo, especially when it supports these gangs, is best for Kosovo.