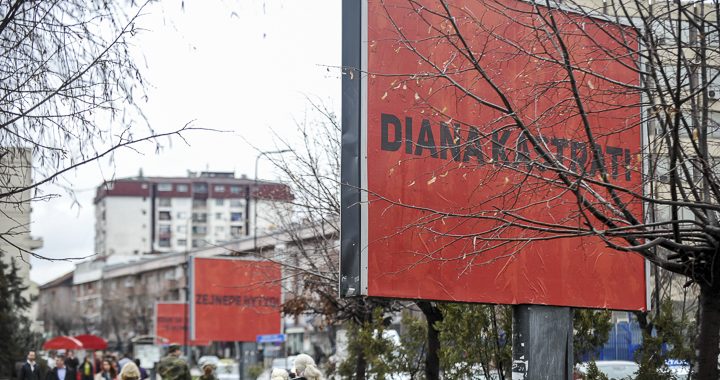 Kosovo Police confirmed that a woman died after sustaining "accidental" injuries from a firearm in Gjakova earlier this morning.

A woman in Gjakova was reported dead after being received by the emergency room at the city’s hospital the early hours of this morning, according to the Regional Directorate of the Kosovo Police in Gjakova.

Kriste Gjoka, commander of the police station in Gjakova, said that the woman succumbed to a gunshot wound.

“Our first suspicions are that the incident was caused by the victim’s husband. So far we only have suspicions of an accidental murder,” Gjoka said.

A press release by the Kosovo Police says that, based on the statements from the victim’s family, the woman accidentally fired the gun while she was cleaning it on her balcony. The release further says that the children ran out and saw the husband helping the woman.

“According to the children, the couple lived in harmony and did not have problems with each other, and suspicions are that the event was accidental and the woman was cleaning the firearm with which the act was supposedly carried out,” the press release reads.

The husband left his home after the incident and was later arrested by the police.

“According to his [the husband’s] statement, the victim was holding the firearm and it accidentally fired while she was cleaning it,” the release reads.

The incident is currently being investigated by police in Gjakova, and the body of the victim was sent to the Kosovo Forensic Institute for autopsy.

Earlier this month, a man shot and killed his wife and daughter in Brekoc, Gjakova, causing protests in multiple cities around the country against domestic violence, accusing responsible institutions of negligence.

Following another protest by Vetevendosje, MP Saranda Bogujevci was arrested after activists hurled red paint across the Kosovo Police headquarters in Prishtina.