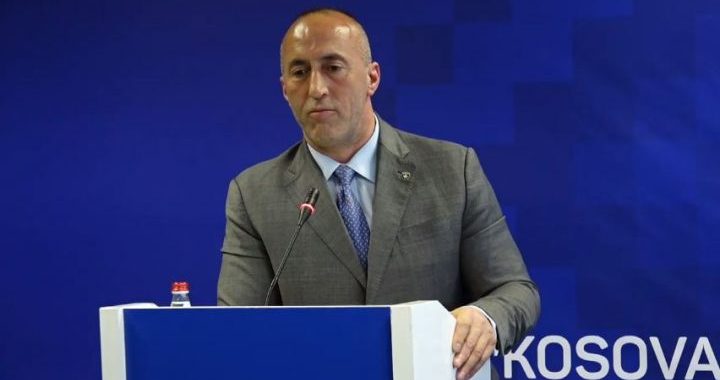 World Bank numbers on unemployment ‘do not stand,’ says PM

Kosovo Prime Minister Ramush Haradinaj denounced the statistics published by the World Bank on Tuesday, that concluded that the employment rate in Kosovo has fallen in the last twelve months.

The World Bank published its annual Western Balkans Economic Report on Tuesday, which explained that Kosovo’s economy has grown by around 4.2 per cent thanks to higher service exports and private and public investment. However, this has not curbed the falling employment rates in the country.

“Kosovo continues to experience economic growth without job creation,” reads the report. “The recovery in employment in the second half [of the fiscal year] could not compensate for the job losses in the first half, despite strong economic growth.”

In a press conference on Tuesday, when asked about the the latest report from the World Bank, Haradinaj insisted that there has been a growth in employment rates.

“These numbers do not stand. The way you interpret it is another thing. There are no job losses in Kosovo, rather there is a growth in new jobs,” said Haradinaj.

“It is good news that Kosovo leads with economic growth in comparison to [other] regional countries,” said the leader of the opposition party. “But it is bad news that during 2018, we have lost 17,000 jobs and that this economic growth, based on public investments, is not generating the creation of new jobs.”

“Where does Isa Mustafa find that 17,000 job losses happened in 2018?” questioned Matoshi on his Facebook page. “The pretensions of the leader of LDK Isa Mustafa that during 2018 there have been 17,000 job losses is trying to manipulate the public, because this is not derived from the Survey of the Agency of Statistics of Kosovo.”

While confirming that there have been job losses, neither the Kosovo Agency for Statistics report nor the World Bank specifically reported that there has been a decrease of 17,000 jobs in Kosovo.

However, Mustafa’s statement that increased economic growth will not benefit Kosovo in terms of job creation was confirmed in the Economic Report.

“Given the large number of new entrants into the labor market, higher public spending will not be sufficient to significantly reduce chronically high unemployment,” the report reads.

The World Bank suggested reforms in order to stabilize Kosovo’s economy, including shifting resources toward tradable sectors, investing more in health and education to improve the skill set of the labor force, and encouraging youth and women’s participation in the labor market.