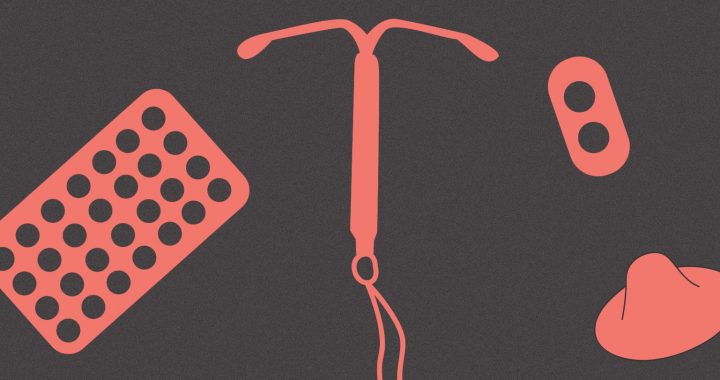 We have to combat the shame and silence around sex, teach children about agency over their own bodies, and support sex education in schools.

The correct terminology for the vagina and penis are hardly ever used, and it is not rare for a situation to occur in which everyone laughs when a five-year-old boy makes degrading remarks using offensive language. On the other hand, if the same boy would start a serious conversation about his own body, he would be silenced, because such conversations are considered embarrassing.

Nonetheless, the body remains a taboo subject in our culture. But why? We carry our bodies with us daily; or rather, our bodies carry us!  Why refuse to acquaint ourselves with them? Even in cases when there is interest in the subject, there are no educational resources that would enable further exploration.

Here’s an example: when I was working in a youth center in Kosovo, on World AIDS day a sponsor gave us a large box of condoms. It was our duty to distribute them together with informative brochures to the local youth. But only the booklets were circulated. I was prohibited from distributing the condoms, with the reason being that it would shame young people and consequently they might refuse to come to the center.  Shame that persists because the subject is deliberately kept a taboo by adults.

During this process it appeared that many young people were not aware of the ways HIV is transmitted. At the end of the event, my male colleague was offered the condoms. When I wanted to take some, I was judged, prohibited from doing so, and asked why I needed them… well, maybe for protection?

We cannot stop young people from having sex. They will not ask for permission, they will just do it behind our backs. If adolescents are deprived of sexual education, they might be faced with the following consequences: unwanted pregnancies, followed by social exclusion from a society that bears responsibility for giving fruition to this subsequent result in the first place. Let alone the numerous sexually transmitted infections that can be transmitted through unprotected sexual intercourse. In Prishtina, protected sex is largely met with indifference. Most men support unprotected sex, claiming they do not want to be dispossessed of ‘authenticity’ during intercourse. Women, not daring to confront their partners, follow suit.

Most people are not even familiar with the correct terminology for their genitals, instead reducing deeper knowledge about body parts to slang. A standardized sexual and gender theory education would provide pre-teens and teens with the possibility of acquiring the necessary knowledge about their bodies in order to serve as a strong prerequisite for forming respectful and healthy relationships.

In contrast to my mother’s upbringing, nowadays there are no traditional gatherings with our grandmothers, aunts and cousins in the oda where ‘the topic’ is discussed.

My mother told me, “when my grandmother, aunts and cousins visited, we slept in the oda. During these sleepovers we stayed up and talked until dawn. Back in the days, there was no Internet, not to mention sexual education in schools. These nights served as crucial events to our sexual education.  Everything was explained into detail, so we learned what would await [us] after our weddings…”

In today’s Kosovo most young people have access to the Internet. However, on the very same platform, one can find distorted pornographic depictions of sexual conduct that embody anything but reality. Most pornographic movies portray visual representations of rape culture. Ultimately, they transmit the message that women should not enjoy sex  (surprise, women love sex too!).  Equally, that sexual violence is normal and women shall succumb to submissive roles.

Gezim Kelmendi, a former MP in the Kosovo Assembly and now the leader of the party Fjala (The Word), made a Facebook post on November 28, saying that he was against sexual education, because  he “doesn’t want a culture where partners are changed like socks.” Instead, he said, he “wants a culture full of morals and religious education.”

Ne kemi kulturen e tone dhe moralin tone; we have our own culture and our own morals.

Now to you, Mr. Gezim Kelmendi. If you had studied anything related to education or cultural studies, you would have known that culture is a social construct and continuously shifting; we are ever evolving, men equally to women, as human beings and as societies.

Sexual education needs to be normalised, otherwise we will educate another generation of self-hating, transgressing adults. Let me further explain how this might be translated into practice. It is not children that fear the topic of sexual education, but adults. Children perceive their bodies as normal. Children’s shame and alienation from their bodies comes as a consequence of education from adults. Many individuals, myself included, have been obstructed from exploring their own bodies scrupulously, or to just contemplate themselves in the mirror – one’s own body!  Your body should be the most familiar to you.  It is a precondition for self-love and acceptance.

Failing to recognize the necessity of granting children agency over their own bodies can have devastating consequences.

This brings me to my plea for all parents, big sisters and brothers: when children learn self-acceptance and respect for their own bodies, they are better equipped to determine healthy boundaries around physical interaction.

It is necessary to respect the fact that children belong to themselves in the first place.  If the child doesn’t want to be touched, then this has to be respected. If these boundaries around physical attachment include rejecting hugs from family members, they are to be respected.

A healthy relationship to one’s own body and sexual education prevents abuse during childhood. Throughout my course as an educator, I have had the opportunity to attend a number of conferences and workshops related to sexual education and combating child abuse. These, inter alia, included extensive discussions with police and criminologists, who often conclude that sexual abuse happens mostly within families; perpetrators often include close family members, relatives or neighbours. Additionally, most children are not aware their boundaries are being disregarded when an adult or stranger touches them in their most intimate areas of their body, which largely occurs because children have not been taught the importance of self-ownership and rights to their own bodies.

Whilst this is a breach against their physical, emotional and personal boundaries, children might confuse it as normal. Generally speaking, immediate family members, such as grandmothers and grandfathers, uncles and cousins are deemed as trusted individuals.  Even when children sense a breach, they might fall pray to the situation.  This is particularly true in cultures in which reporting and speaking up against abuse leads to social exclusion, and where victims are silenced by the usual ‘Shuj se marre!’ (Be quiet, this is shameful!).

Consequently, victims of sexual abuse are forced to continue and live in the same house with their abusers, mainly because of the lack of willingness to provide help. In this hush-culture, sufferers of sexual abuse refuse to speak up.

I stand for sexual education in schools. That does not prohibit me from supporting religious education. I think both could work together. I do not wish you any threats. All I wish is that others, and myself, will not be threatened anymore. These threats only contribute to the toxic masculinity that controls this society, kills our women, and abuses our children.

Translated from German by Rine Limoni.