The Serbian language is being studied alongside Albanian at the University of Pristina in Kosovo for the first time since the war ended in 1999 – part of a new programme intended to help bridge ethnic divides.

It’s Thursday morning and lecturer Lindita Rugova is busy preparing for Balkanistica, the newly-launched teaching programme at the University of Pristina’s Faculty of Philology.

More than two decades after Kosovo Albanians fought a war to break away from Serbian rule, the Serbian language is once again being studied at the University of Pristina, the main public university in Kosovo, as part of the Balkanistica programme.

Rugova, who is also the dean of the Faculty of Philology, has been working for more than two years to design the programme, which offers students an opportunity to study both Albanian and Serbian, as well as the history of the Balkans, in an attempt to overcome linguistic barriers.

“Balkanistica was originally designed as a bilingual programme and its content will be unique. It is not only about the scientific aspects of the languages in the Balkans, but also the cultural, historical and literary aspects,” Rugova told BIRN.

The programme is significant because linguistic divisions in Kosovo have widened over several decades, and continue to be endemic, reflecting persistent inter-ethnic animosity.

When Kosovo was a province of Serbia in the former Yugoslavia, the Albanian language was used in official documents and communications, alongside what was then known as Serbo-Croat. This ended in 1989, when Slobodan Milosevic’s government abolished Kosovo’s provincial autonomy.

From that point on, Serbo-Croat was the only official language, even though ethnic Albanians constituted the majority of Kosovo’s population. Universities and secondary schools were also closed to ethnic Albanians, so they set up their own parallel education system, in which Serbo-Croat was not taught. This continued until Milosevic lost control of Kosovo in the 1998-99 war.

All of these developments widened the linguistic divide, which has continued since the war ended. Today, Serbia still maintains control over the education system in Serb-majority areas of Kosovo, where schools use the Serbian state curriculum, which doesn’t include the teaching of Albanian. Meanwhile, ethnic Albanian pupils are not taught Serbian.

“The past still has a heavy influence, and it will take a long time until the tensions are relieved. Based on the history of my family, who suffered persecution by the Yugoslav regime, there are still remnants of the painful past. However, these dividing lines are slowly fading away,” said Rugova. 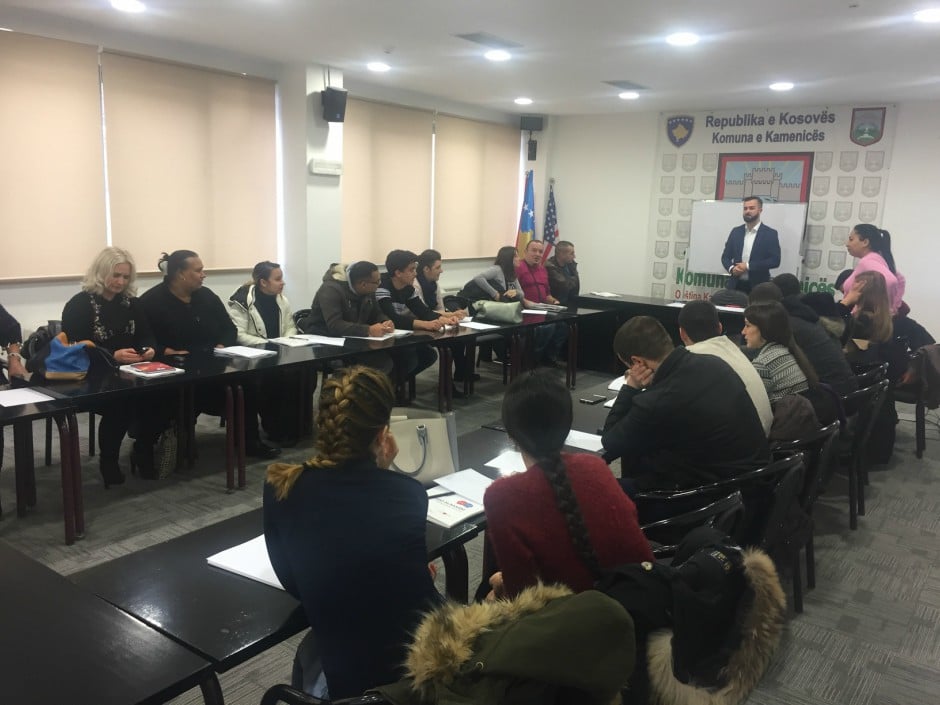 Bojan Stamenkovic teaches an Albanian language class in the town of Kamenica in 2019. Photo: BIRN.

For more than two years, Bojan Stamenkovic taught Albanian-language classes to Serbs while working as deputy mayor of the ethnically-mixed eastern Kosovo town of Kamenica.

Now Stamenkovic is the only Serb among 11 students who will attend the Balkanistica programme at the University of Pristina.

“Learning each other’s language would help [Albanians and Serbs] get closer to each other,” he told BIRN.

The programme also has other practical applications. The Office of the Language Commissioner, the government body that deals with language issues in Kosovo, is hoping that it will help meet a desperate need for professional translators.

“We are facing a permanent crisis as regards translators. We worked hard with the Faculty of Philology to open this programme and we believe it will help us to narrow the huge gap in translators,” Arta Pllana, communication coordinator at the Office of the Language Commissioner, told BIRN.

“More than three decades of political and ethnic divisions, war and the dramatic changes that have occurred with the younger generations, fewer of whom speak Serbian, have resulted in this crisis,” she explained.

Pllana said that during the first two years of study, students will be able to achieve the appropriate competence in Serbian for translation work. 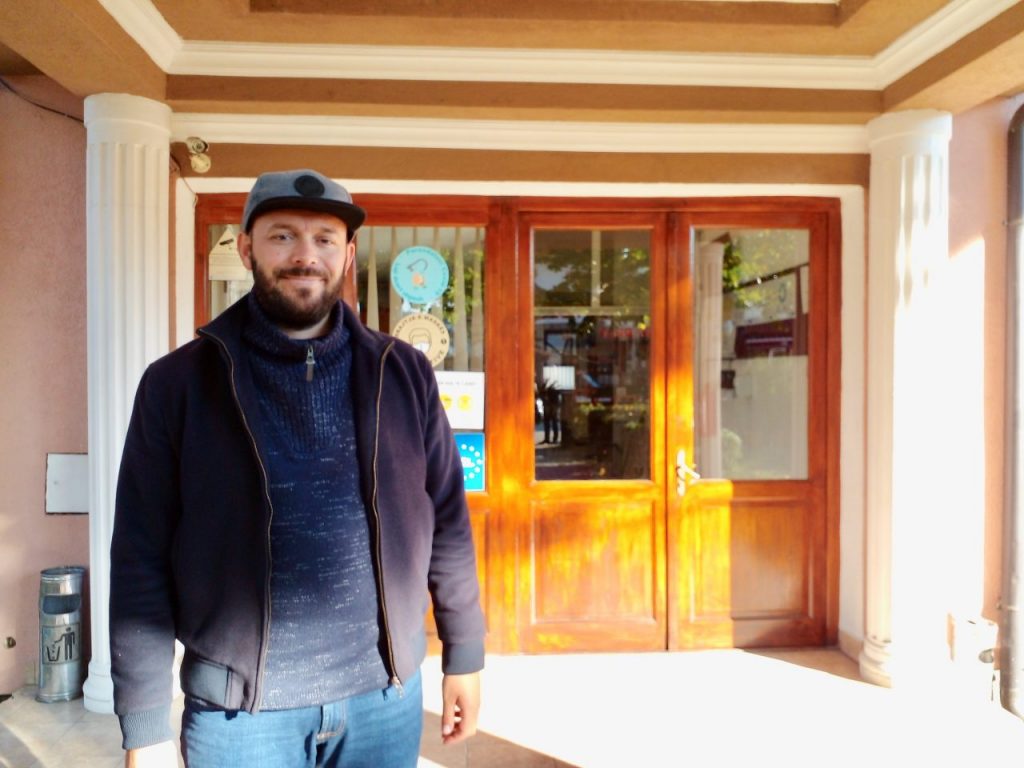 Since 2001, Albanian and Serbian have been Kosovo’s official languages, while Turkish and other languages are also in official use in certain municipalities in which large numbers of people from those communities live.

But the Office of the Language Commissioner cautioned in its last report that full implementation of the legal framework that guarantees the equal use of official languages in Kosovo is still a challenge.

“We observed that translation of draft legislation and adopted legislation remains unsatisfactory at both the central and local levels,” said Pllana.

Stamenkovic also said he is not satisfied with “the quality of Serbian translations provided by institutions”.

But he is optimistic about what the new programme could achieve: “I believe that learning the language of one’s neighbours contributes to reducing the gap between communities,” he said. “By breaking down language barriers, we create a strong foundation in society and reconciliation.”

One of the other students, Armend Gecaj, also expressed optimism.

“Despite the bloody wars between the countries of the former Yugoslavia, especially the war between Kosovo and Serbia and the ongoing tensions between them, the programme is helping bring Albanians and Serbs closer,” he said.

by Perparim Isufi
Next: Uncategorized

In Kosovo, atheists have to hide their convictions