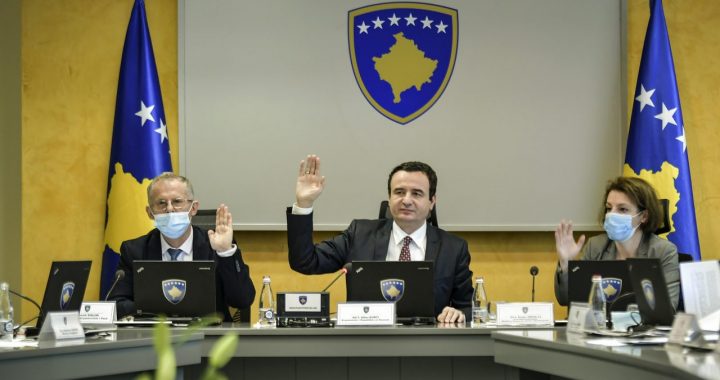 Following the US's lead, the Kosovo government has imposed sanctions on seven individuals and one company linked to the terrorist organisation Hizballah.

Seven individuals and one company linked to the Islamist terror group Hizballah have been put under sanctions by the Kosovo government following a decision taken by the US administration last month.

The decision, taken by Pristina authorities on Wednesday, was published on the government’s website on Thursday.

It says that Kosovo is implementing sanctions imposed by the United States in accordance with UN Security Council Resolution 1373 on international sanctions, adopted in September 2001, weeks after the 9/11 terrorist attacks in New York and Washington DC.

Under the decision, seven individuals linked with Hizballah and AlDar Properties company have been sanctioned “to prevent financing of terrorist activities and freeze the financial wealth of Hizballah terrorist organisation or their supporters in … Kosovo”.

Sanctions include freezing their assets in Kosovo, travel bans and a ban on Kosovo individuals and entities sending direct or indirect funds to them

The company listed in the sanctions, the Qatar-based AlDar Properties, according to the decision, has been declared as “directly or indirectly controlled by Sulaiman al-Banai”.

On September 2020, the then Prime Minister of Kosovo, Avdullah Hoti, and the President of Serbia, Aleksandar Vucic, signed separate under the auspices of then US President Donald Trump, mainly on “economic normalisation” but also covering political and security topics.

“Both parties pledge to designate Hizballah in its entirety as a terrorist organisation, and fully implement measures to restrict Hizballah’s operations and financial activities in their jurisdictions,” said one document which Kosovo Prime Minister signed.

Hizballah is a militant Shia Musim organisation based in Lebanon. it is designated a terrorist group by the EU, the US and most members of the Arab League, but not by Lebanon or Russia.