With no designated opera or ballet house to call their own – and not much in terms of subsidies – professional dancers say it’s high time they received more institutional support.

Kosovo’s culture scene has been in turmoil in recent months with cancellations of music festivals occurring left and right and professional dancers vocalizing their discontent with the institutional negligence that has left them performing in poor conditions.

In the latest setback, on June 10, the National Theatre in Pristina had to cancel a ballet owing to a bad smell caused by sewage canals overflowing due to rain.

Local media report the Ministry of Culture promising to conduct a full restoration of the theatre after the Construction Faculty of the University of Pristina concluded that partial reparations will not fix the damage. Nevertheless, a project of work has yet to be compiled.

Kosovo still has no designated Opera and Ballet Theatre. Pristina municipality decided on a suitable location only in late April, after parliament voted to establish a Kosovo Opera in 2021.

Dance professionals claim the lack of infrastructure and investment has halted their advancement, while the government pledges to fix the issues with the Minister of Culture, Hajrullah Ceku, promising a revolution in culture.

As if the problems that dancers face daily are not enough, in mid-April Ceku angered professional dancers by saying Kosovo “doesn’t have graduate choreographers”.

Ceku’s claim sparked a dance performance protest in front of the Ministry of Culture and drew condemnation from choreographers.

The ministry clarified that Ceku was referring to an Ombudsperson’s report, which had concluded the highest level of education in ballet in Kosovo was at secondary or high-school level.

“In the explanation that he [Ceku] offered, referring to the opinion of the Ombudsperson, he referred to the need to establish university-level education in ballet, while unintentionally at one point he also mentioned choreography,” the ministry said.

Robert Nuha, a Kosovo-based choreographer and professor at the private University AAB, told BIRN that it is difficult for students to trust their professors when “their professors’ education is insulted”.

“As choreographers, we feel devalued by our state because we have never been consulted for our expertise, which could have served to pave the way for the development of choreography in Kosovo,” Nuha told BIRN. 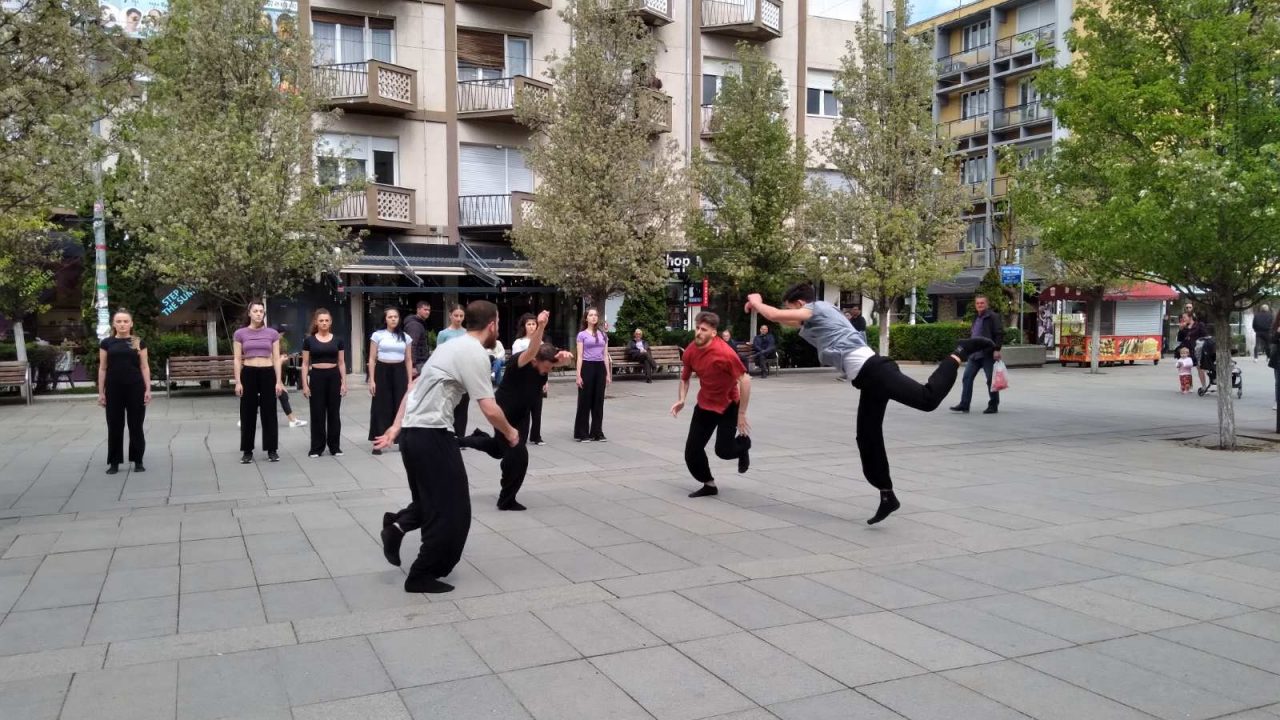 A dance performance protest in front of the Kosovo Ministry of Culture, Youth, and Sports in the capital Pristina, April 29, 2022. Photo: BIRN

One of the main obstacles facing Kosovo professional dancers is the lack of a proper Opera and Ballet house, or any alternative facilities to the National Theatre, for them to practice and perform.

“One of the main obstacles the scene faces is the lack of the necessary infrastructure and alternative spaces, and of course the lack of higher institutional support,” Nuha told BIRN.

“Alternative scenes for contemporary dancers are missing. There is a lack of infrastructure, halls and an inclusive environment … a place where youngsters can work on their capacities to get more opportunities,” Nuha added, noting that even the National Theatre Ballet troupe works in terrible conditions.

“The biggest challenge for choreographers in Kosovo is the poor information about the benefits, importance and weight of cultural development that choreography holds,” Erna Salihu, a 22-year-old student of choreography and sports dance instructor and owner at Joy Dance & Sports, told BIRN.

“This is due to the lack of space for presentation and the weak professional support given to choreographers in general, especially by state institutions,” she added.

Only in late April did the Municipal Assembly of Pristina decide the location of a new potential multifunctional theatre, mainly for opera and ballet.

That decision came about a year after the Ministry of Culture, Youth, and Sports gave up on constructing an Opera and Ballet Theatre close to the Technical Faculty of the University of Pristina.

In 2006, it was decided that the Opera and Ballet hall would be constructed close to the Technical Faculty and a foundation stone for the start of construction was laid in 2009.

However, construction has since stagnated, leaving only an open hole in the ground for a long time.

In November 2019, the then Pristina mayor, Shpend Ahmeti, declared at the presentation of the regulatory plan for the area surrounding the Technical Faculty that the decision to build the opera house had been revoked. The Ministry of Culture eventually accepted the municipality’s decision.

The Ministry of Culture told BIRN it was now “in the process of announcing the call for the design of the Opera and Ballet facility, and will continue construction of a facility where dancers will have their official home and a dignified space”.

Dancers need second or third jobs to get by 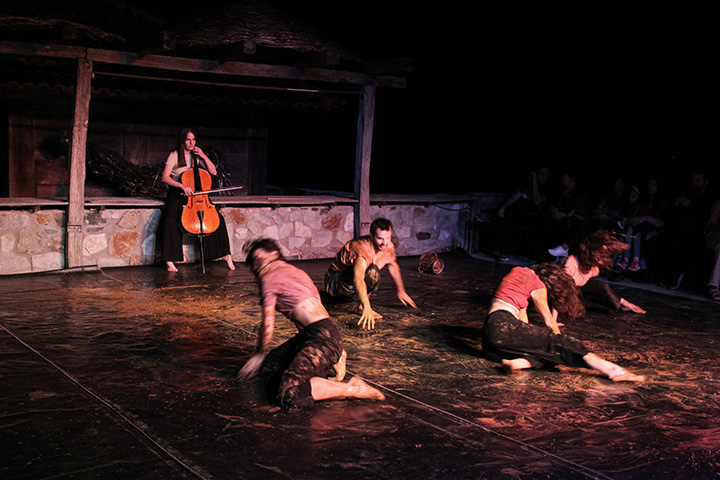 While the Ministry of Culture promises to improve the conditions for dancers, the dancers themselves complain of a lack of support.

Salihu, also a graduate student in local government, is one of the dancers who protested in front of the Ministry of Culture in late April.

She told BIRN that the lack of state support “forces choreographers, alongside their personal sacrifice for this profession, to find secondary and tertiary jobs to be able to maintain themselves, their families and their primary profession… and young people not to choose choreography as a profession”.

The ministry, however, emphasizing that “Kosovo has high quality choreographers and dancers that can compete on a worldwide level”, told BIRN that this year it has “already announced calls for support for … the allocation of scholarships in order to supplement the necessary staff.

“We are in the process of a complete cultural reform and in this context, in cooperation with the Ministry of Education, we will see the possibilities of completing curricula at different levels of education, and for the field of dance to be taught in schools and universities.

“Also, for the first time, a call was made for financial support for dancers healing and recovering from injuries,” the ministry said.

The ministry also claimed that, “through cultural subsidies, they are assisting ensembles and civil society [groups] that promote and cultivate the art of dance”.

Nuha, however, responds that Kosovo has not “done enough, not only for the [national] ballet troupe, but also for other groups,” such as his contemporary dance company, which he claims has not even had the opportunity to “request assistance from the ministry”.

by Antigonë Isufi
Next: Big Deal