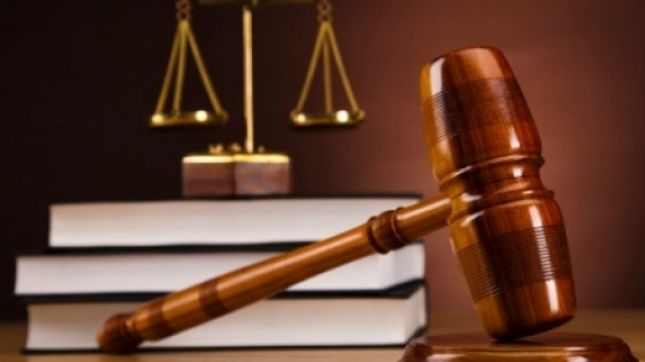 Kosovo and EU officials have been negotiating the ins and outs of the special court for months. Details remain spotty, but what we do know potentially has troubling legal implications that could extend far beyond the court.

The creation of a special court to try serious crimes allegedly committed by Kosovo Liberation Army fighters from 1998 to 2000 is more or less a done deal. Kosovo is establishing the court at the behest of the EU to deal with allegations made in a report made to the Council of Europe by Dick Marty in 2011. Parliament approved it in 2014, and on February 8, the government proposed two constitutional amendments that would allow it to legally function. The court, to be based on the Netherlands, likely will operate through so-called “special chambers” within Kosovo’s judicial system, in part, under its own set of rules. Kosovo and EU officials have been negotiating the ins and outs of it for months. Details remain spotty, but what we do know potentially has troubling legal implications that could extend far beyond the life of the court, particularly what the EU has proposed.

The principle of ne bis in idem, more commonly called double jeopardy, is enshrined in legal systems across the world, including Kosovo’s constitution. It short it means that a person cannot be tried twice for the same crime, once appeals are exhausted. But the EU foresees allowing this in cases where defendants have been acquitted previously. Making an exception for potential defendants is wrong and creates a troubling precedent.
International judges as the appeals panel

Kosovo’s Constitutional Court is designated as the court of appeals for cases from the special court. But troublingly, the EU proposal envisages having appeals heard exclusively by a panel consisting of the court’s three international members as opposed to the court as a whole. The problem is that the court, by law, makes decisions with quorum of at least seven judges. This proposal is a clear breach of the Constitution and the Law on the Constitutional Court, and undermines the legal authority and independence of the country’s highest legal authority.

Brussels proposes that international judges are selected by an EU panel and appointed by the head of EULEX. This includes the international members of the Constitutional Court. Potentially this would mean a repeat of dubious extension of their mandate in 2014, which bypassed procedures clearly laid out in the Constitution.

Its own little country

The special court would have the power to enter into agreements with other countries on issues such evidence and sentencing, bypassing ratification procedures in Article 18 of the Constitution of Kosovo. This proposal completely undermines Kosovo’s national sovereignty, and opens up the door for a court operating in its borders with the ability to enter into international agreements that aren’t in the country’s national interest.

A single official — an ombudsperson distinct from the one who represents Kosovo as a whole — would have the right to refer matters concerning the special court to the Constitutional Court. This pointedly leaves out the president, government, MPs (if at least one-fourth of them), and the state ombudsperson who have the right to make referrals to the Kosovo’s highest court, as written in the constitution. And it will make it much harder for Kosovo’s leaders to challenge the court. While this may seems like a good idea — as it would protect the court from being attacked with nuisance complaints — it comes at a price of making the court less accountable.

Last but not least, the EU proposes the creation of a parallel police force for the special courts. Why would the special chambers need parallel police structures when Kosovo Police has the capacity to deal with the necessary security matters? A new police force would undermine Kosovo Police, which was largely successful in proving professional, efficient and effective law enforcement in Kosovo.

The creation of the special court is the culmination of the failures of UNMIK, EULEX, ICTY and Kosovo’s own justice system to deal with war crimes allegations against the KLA. It’s vital that the court is set up in way so it can succeed unlike its predecessors. So far there are encouraging signs that the Kosovo team in talks with the EU is pushing back against some of the more troubling proposals: such as the creation of a special ombudsperson and having the three international judges related cases in the Constitutional Court. But in other areas, such as allowing for double jeopardy and the extension of the judges’ mandates, the team is compromising on worrisome proposals. Kosovo also has a future beyond these prosecutions. It ultimately will have to live with any changes to the Constitution, laws and new precedents set by the court. That means it is also vital that the justice system isn’t thrown out in the course of doing justice.
Furtuna Sheremeti is the head of BIRN Kosovo’s legal office and the coordinator of the court monitoring project