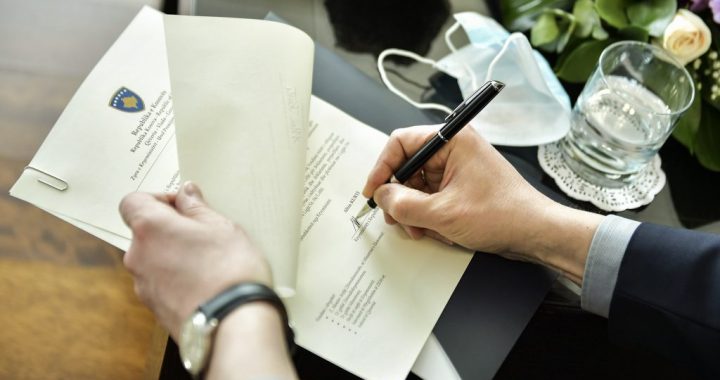 The social policies that drew so many voters to Vetevendosje are present in the Kurti Government’s newly revealed programme, but a lack of detail raises concern about how quickly they can be brought to life.

For the vast majority of Kosovo’s post war history, governing programmes were the result of days of deliberations, as parties seeking to form a coalition government negotiated over policies drawn from their various electoral manifestos. This bargaining process often meant election winners having to dilute their policies and make compromises with junior partners in return for their parliamentary support.

This is not the case this year. Vetevendosje’s landslide victory on February 14 has allowed them to form a government without the need for a significant coalition partner and, in theory, create a governing programme without making serious concessions.

The scale of their victory was particularly encouraging for supporters drawn to Vetevendosje for their social policies, reinforcing hopes that the more equal society the party had so often promised could be realised through the new government.

On the 50th day since Albin Kurti’s second government took office, the governing programme outlining its key priorities was finally revealed. And while many of the social policies the party have championed throughout its existence are prominent features, in many places a lack of detail generates more questions than answers on exactly how, and when, these policies will be realised.

The programme often remains rhetorical, vague and fails to provide further details than those provided in Vetevendosje’s election manifesto. Instead of a fleshing out of policies, the main difference between the programme and the manifesto is that specific figures and targets have often been dropped.

For instance, in regard to pre-school education, Vetevendosje ambitiously promised during the election campaign to add 160 kindergartens across Kosovo. This figure, however, is completely absent from the governing programme, with only pledges to “construct new kindergartens” and “reallocate existing spaces in schools” in its place.

Only 44 public kindergartens currently exist in Kosovo, and taking state action to increase access to preschool education was often correctly identified by Vetevendosje as a key policy in the fight against poverty and gender inequality. In a recent BIRN debate, education Minister Arberie Nagavci again stressed the importance of ensuring equal access to preschool education, and promised to double the number of kindergartens within the government’s first mandate.

However, even doubling the number of kindergartens in Kosovo would only be around a quarter of the way towards the target of 160 that Vetevendosje outlined in February.

While some figures have been lost, other promises from the election campaign continue to lack detail. In February, Vetevendosje promised an affordable housing scheme delivered through the state, offering 4,000 families the chance of home ownership through payments of either 120 euros for 120 months or 150 euros for 150 months.

The scheme has reappeared in the governing programme, citing an annual cost to the Kosovo budget of 22 million euros. However, no further details have been provided. There is no potential start date for the scheme, no information on how the housing will be acquired by the state, or the locations in which the apartments will be offered.

Another important question is who will be prioritised for this scheme. In February, the election manifesto cited young couples, single mothers and public sector workers including teachers, doctors, police officers and firefighters, as well as civil servants. However, the governing programme only cites “4,000 families” as the beneficiaries of the scheme.

For a scheme that is envisioned to cost nearly 90 millions euros over the course of the government’s mandate, the lack of policy detail provided is discouraging. The whole policy is outlined in the space of a single paragraph. It raises questions over what exactly was added in the 50 days between the government’s election and the publication of its governing programme.

There are many other policies that are explained with a similar brevity. For example, there is no expected start date for the implementation of a scheme to provide six months of maternity pay to unemployed mothers.

Meanwhile, under policies designed to tackle poverty, the governing programme promises to “design” new social schemes and pledges to provide guaranteed seasonal work for one family member from each of the around 25,000 families registered on the social scheme.

The absence of detail here is again dispiriting, with no elaboration on the nature of the seasonal employment or when it might start. These policies are promising, but details need to be provided in order to give them life and ensure belief amongst society that they can be enacted.

Another key detail that is often missing is costs and how policies will be funded, especially in the midst of the ongoing pandemic.

It is a policy that could quickly become costly. According to the Kosovo Statistics Agency, 29,000 new babies were born in Kosovo in 2019. Assuming the figures are similar year on year, there are likely to be close to 60,000 children under the age of 2 in Kosovo at any one time, meaning a bill of around 14.5 million euros per year just for payments made to under 2s.

The policy of 250 euros monthly maternity pay for unemployed mothers could also add up quickly. The unemployment rate for women stood at close to 33 percent in 2019 and is likely to have been exacerbated by the pandemic. If we assume that around a third of babies are born to unemployed mothers, this policy could also cost around 15 million euros per year.

It is important to state that these policies are to be supported. Maternity pay could provide much needed financial support to the socially disadvantaged and help address numerous causes of gender inequality, while the introduction of a child benefit can be seen as the beginning of a much-needed strengthening of Kosovo’s meagre welfare state.

However, the costs are likely to reach the tens of millions of euros, and the question over where the money will be found is inevitable. A budget review foreseen for June may reveal where cuts have been made, while the governing programme also envisions numerous reviews of public institutions to stop money from leaking out of the state purse.

One of these policies is an expansion of the labour inspectorate to help tackle informal employment, thereby generating more tax revenue. However, again here figures and targets have been lost in the transformation from manifesto to governing programme. In February Vetevendosje promised to quintuple the number of labour inspectors, while the programme only envisions “an increase” in inspectors.

It is one of many areas where the programme feels weak. It is common for governments to be judged on their first 100 days in office. For the new Kurti Government, the Kosovo electorate has now waited roughly half of that time to receive a programme that, on social policies at least, often more resembles a wishlist than a clear route towards a restructuring of the social contract.

This is particularly discouraging in Kosovo as that electorate is increasingly impatient for change. Too many policies have been lost in political limbo over the years – citizens are still waiting for the implementation of a health insurance scheme promised at every single post-independence election.

Vetevendosje’s first governing programme has already generated far more discussion than most that preceded it – an achievement in itself. Encouragingly, it also focused more on social policies than any previous governing programme. However, these policies need to be realised, and their effects need to be felt in society, sooner rather than later.