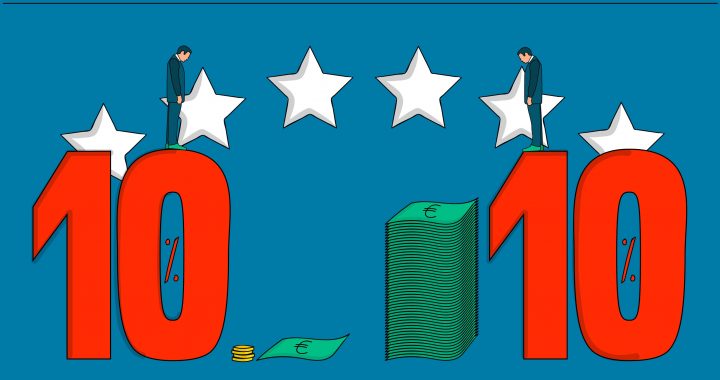 The possibility to withdraw 10 per cent of pension savings announced by the government last week is useless for the social groups worst hit by the pandemic and puts the future financial security of those who may decide to withdraw at serious risk.

By the end of this year, Kosovo citizens who have pension savings will be entitled to access to these savings before reaching retirement age. The economic crisis caused by the COVID-19 pandemic has seen many families faced with great financial difficulties. To stimulate consumption and financial circulation, the Kosovo Government has provided the opportunity for citizens to withdraw 10 per cent of their pension savings.

In June, knowing that part of their pension savings could be accessed, citizens flooded the website of the Pension Savings Fund, the Trust, to calculate their share. This volume of traffic to the Trust’s website caused it to crash, as it could not handle such a large number of visits. Meanwhile, the Trust has given several explanations through its official Facebook page, noting that savings cannot yet be withdrawn without necessary amendments to the Law on Pension Funds.

According to the 2020-2023 Government Program, the Hoti Government envisages that 170 million euros of the economic recovery package, which is totalled at 1.2 billion euros, will come from withdrawals from the Trust in the form of returns on pension savings for those already contributing to their pension.

Under the initial plan, these withdrawn funds would be recovered by the government within the next five years. However, the Government later changed its initial decision, stating that it would not recover the withdrawn savings, as this would not be fair to citizens who are not subject to pension savings or who have very little to their name.

The draft law on economic recovery was handed over to the Assembly at the end of July and is expected to be approved at its second reading later in August. The contributors will have the possibility to apply for the withdrawal of their savings electronically starting from September, provided that the Trust manages to make all the necessary preparations to electronically manage claims and payments.

But how will this measure affect the overall economy? Because of Kosovo’s high unemployment and economic informality, half of the working-age population (about 577,000 people) do not have a single cent saved in the Trust. On the other hand, 629,096 citizens who have been lucky enough to have a job in the formal economy have very little savings in their pension funds. For a significant chunk of the population, this new policy will have little to no bearing on their current or future financial security.

Kosovars have saved a total of two billion euros in pension contributions over all. If every active contributor decides to withdraw 10 per cent of their savings, then the maximum amount withdrawn will be 200 million euros, equivalent to 2.7 per cent of Kosovo’s GDP.

On the other hand, 7 per cent of contribution payers (just under 51 thousand people) can withdraw an average of over 1,000 euros in pension savings. This 7 per cent of people contributing to their pension constitutes 44.7 per cent of the total amount of savings that can be withdrawn from the Trust, or 89.5 million euros. But do we really expect this category of contributors, already the highest-paid people in Kosovo, will touch this money at all?

Consequently, this category of contributors will either not withdraw 10 per cent of their pension savings at all, or will deposit this 10 per cent in their bank accounts in fear that this money may lose value. This possibility is supported by the latest data of the Central Bank of Kosovo, according to which the number of cash deposits being made has reached record heights during the pandemic. This is because people with larger incomes and businesses are deciding not to invest due to the economic crisis.

If the 37 per cent of contributors with the fewest savings and the 7 per cent with the most savings decide not to withdraw the money (or deposit them in banks), then it is expected that, approximately, only 107 million euros will be withdrawn and set for circulation in the country’s economy.

The withdrawal of pension savings before the age of 65 risks establishing a new practice when the government is faced with future crises, where in response to economic instability, the government makes the decision to allow for such withdrawal of savings to take place. When considering the utility of such a practice, it bears reminding that a significant part of the funds withdrawn from the Trust will end up abroad due to the high trade deficit.

Further, according to the GAP Institute, with an average of 3,284 euros saved in the Trust, citizens can receive 200 euros per month for the first 16 months of their retirement. But it is worth noting that, according to the World Bank, life expectancy in Kosovo sits at an average of 70 years of age for men and 74 for women. Consequently, the withdrawal of funds at this time may reduce the financial security of Kosovo citizens in the future when they may need to rely on this fund to survive.

The possibility of withdrawing 10 per cent of your pension savings could likely be much ado about nothing. Fundamentally, the country’s economy is not expected to significantly benefit from this measure. While a very small segment of people (about 29 per cent of the working-age population) will benefit from this money in the short term, the financial burden of withdrawing the money prematurely will weigh them down in the upcoming years, a short term solution to a much longer term problem.