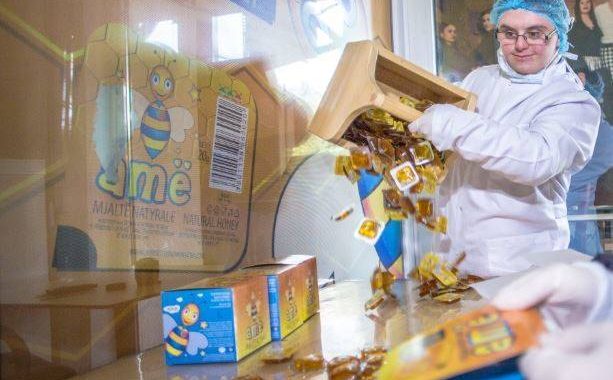 Down Syndrome Kosova has still not received a response from the government one month after it requested financial assistance to ensure it can provide therapy to over 300 people with Down Syndrome in the country.

Around 300 people with Down Syndrome, of which 120 are children aged under 12, are on the verge of being left without therapeutic services due to a lack of funds at Down Syndrome Kosova, DSK.

The organisation, which supports itself mainly through grants and donations, runs the Down Syndrome Centre in Prishtina, which has been providing psycho-social services for people with Down syndrome for 13 years.

Sebahate Hajdini-Beqiri, the Executive Director of DSK, told BIRN that the organisation’s four branches, in Prishtina, Ferizaj, Prizren and Mitrovice may no longer be able to operate after September if financial assistance is not provided soon.

A month ago, on July 14, DSK sent an official request to Prime Minister Avdullah Hoti, as well as Minister of Finance Hykmete Bajrami and Minister for Social Welfare Skender Recica. In the request, DSK asked Kosovo’s state institutions to consider the possibility of allocating part of their budget to support psycho-social services for people with Down Syndrome.

“DSK has addressed the request directly to Mr. Hoti and we are still waiting for an answer,” Ermira Shabani, a psychologist at DSK told BIRN on Friday. “Unfortunately, due to the created situation, we risk closure, and we are calling on all institutions for support.”

DSK has launched a campaign ‘Support the Development of My Potential’ in which they have requested financial support to provide therapeutic services for children with Down syndrome.

“So far, a number of individuals, some businesses and a few MPs have joined this campaign,” Shabani said. “Providing therapeutic services for people with Down syndrome is essential, so we thank all of those who have joined us in this initiative and invite others to do so.”

As well as addressing the relevant ministries, DSK also invited all 120 MPs at the Kosovo Assembly to support the campaign. According to Shabani, in the month since the request was sent, only three MPs, Endrit Shala, Faton Bislimi and Valdete Idrizi have responded.