Against Bleak Global Backdrop, Kosovo’s Dokufest Ponders ‘How to Survive?’

The Kosovo film festival Dokufest has become a lifeline for many in the southern city of Prizren. In 2022, against a backdrop of war, pandemic and climate change, the festival asked questions about survival.

Every day at 5 p.m., Bashkim Çava sets out his roasted corn stall on the bank of the Lumbardhi River in Prizren, southern Kosovo.

He’s not alone; along the river, tired traders offer carved wooden goods, handmade necklaces, tattoos, pancakes, old books, artwork and children’s toys. And this is peak season for them – a two-week window in August when tens of thousands of foreigners and locals alike flock to Prizren for the renowned international film festival, Dokufest.

Sixty-eight-year-old Çava will work until 11 p.m., trying to earn enough money to buy the medicine his wife needs to treat her cancer, while festivalgoers hurry excitedly through the city, tickets and souvenirs in hand.One cob of Çava’s roasted corn costs a euro. He sells up to 50 a day during Dokufest, but barely 10 on other days.

“It’s very hard dealing with corn right now because of the heat from outside and from here,” he said, pointing to the barbecue he uses. “So hot that you can’t even eat bread, only water, otherwise your lungs will rot. I’m very worried because my wife has cancer and I can’t get enough of the medicines. She’s been operated on five times.”

Çava’s plight speaks to the theme of this year’s Dokufest, which ends on Saturday – ‘How to survive?’Returning in full after a year of only operating online and another in hybrid mode due to the COVID-19 pandemic, Dokufest 2022 has hosted 250 documentaries and shorts, exhibitions, workshops and talks, all held against a backdrop of war in Ukraine, climate change and the COVID-19 pandemic.

“The topic ‘How to Survive?’ came as a result of many events in the world, starting from the COVID-19 pandemic and its consequences at the global level, the war in Ukraine, the increase in the effects of global warming, the increase in right-wing ideologies in Europe, America and Asia, etc,” said DokuFest co-founder Veton Nurkollari.

A definitive answer is unlikely, but, Nurkollari told BIRN, “we were and continue to be concerned about all of this and we thought of putting the theme of the festival in the form of a question, hoping for an answer from the films, filmmakers, visitors and all those who in one form or another are there at the festival.” 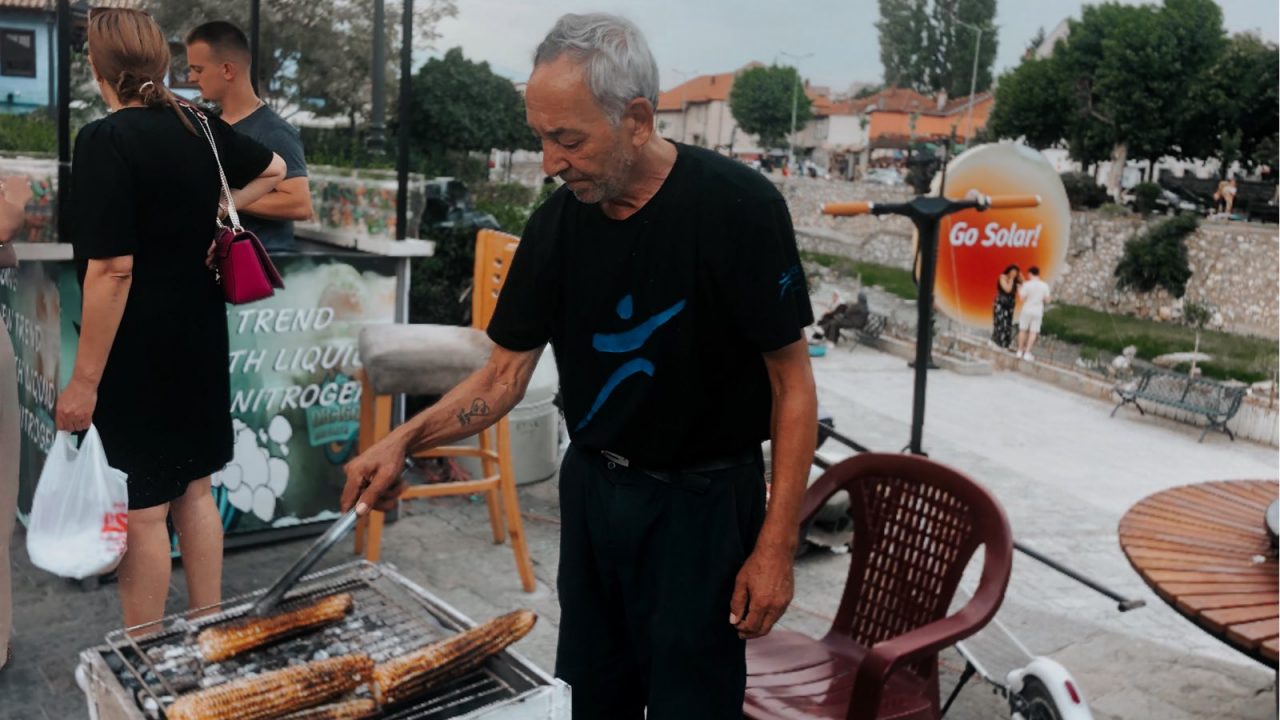 From humble beginnings in 2002, Dokufest has grown to become the biggest cultural event in Kosovo, bringing visitors and much-needed cash to this charming city in the foothills of the Sharr Mountains, once a prosperous trading hub in the days of the Ottoman Empire.

Staff in the cafes of Prizren’s old town say turnover grows by roughly 20 per cent during the festival.Edi Hamza, an art teacher at a local school, moonlights as a pavement tattoo artist. He says business spikes by 30 per cent during Dokufest.

“Foreigners know the value of art and pay more; they have no problems with prices. I’ve noticed an increase in customers these days,” he said.Among the foreigners were Sia, from Mauritius, and Lela from Canada, who were visiting their Kosovar friend Lura and decided to take in Dokufest.

From closer to home, Arsild Tepelia said he was visiting Dokufest for the fourth time from his native Albania, praising “Prizren’s transformation” during the festival.

“The film choice is very good as well as the cultural events and the dynamic,” Tepelia told BIRN.According to Nurkollari, roughly 60,000 people descend on Prizren during Dokufest.

In a 2015 GAP Institute report, the annual economic impact of the festival on Prizren was valued at over 4.7 million euros. 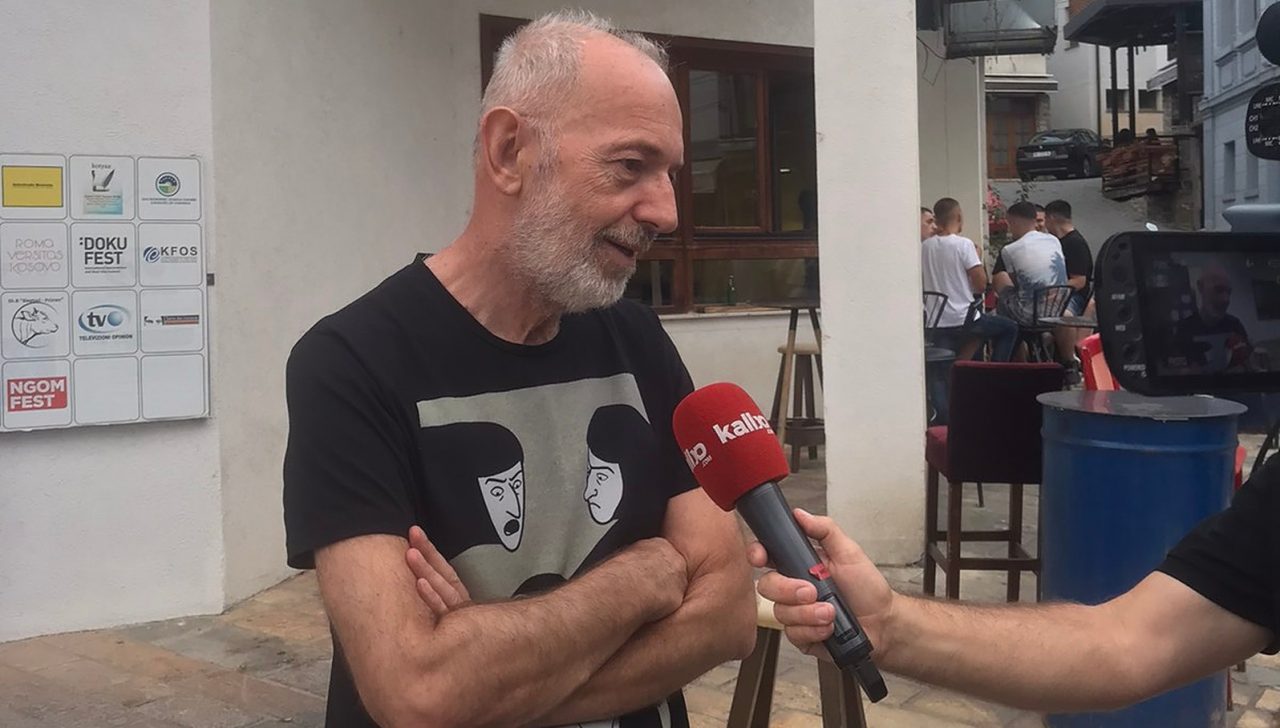 Nurkollari clarified that two of the festival screens had moved to Abi Carshia under a new partnership with the cinema chain Cinemarine.

“I believe that this has been well received by citizens and movie lovers because the cinemas in Cinemarine are modern and with all the necessary conditions for quality screenings,” he said.

Jeton Ramadani, a Dokufest regular from the Kosovo capital Prishtina, said he preferred the outdoor screens, but rain had forced him and his friends to watch some films indoors too.

“The films deal with current topics that affect the world today, such as global warming for example, that touch each of us,” he told BIRN.

Learning from the past 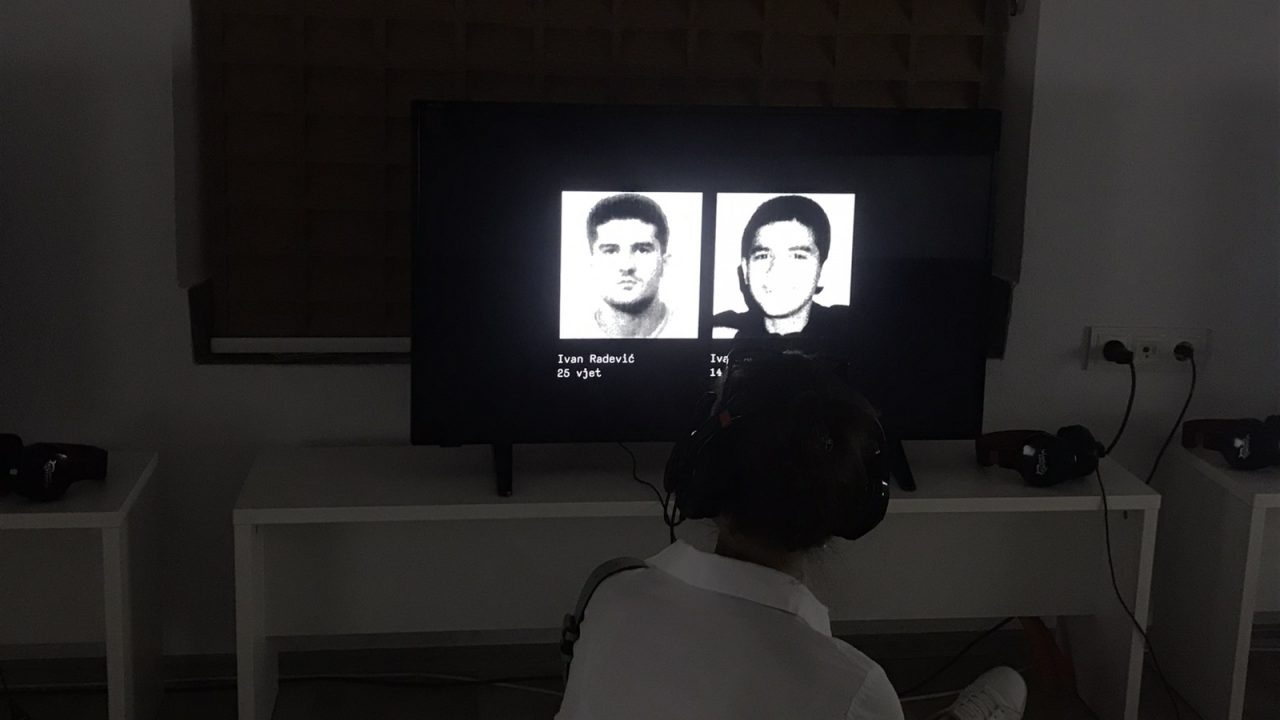 One of the animations made by Humanitarian Law Center Kosovo at DokuFest’s Dealing with the Past Corner at the Shani Efendi house next to Lumbardhi cinema. Photo: BIRN

Among this year’s first-timers were Aleksandra Vusurovic and Rada Aleksic from the Beldocs international film festival in Serbia.“We’ve wanted to come for years now,” Vusurovic said.

Inevitably, the issue of relations between Serbs and Albanians, between their states and the legacy of the 1998-99 Kosovo war are perennial themes of Dokufest.

The festival featured a multimedia exhibition by the Humanitarian Law Centre Kosovo, HLC, including short animations, illustrations, and reports on the war.

The aim, said HLC coordinator Vesa Qena, is to “recognise the past for a peaceful future.”Visitors have the opportunity to watch six animations taking on different “tragic events” of the war, Qena told BIRN.

“The visitors can see two virtual exhibitions: Once Upon a Time and Never Again, dedicated to the 1,133 children who lost their lives and/or disappeared, as well as the exhibition The Grave Is Better than Not Knowing, in memory of the 1,620 missing persons.”

by Ardita Zeqiri
Next: Analysis