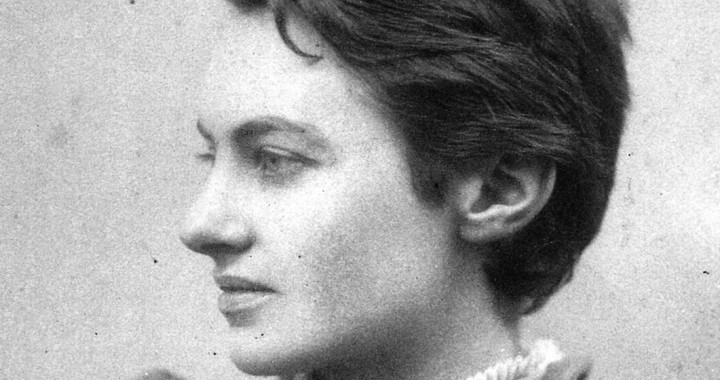 In the summer of 1921, an elderly Englishwoman journeyed to Albania. It was more like a royal progress than a standard tourist visit. “In the evening, a great procession with lights and songs came to do honour, the street full of poor grateful people all cheering,” she wrote. “I was thunderstruck. Went on balcony… [but] was too overcome to reply properly. Thanked as best I could.”

Who was this unusual visitor and why was she the object of such devotion? In fact, she was Mary Edith Durham, the daughter of a London surgeon and a woman who in middle age reinvented herself as an explorer, ethnologist, aid worker, war reporter and campaigner for Albanian freedom.

The reason why so many Albanians “came to do honour,” as she put it, was simple. More than any other foreigner, perhaps, she helped put their fragile new state on the map.

Durham did not bring about Albania’s independence – the Albanians did that. She was not even present when Skanderbeg’s red-and-black flag was ceremonially hoisted in Vlore in 1913. But proclaiming independence was one thing. Countries could not stay independent unless the great powers wished them to be, and the crusade on behalf of Albania that Durham waged in Britain did much to make the case for Albanian state in what was then one of the world’s most important countries.

Durham arrived out in the Balkans in 1900 at what was then the ripe age of 37. Fascinated by what she found, she remained there on and off until the outbreak of war in 1914 forced her to return to a Britain she barely recognized.

The Albanian lands, lying deep inside the Ottoman Empire, were almost unknown to the English-speaking world. Only the poet, Byron, the painter Edward Lear and a handful of others had ventured there. Even fewer had explored the mountains of the north around Shkodra that Durham made her second home.

Durham was taking her life into her hands by trekking into these remote areas, but the Albanians treated her like a princess, kindling a mutual love affair that lasted until Durham’s death in London in 1944.

Fascinated by the idea of discovering “a land that time forgot”, Albania’s backwardness also appalled her. An extensive journey across Serbia had acquainted her with Serbia’s startling progress. The sight of all those railways, electric lights, schools and barracks made her fearful of what would happen if the Ottoman Empire broke up. Compared to Serbia, she wrote, Albania was “a roadless ruin”.

Durham’s championship of the Albanians put her at odds with British opinion on the Balkans, which from the late 1870s onwards had been shaped by an increasingly aggressive Christian narrative. British writers relentlessly trumpeted the case for the oppressed Balkan Christians and talked dismissively of the Albanians as Ottoman dupes and even as infidels.

To counter this bias, Durham bombarded the British newspapers with letters and articles, demanding equal treatment for all the Balkan peoples, not just the Christians. She also compiled the materials for a magisterial survey of the customs and culture of northern Albania, which appeared in 1909 as High Albania.

She lobbied the King of Montenegro, whose confidante she had become and on whose behalf she managed the Montenegrin stage at the Balkan States Exhibition in London in 1907.

At the same time, she cultivated a handful of influential British politicians and thinkers, such as the Tory MP Aubrey Herbert and the radical journalist Henry Nevinson, with them lobbying the British Foreign Secretary, Lord Grey.

In 1912 and 1913, the Christian powers in the Balkans fell upon the Ottomans with the idea of dividing the Balkans up between them. Durham’s worst fears were realized as it became clear that Albania would only get “freedom” within limited borders.

The great powers denied Shkodra to Montenegro, but that was a rare concession to the principle of self-determination. Durham felt especially gutted by the loss to Albania of Gjakova and Dibra. It was ethically and historically indefensible and catastrophic for the new state’s prospects, she said.

Durham had criss-crossed Kosovo several times and, while she sympathized with the plight of the Serbian minority, she felt the land now was almost wholly Albanian. The Serbian claim to Kosovo, she wrote, resembled “a dream in the night of the past. Around us in the daylight was the Albanian population, waiting under arms to defend the land that had been theirs in the beginning of time”.

In the south, where the Greeks were circling, Durham was able to do more. She and Nevinson telegrammed the powers meeting in London on Albania to inform them that Korce never had been and never would be Greek – as a result of which the Albanian border was shifted south. They had “saved Koritza [sic]”, she wrote later, laconically.

Durham did more than just write and lobby. As refugees from Gostivar and Dibra and other towns poured over the border into the truncated new Albania, Durham set up and ran a major aid operation, the Albanian Relief Fund, which saved thousands of lives.

Some of those people were probably among the crowd in Tirana, cheering her hoarse when she visited in 1921. She herself was inconsolable. Years earlier, sitting beside the monastery of St Naum, on the shores of Lake Ohrid, she had dreamed of arranging the frontiers of the Balkans, declaring that she would “remain faithful to the Albanians… and when the grand finale comes, I shall back them”.
Durham felt she had failed them and that her life had been worthless. Feeling miserable after her reception in Tirana, she copied out a line from the bleak poem of Cristina Rossetti: “Lie still, lie still, my break heart,” she wrote. “Lie still, my sick heart, and break”. Durham was unjust to herself. She had done a good deal, and Albanians should remember her.