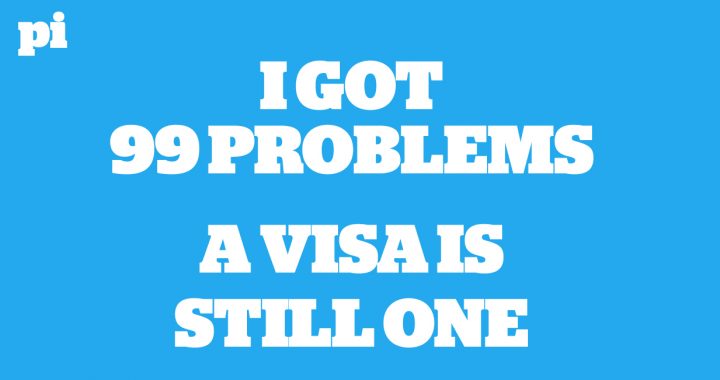 One year ago, the EC recommended visa liberalization for Kosovo. But Kosovars, the only Europeans who celebrate Europe Day, are still spending millions on visas and waiting in degrading embassy queues.

Kosovars are the only people in Europe that celebrate May 9, Europe Day, even though they are the only citizens in Europe who cannot travel without visas.

You can categorize a country’s citizens in many ways, be it based on economic, social, political, or residential criteria and so forth. This time, I will divide Kosovo citizens into three categories with regard to their relation with the Kosovo passport.

The first group comprises Kosovo citizens who possess a Kosovo passport but it remains unused throughout its validity period of 10 years because they are not granted visas. The second group includes Kosovo citizens who have to apply for a new passport every three years because their passport pages are filled with stamps and Schengen visas, which are issued only for the strict duration of official trips. The final group is composed of Kosovo citizens with diplomatic passports who do not wait in front of embassies, do not have to deal with getting travel visas and are exempt from passport and visa expenses, which are covered by the state budget.

I belong to the second category, meaning that I have to apply for a new passport every three years or so due to the number of Schengen visas that I have to get, which last no more than the duration of official trips. In the past seven months I have applied for the Schengen visa twice. In order to fill in the paperwork, one has to visit at least six different public and private institutions, and the whole process costs at least 100 euros. According to a report by the GAP Institute, Kosovo citizens spend on average three million euros every year for Schengen visa applications. The queues are equally composed of unemployed people and businessmen who own millions in wealth and employ dozens of people.

Apart from applying for a visa, getting the answer back is also a task in itself. For example, the German embassy in Prishtina issues a paper after handing in the visa application that is used to reclaim the passport a few days later. When the day comes, one has to wait with hundreds of others and memorize the three-digit number on the paper. From that moment, you are reduced to a number. The official in front of the embassy calls out a number, to which the person waiting responds ‘here.’ Deliberate or not, the practice of substituting people’s names with numbers has been widely used as a method of dehumanization. Most prisons identify inmates with numbers. During the Second World War, numbers were tattooed on captives’ bodies for identification.

On average, about 80 thousand Kosovo citizens apply for Schengen visas each year. In 2015, Kosovars comprised 0.5 per cent of the general number of applicants from all countries for Schengen visas. The number of Kosovo citizens whose visas get rejected has increased year by year. While in 2010 the number of Kosovars whose visas got refused was 9,910, in 2012 this number increased to 11,600, and in 2015, to 15,754. This goes to show that the procedures for getting visas are only becoming more difficult.

Exactly one year ago, the European Commission gave its recommendation for visa liberalization. This recommendation was handed to the Prime Minister of Kosovo by the EU Representative in Kosovo, Samuel Zbogar, at a solemn ceremony in the presence of journalists. The former minister for EU integrations, Bekim Collaku, “congratulated all Kosovars for the recommendation and thanked the European Commission for the decision.” When Collaku resigned from his position,  he said his mission for visa liberalization was fulfilled. Zbogar concluded his mission in Kosovo, happy that one of his pledges–that visa liberalization will take place during his mandate in Kosovo–was satisfied.

A year later, nothing concrete has happened. The dehumanization of Kosovars in front of embassies continues to happen, the number of rejected visas has increased, and political parties, who have started preparing for early elections, will surely offer the electoral promise of visa liberalization, similar as in previous elections. Next week, Kosovo has a public holiday according to the Law for Public Holidays in Kosovo. Kosovo citizens, the only ones in Europe that celebrate Europe Day, are also the only ones who cannot travel without visas.