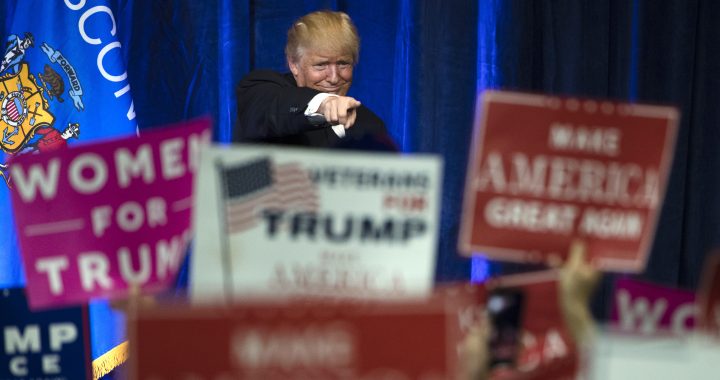 The Balkans and Kosovo brace for President Trump’s foreign policy

Kosovo has not been a priority for the US for some time now, but it is a major American political, economic, and military investment so significant alterations to the current relationship are unlikely.

Donald Trump’s victory in the US Presidential Elections on Wednesday sent shockwaves across the world. The initial widespread sense of disbelief and shock is gradually dissipating to make space for a wider and more profound sense of anxiety both in the US and in the rest of the world. This stems not from Trump’s actual political vision, but from the lack of it. In other words, Trump is a big unknown in terms of the political vision, beliefs and ideas. His campaign, labelled by many commentators as Trumpism, was marked by a unique combination of celebrity, nativism, the outsider phenomenon and populism and not by any conventional set of policies or an ideology.

Although it is too early to speculate how US foreign policy will look like under Trump, American commentators and foreign policy experts have already pointed to two key elements that might shape his foreign policy. The first one is his business-based understanding of the world. According to Ian Bremmer, an American political scientist specialising on US foreign policy, “Trump’s view of international relationships comes from his background as a businessman—they’re transactional.” In this view, much will depend on the terms of what other countries, traditional allies and non-allies alike, will be offering.

Along the same lines, The New York Times wrote this week “in Donald J. Trump’s private conversations and public commentary, one guiding principle shines through: The world is a zero-sum place, and nations, like real estate developers, are either on the winning side of a deal or the losing side.” In other words, his worldview seems to be black and white: other countries are either friends or enemies.

The second element is his emphasis on hard power at the expense of soft power. It is very likely that such an approach will increase the US’ role and presence internationally and thus lead to a bigger polarization of the world politics. His promise to rebuild the American army will most likely materialize, bearing in mind the strong Republican control of both the House and the Senate. Indeed, the recently established Republican control in the executive and the legislative branches of the American government will be a decisive factor in determining a potential change in the course of the US foreign policy.

In any case, while it is plausible that there will be changes in the US foreign policy because of the new political order, one should not exaggerate the extent of change, especially in foreign policy. Although agency plays a crucial role in foreign policy and international relations, the role of national and international political structures is by no means symbolic. It often proves to be a crucial factor in ensuring continuation at the expense of radical change, especially in democratic and stable countries.

While in the Balkans and Kosovo there has been plenty of speculation about a Trump presidency and its implications for the American role in the region, unfortunately we know much more about local preferences (i.e. pro-Trump/anti-Clinton in Serbia and pro-Clinton in Kosovo) than about a future Trump administration’s policies towards the Balkans. I doubt that Trump has any specific knowledge on (despite the fact that he tends to have opinions on everything) or interest in the region.

Notwithstanding , two factors should be taken into consideration when discussing eventual US policy changes towards the Balkans and Kosovo. First, the Balkans and Kosovo have not occupied a central position on the list of US foreign policy priorities for a long time now. Obama’s focus, especially during his second term, has been away from the Balkans and Europe in general. It is very plausible that this will be the case with the new US administration as well. However, this does not necessarily mean that the US will abandon the region completely or revisit its policy profoundly i.e. vis-à-vis Kosovo’s independence, as Serbian media have speculated . Although different US administrations have different policies and priorities in foreign policy, US foreign policy is firmly grounded in institutions and practices.

The second important factor is related to people. We still don’t know who the key figures of the new administration will be. According to some media reports from the US, some of the potential candidates for the position of the Secretary of State include Former House Speaker Newt Gingrich, Republican Sen. Bob Corker, the current chairman of the Senate Foreign Relations Committee. Both of them have worked closely with the Obama administration and have been supportive of the US policy in the Balkans and Kosovo. A more ‘problematic’ candidate would be the former U.S. Ambassador to the United Nations John Bolton.

Bolton has expressed reservations about US support to Kosovo’s independence. On the eve of Kosovo’s declaration of independence in 2008, he wrote an article in The Washington Times against the idea of the unilateral declaration of independence for Kosovo, on the grounds that it would be a dangerous international precedent. Although the prospect of him becoming the new Secretary of State might be a cause for concern in Kosovo, one should not exaggerate the potential of a single individual to alter an important foreign policy altogether.

First, Kosovo is a major American political, economic, and military investment and the policy towards it is very unlikely to be altered significantly. Kosovo has garnered solid and bipartisan support in the US. Second, the State Department relies heavily on career diplomats that serve both parties, who enable it to maintain a considerable degree of consistency in foreign policy. Third, it is different to speak on your personal behalf, on the one hand, and to represent a (major) country, on the other. A case in point is Boris Johnson, the current Foreign Secretary of the UK, whose past stance towards Albanian migrants in the UK and Kosovo was often insulting, to say the least. However, in his recent visit to Kosovo as the Foreign Secretary, he expressed the unwavering UK support for Kosovo.

In sum, although Trump’s election will have considerable geopolitical implications in the US and the world, it is too early to predict any substantial changes to US foreign policy in the Balkans in general and Kosovo in particular, not least due to the fact that the latter are not any more a priority. As for Kosovo, where the overall sympathies were with Trump’s opponent, Hillary Clinton, a Trump administration should and probably will not be a cause of concern. In fact, what should concern Kosovo’s politicians more is their inability to demonstrate state-building and reforming capabilities. In the long run, the threat won’t come from a Trump administration. Rather, it will come from a sinister use by Kosovo’s current leaders of the unwavering and bipartisan US support as a cover up for chronic politicisation of state and public institutions, corruption and lack of development.

Gezim Krasniqi is a Career Development Fellow at the University of Edinburgh, Scotland, UK.