Two childhood friends, Blerta Kosova and Visar Kasa, known as BiCalko, talk about their music and the story behind their first album, Picolo, set to debut this Thursday.

Blerta Kosova and Visar Kasa can’t remember when they met but to them it seems “forever ago.” The duo, who go by the name BiCalko, a portmanteau made up of their childhood nicknames Bibi and Calko, became quick friends a little before first grade, but knew each other since they were literally one year old (their parents were friends too).

Now, more than 20 years later, they are set to release their debut album, Picolo, an ode to a beloved cartoon character full of musings on love and bullying, this Thursday.

“One of my earliest memories with Visar is in first grade. We were sitting at the same desk, but I didn’t have a chair, so Visar offered me his bag, which was bulky and tough, and I sat on that,” recounted Kosova, laughing when I caught up with her alone at Dit’ e Nat’. Kasa, who is currently studying composition and music theory at Jam Music Lab in Vienna, caught up with me over Skype later.

For most of their lives, both Kasa and Kosova lived in Mitrovica. Later they also both decided to attend music high school, a choice Kasa describes as a landmark act of their non-conformist attitudes towards what society expected them to do.

“I remember the first day of high school all of my friends walking in one direction, and me and Blerta changing our path and walking in the other,” he recounted with noticeable pride, but also humbly admitting to the amount of fear he felt at his unconventional decision at the time.

High school set the foundation for Kasa and Kosova’s growth as musicians, by serving as a nesting ground where they ‘delved deep’ into music theory and music in general, in a more professional context.

In 2008, while they were still in high school, Mitrovica Rock School, a project run by the Dutch NGO Musicians without Borders and Community Building Mitrovica, opened. The space allowed the young duo to start their own bands independently from their high school in August of the same year.

Although after high school they went in separate ways (Kosova moved to Prishtina, Kasa to Vienna), they continued working on their collaborative work and in 2012 BiCalko was established. They started working on their album but also spared time for their solo projects.

Kosova, for example, works on her eponymous solo project, while at the same time playing with Zhaba, Battery Love and DJing with Oda Haliti as Tandem. Similarly Kasa has plans to establish himself as a singer-songwriter through the connections he has forged while studying in the Austrian capital.

I inquired about the album’s name, Picolo, which turned out to be connected to a character from a deeply beloved childhood cartoon of mine, Dragonball-Z.

The duo humorously explained how Picolo saves the world thousands of times, but  is never given his due. Touching on themes of bullying and love, which preoccupy the young duo among other things, the album chronicles events that happen to Picolo while he travels through the concept album, song by song.

With Picolo, Kosova said, the duo was critiquing the mentality of bigots who teased them in their youth for having piercings or walking a pet dog. On the other hand, she said, it’s also a lyrical ode to their hometown.

Kasa added that the album is a testament to the importance of standing apart, and not bowing down to societal pressures, adding that the album’s general message is basically “Be yourself.”

“I know it sounds cliche, but that’s really important to me,” said Kasa defensively. 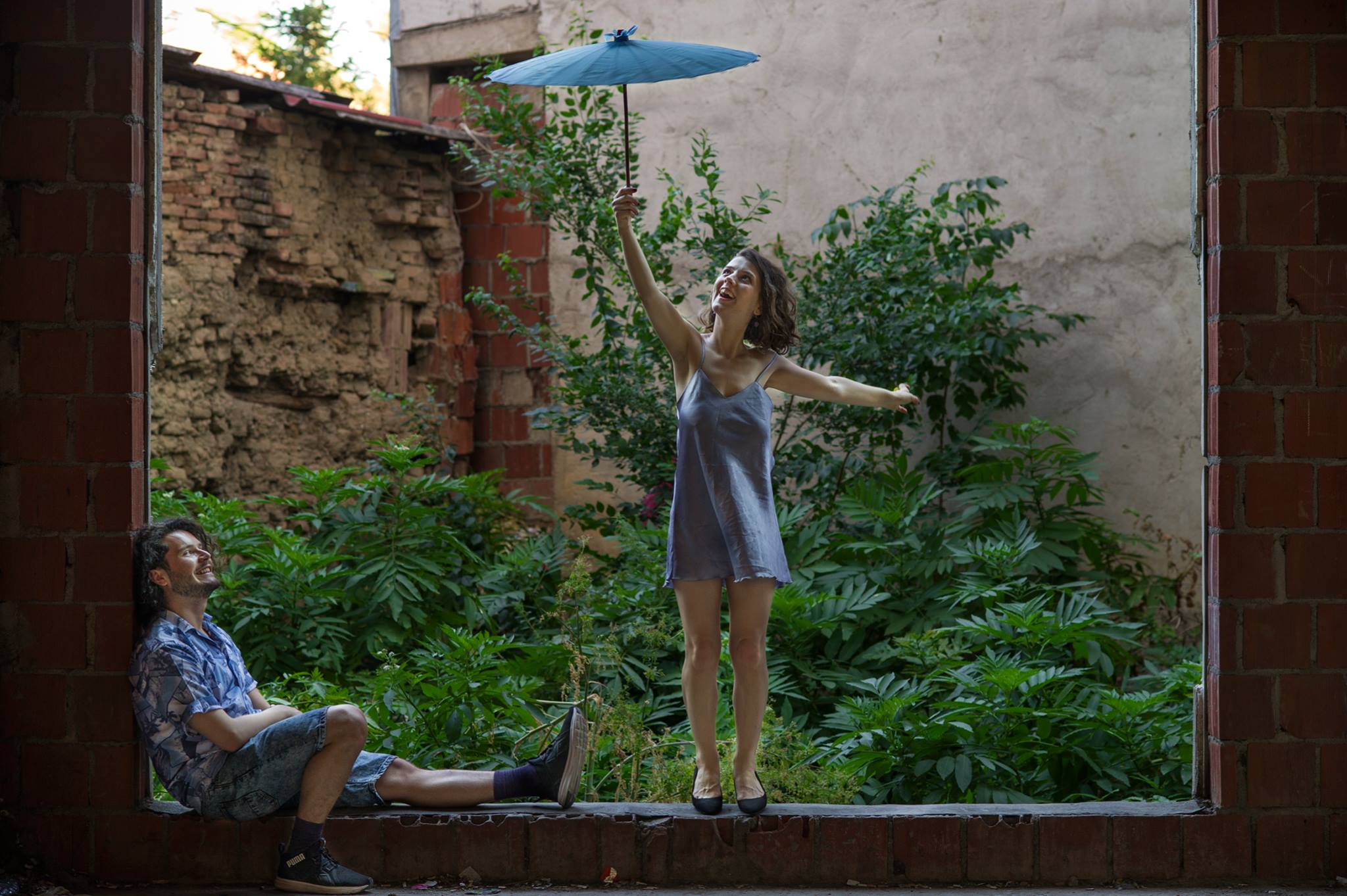 On Wikipedia, BiCalko’s bio reads: “[BiCalko] are primarily inspired by things of a secondary nature, such as chairs, failed parties, air, and flip-flops”. When asked to elaborate on this ‘philosophy,’ they said that the themes they make music with and talk about are ‘secondary’ in the sense that they contrast starkly to what the mainstream musicians sing about.

For example, BiCalko sings about the leftovers at a party, empty wine bottles and such. Highlighting things which go unnoticed gives the duo their raison d’etre – perhaps that’s why they turned to Picolo, the cartoon character who is never praised or raised to prominence. Singing on topics of this nature provides closure for the young duo.

They produced the album in Mitrovica, with major breaks in between producing sessions, due to the fact that Kasa was living in Vienna. Kasa said that although it was challenging not being able to be in the studio at the same time, the long-distance collaboration did have its perks, such as finding out what Kosova had been working on, with the album, while Kasa had been away in Vienna.

Both musicians are diehard Radiohead fans, and the band played a major role in inspiring them to experiment and try out their unique style of composition, while listing Bjork, Grimes, and Massive Attack as their influences as well.

Furthermore, Kosova’s own personal influences include an even wider array of old-school hip-hop, techno, death metal, and even Britney Spears, while Kasa’s solo work, he explained, is centered around the piano and could be considered soul music.

“But this is what makes BiCalko special: an explosion of different tastes and influences. We didn’t have a set genre in mind, we tried it out, and if it worked, it worked, if not, not…but it usually worked,” said Kosova, before turning and yelling suddenly “Dade!” to someone over my shoulder.

Dade turns out to be singer-songwriter Genc Salihu. BiCalko’s album was recorded in ‘Shut Marec’, Salihu’s studio, with the help of Arber Salihu (Genc’s younger brother) and Tomorr Kuci.

“They’re amazing!” yells out Genc, who sees me interviewing Kosova. “BiCalko is one of the groups, artists most dear to me from the young generation in Kosovo. I like how effortlessly modern they are. How naturally minimalistic.”

Both Kosova and Kasa speak very highly of the support they received from Salihu, who was taken in by them the first moment he saw them perform as BiCalko.  The two artists, who are currently studying, didn’t have to pay a cent in recording and bringing their album to fruition.

Kasa also points out how important it was to have a supporter, who backed them up even though their music was unlike anything that had been done in Kosovo before.

BiCalko made their first major debut in 2012 at the Promo stage of Ngom Fest in Prizren, where they won first place and the chance to perform at Dokufest later that year. They explained how utterly astounding it was to be so well-received by the audience, especially considering the fact that they were the youngest act at the show – they were both only 18 at the time.

“We had skeptics who said ‘It’s downtempo, people aren’t used to it, you can’t play at Dokufest because they won’t dance.’ Well we did play, and [the crowd] danced their asses off!” beamed Kasa.

‘Picolo’ comes out on August 17. The album promotion and live performance will be held at Klubi M at 8 pm.