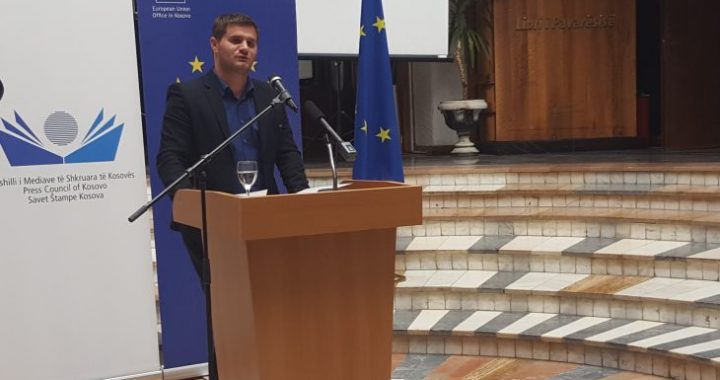 Parim Olluri, the director of Insajderi news outlet, was attacked last night in front of his apartment on Bajram Kelmendi street in Prishtina. At the time of the attack, he was accompanied by his fiance who fainted but was otherwise unharmed.

Olluri, known for his investigations into corruption cases and the former editor of BIRN’s Gazeta Jeta ne Kosove, suffered light bodily injuries and was taken to the Clinical Centre in Prishtina.

The police are investigating the case, but the assailants and their motives have yet to be uncovered.

The news of Olluri’s attack was met with shock and outrage. Shkelqim Hysenaj from the Kosovo Association of Journalists, AGK, vehemently condemned the attack.

“The attack against Parim Olluri is terrible news. We demand from security institutions to investigate this case as soon as possible and bring the criminals to justice,” Hysenaj told BIRN. “The attack against our colleague Olluri is an attempt to scare journalists and violates the principles of Freedom of Press and Journalists.”

Activists and supporters took to social media to express their solidarity with Olluri using the hashtag #meParimin (with Parim).

President Hashim Thaci also issued a reaction on his official Facebook page, condemning the attack and wishing both victims a quick recovery.

“The attack against journalist Parim Olluri is intolerable in the country which we’ve built on values of democracy, respect for human rights and freedom of expression. I wish Parim and his wife a quick recovery, while I request from competent institutions to act quickly and with determination to ensure that the attackers are brought to justice,” Thaci wrote. “Journalists should not be discouraged from such criminal acts…they need to continue with an unbreakable resolve.”