The figures suggest a significant improvement in judicial cooperation between Serbia and Kosovo since a mechanism was agreed with the EU in 2013. But do they tell the whole story?

When Milan Radojicic turned his car around at the border between Serbia and Kosovo this month, leaving his documents in the hands of the Kosovo border police, the powerful Kosovo Serb businessman-turned-politician did not just evade likely arrest.

Radojicic – widely seen as the most powerful man in a northern pocket of Kosovo populated mainly by ethnic Serbs – was on a ‘stop list’ as a suspect in a case concerning alleged illegal construction at a ski resort in southern Kosovo. But when police began poring over his papers at the border on February 4, he turned his car around and headed back into Serbia.

The deputy leader of the main Belgrade-backed political party in northern Kosovo, Radojicic was previously wanted as a suspect in the January 2018 killing of rival Kosovo Serb political leader Oliver Ivanovic, but a Pristina court withdrew a warrant for his arrest in March 2021 at the request of prosecutors. Though named in the indictment, he was not formally charged.

Radojicic had already fled to Serbia, a common escape route for Serbs wanted by Kosovo authorities.

Indeed, despite a 2013 agreement on “mutual legal assistance”, brokered by the European Union between Belgrade and Pristina, cooperation on criminal cases is far from smooth, according to BIRN’s findings.

Court monitoring has highlighted constant delays in criminal proceedings in Kosovo due to a lack of cooperation from Serbia, particularly when it comes to cases of war crimes or cases involving high-profile individuals, such as Radoicic.

Syla Hoxha, a former prosecutor in the Ivanovic murder case, has said that the biggest obstacle he faced in building a case was the lack of cooperation from Serbian authorities, for example in obtaining phone records from Serbia’s state-owned telecoms operator which covers northern Kosovo.

“All phone communications were made through Serbia’s network,” Hoxha said in January. “I requested access to the phone conversations of Oliver Ivanovic and all the defendants but the Serbian authorities never replied.” 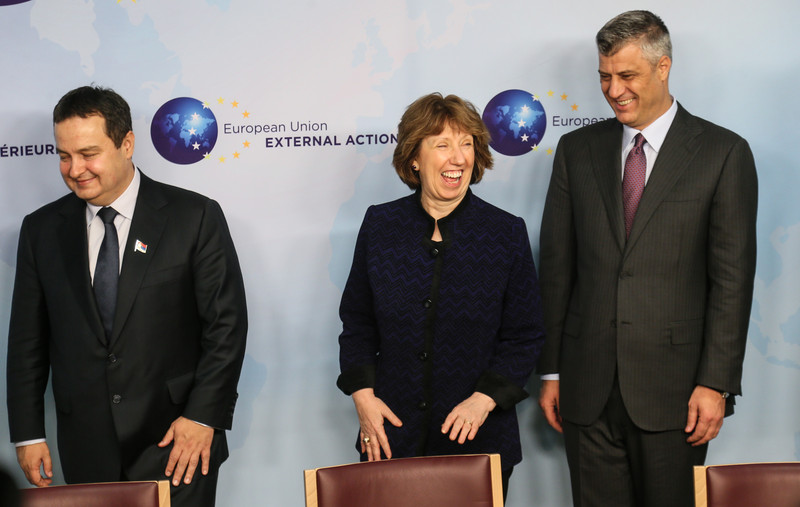 Serbian Prime Minister Ivica Dacic (L) European Union High Representative for Foreign Affairs, British, Catherine Ashton (C) and Kosovo’s Prime Minister Hashim Thaci (R) during a meeting of EU-facilitated dialogue at EU headquarters in Brussels, Belgium 13 December 2013 , and on the sight of At signature ceremony of Agreement between The Chamber of Commerce and Industry of Serbia And The Kosovo Chamber of Commerce, together with Eurochambers. EPA/OLIVIER HOSLET

Late last year, six Kosovo Serbs went on trial accused of involvement in the murder of Ivanovic. All six have pleaded not guilty but in January this year the presiding judge in the case, Valon Kurtaj, complained that Serbia was not cooperating with Kosovo “at all” when it comes to reaching witnesses in Serbia.

Even witnesses in mainly Serb north Kosovo are a problem, he said, because Kosovo’s postal service does not deliver there.

In response to BIRN’s report on Kurtaj’s comments, the office of the EU special representative in Kosovo said on January 25 that as of 2013, “the judicial cooperation between Pristina and Belgrade exists and is functioning properly” on the basis of the Agreement on Mutual Legal Assistance, which was amended in 2015.

Under that agreement, Kosovo and Serbia essentially exchange judicial requests via EU representatives.

In a response to BIRN, the EU office in Pristina said that, as of end-2021, more than 4,500 requests “in civil and criminal matters” have been exchanged via the EU. “Most of the requests have been executed,” it said, with evidence “provided and timely shared” with judicial authorities.

Kosovo’s ministry of justice said that, in the two years prior to the 2013 agreement, 3,061 judicial requests had been submitted by Kosovo to Serbia and went unanswered.

Cooperation appears to have improved since, at least on paper. Between 2013 and 2021, the ministry said that 4,204 judicial requests were sent to Serbia, which provided 4,504 responses, some of which concerned earlier requests that went unanswered, the ministry told BIRN.

The ministry added that between 2013 and 2021 Serbia had sent 1,548 requests and Kosovo had sent 936 responses. It did not explain the disparity.

The Kosovo police and the Judicial Council declined to comment for this story, referring BIRN instead to the justice ministry. The Special Prosecution did not respond to emailed questions. 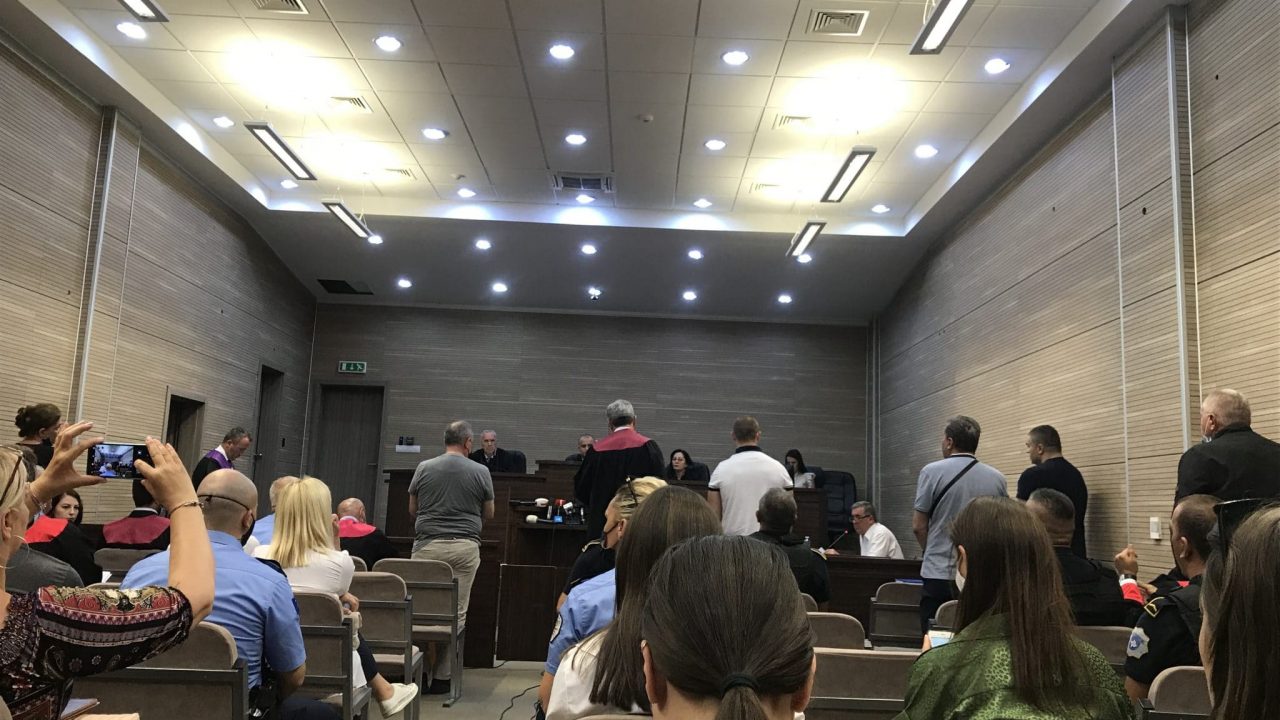 The first hearing in the trial for the murder of Oliver Ivanovic on July 6, 2021. Photo: BIRN.

Speaking on condition of anonymity, justice officials in Kosovo say the figures do not tell the whole story, particularly when it comes to criminal cases.

They say that, when Kosovo submits a request concerning multiple witnesses in the same case, Serbia tends to reply separately on each witness. This can result in delays to legal proceedings, while inflating the data on cooperation.

On cases concerning war crimes committed during the 1998-99 Kosovo war, when Serbia waged a brutal counter-insurgency campaign, cooperation is almost non-existent, according to the findings of BIRN court monitoring and the Humanitarian Law Centre Kosovo, HLCK.

A 2016 report by the EU also highlighted the continuing work of parallel Serbian judicial structures in Kosovo, despite “de facto” shutting down in 2013. These structures still exist, complicating and sometimes hampering judicial cooperation with Pristina.

A 2020 report by the Humanitarian Law Centre Kosovo, HLCK, concluded that cooperation between Serbia and Kosovo on 14 war crimes cases reviewed was missing.

The report noted that defence lawyers for Nenad Arsic – since sentenced in Kosovo in 2021 to 22 years in prison for war crimes – had offered to organise the attendance of a witness “due to the difficulties in the judicial collaboration with Serbia”. 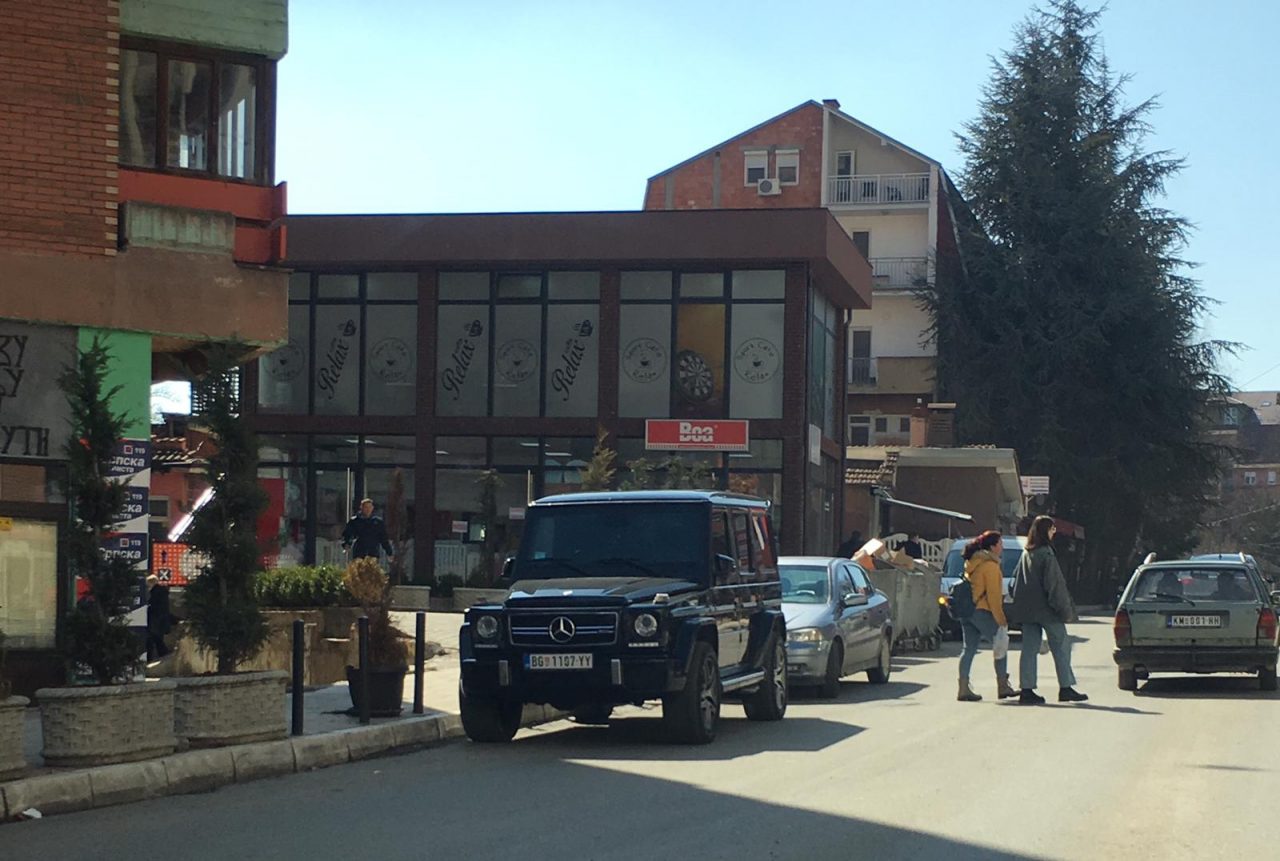 Milan Radojicic’s jeep in Mitrovica in northern Kosovo in March 2021, after Pristina Basic Court revoked a warrant for his arrest. Photo: BIRN.

Radojicic is not the only Kosovo Serb to take shelter in Serbia from the long arm of Kosovo law.

In October last year, Ivan Todosijevic, a Kosovo Serb MP from Radojicic’s party, failed to report for a two-year prison sentence he received for inciting ethnic hatred after claiming that a wartime massacre of Kosovo Albanians had been staged.

He is widely believed to have to Serbia. His lawyer, Nebojsa Vlajic, did not directly confirm this, telling BIRN: “I cannot say where he is but he is not in a foreign country.”

Kosovo’s justice ministry told BIRN: “The reason why there is no collaboration in the field of extradition and the transfer of the criminal procedures is because Serbian authorities refuse to collaborate in this field. Despite this, the Republic of Kosovo has expressed its readiness for collaboration.”

For its part, the ministry said that Kosovo has repeatedly sought to cooperate in the arrest of Serbian citizens on Interpol-issued warrants.

Under Kosovo law, a foreign citizen must be released if the country of origin does not cooperate on extradition proceedings within 40 days. The ministry said it had to release a number of such individuals due to a lack of Serbian cooperation, including those wanted for murder, organised crime and child pornography.