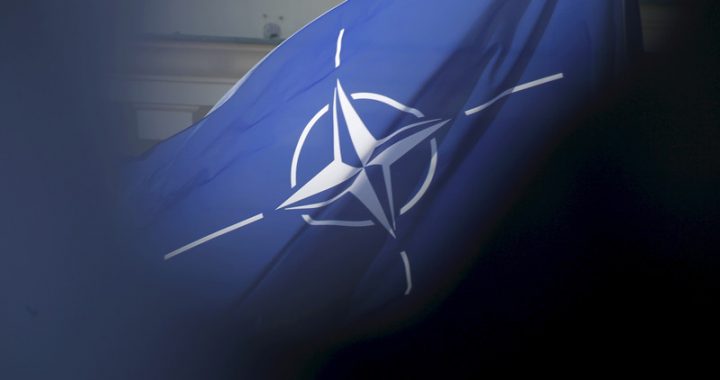 Amid Russia’s war on Ukraine, a threat to territorial security is also felt in Kosovo, reactivating calls for NATO membership from both institutions and experts.

As Russia’s invasion unfolds in Ukraine, calls for Kosovo to join the North Atlantic Treaty Organization, NATO, in order to protect its sovereignty and security, have revived.

In addition to requests from Kosovo institutions and security experts in recent days, as war ravages Ukraine, appeals have become a trend on social networks.

The latest discussion started with the request of the Minister of Defence, Armend Mehaj. On Sunday, for a second time he called for Kosovo to be admitted to NATO and for the alliance to build a new military base in the country.

“Based on the reality created by Russian military aggression in Ukraine and its reflection on the overall security environment of the Western Balkans, Europe and the world, we ask the US and all allied and partner countries to accelerate the membership process: the Republic of Kosovo in NATO,” Mehaj wrote on Facebook.

On the same day, the President of Serbia, Aleksandar Vucic, reacted by saying that he could not assess how real the risk was to Serbia of Kosovo joining NATO, but according to him, non-member neutral Serbia should “not be at all naive” about it.

Naim Maloku, a former superior of the former guerilla army, the Kosovo Liberation Army, KLA, said the Minister’s statement was right, but it should be kept in mind that a country must be accepted into the United Nations to be admitted to NATO.

“Four NATO members have not yet recognized Kosovo,” he noted, referencing Spain, Romania, Slovakia and Greece, “and [NATO] membership must have the support of all other [member] countries,” Maloku told BIRN.

NATO is already present in Kosovo through the KFOR peacekeeping force, which was deployed in Kosovo under the mandate of the UN Security Council through Resolution 1244.

Kosovo has been left out of the process of NATO enlargement, however. NATO told BIRN its engagement in Kosovo will continue as it has been so far.

“NATO’s engagement in Kosovo has not changed. We remain committed through the NATO-led and UN-mandated Kosovo Force (KFOR), which contributes to a safe and secure environment and to wider stability in the Western Balkans,” it told BIRN.

“Any changes to our force posture in KFOR remain conditions-based and not calendar-driven,” it added.

Kosovo President Vjosa Osmani, in an interview with TRT World, also requested all NATO members to enable Kosovo’s membership of the peacekeeping alliance.

“I do now make an appeal to NATO members to view [Kosovo’s] membership …  especially from a security perspective, and leave some of the political issues they usually keep in mind on the side for the moment, and consider how what is going on in Ukraine can have  spillover effect very quickly on the Western Balkans and other parts of Europe,” Osmani said.

Ramadan Qehaja, a military and security expert, told BIRN that construction of a new military base in Kosovo would be welcome.

Qehaja said the number of KFOR soldiers in Kosovo should be increased, and Mehaj’s request should be addressed directly to NATO. There are currently around 3500 military and civilian troops of KFOR in Kosovo from 28 contributing states.

“If a new military base is built, like the one that has started to be built in Albania, this would be very significant for us and would be a very good preparation,” Qehaja said.

Four Western Balkan countries have joined NATO in recent years, Albania and Croatia in 2009, Montenegro in 2017 and North Macedonia in 2020.

For Kosovo to join the alliance, it would have to receive an invitation to start the negotiations, but the non-recognition of its independence by four NATO member states, among other criteria, represents a challenge to accession.