An all-women art exhibition from the National Gallery of Kosovo and the British Council, Perceptions/Burrneshat, opens its doors on Friday evening.

“There are some phrases that all women in Kosovo have heard at least once in their life,” said Arta Agani, director of the National Gallery of Kosovo, spreading a series of pink and purple stickers showing different phrases across the table.

“Have a look these promotional materials for the exhibition. The British Council has nothing to do with these,” she said, laughing, and pointed at each.

“Gru t’bukur e t’mencme s’ka (A woman both smart and beautiful does not exist),” “Floket e gjata mendt’ e shkurta (Long hair, little brain),” and “Burri t’bon zoje burrit t’bon toje (A man can enrich you, a man can ruin you),” they read.

Agani, the curator of Perceptions/Burrneshat, an exhibition showcasing artistic works dealing with perceptions of women and their representation in life and art, stressed that these ‘promotional materials’ are an ironic comment, supposed to act as a slight provocation to kick off debate.

“The title of the show, Burrneshat, doesn’t mean what it is literally translated as,” she said, explaining that burrneshat in English would literally be ‘sworn virgin.’ “When someone calls you burrneshat, they mean that you have done well; you are strong, compliant, you keep your promises. All the attributes that a man might have!”

Asked if it was a backhanded compliment, Agani said with a smile, “It’s a compliment with a footnote.”

The exhibition, a challenge to existing conceptions of women in society, will be opening on Friday, January 25, at the National Gallery of Kosovo at 18:00, running until February 24, showcasing well-known UK and Kosovo artists side-by-side.

Alongside Agani and other curators across the Balkans, Nicola Heald and Milan Lucic from the British Council are midway through their biggest collaboration project yet in the region. Hitting galleries in Montenegro and Serbia last year, and now Kosovo, with Banja Luka and Skopje coming later in 2019, Lucic and Heald explain that, with ‘Perceptions,’ they hope to foster understanding, connection, controversy and debate through the artwork collected by the British Council. 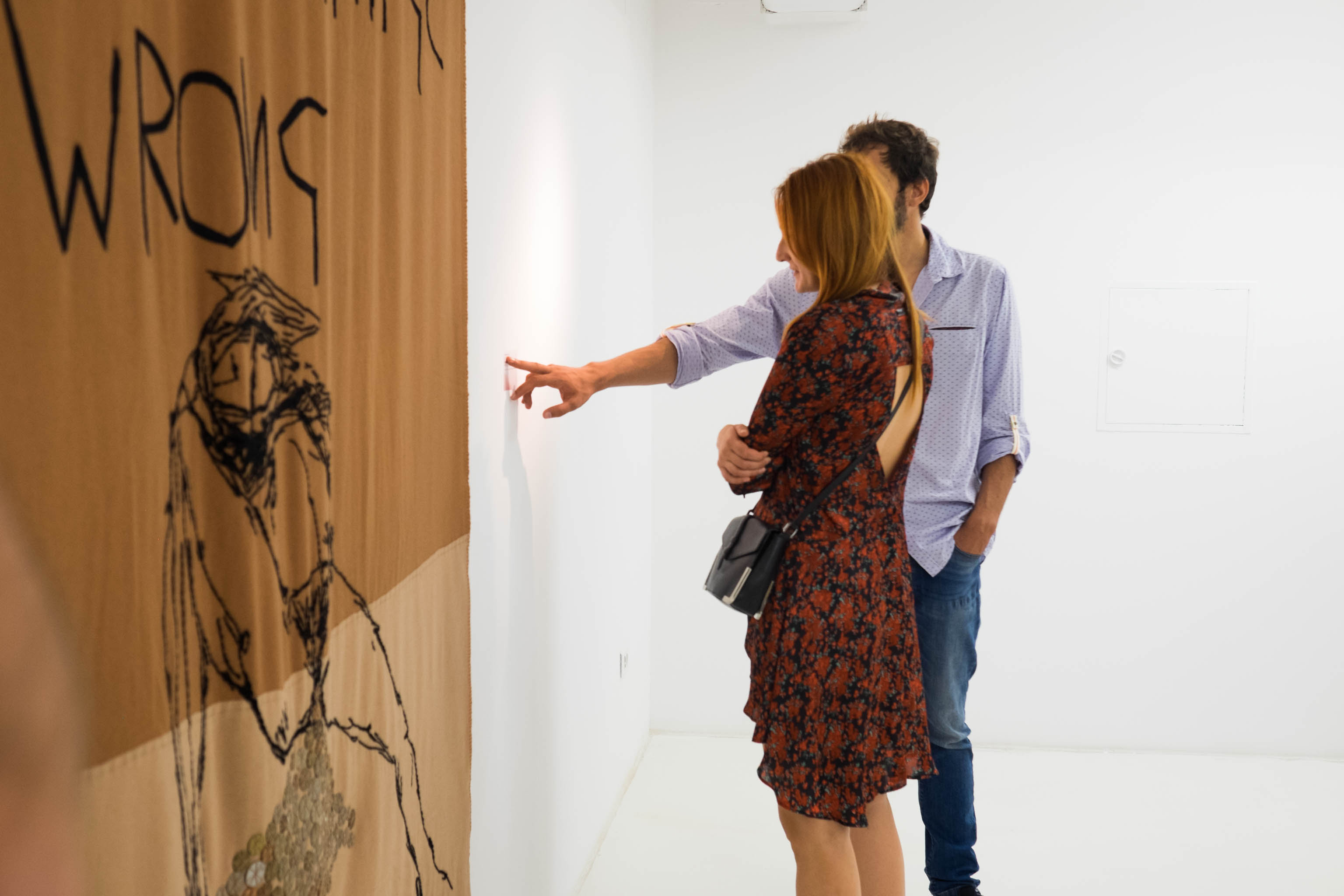 Representatives from five Balkan art galleries came together last year in London, choosing 14 artistic works owned by the British Council to be shown in their spaces, alongside their own original pieces from different national artists.

Inspired collectively by the selected British works, the curators each had the freedom to play around with concepts and ideas related to the work, each of them creating independent exhibitions using the same broad overarching theme.

“We noticed that much of our work in the past, particularly in the Balkans, had a focus on predominantly white men,” said Heald, the manager of the British Council’s artwork collection, explaining that women in the artistic world was a theme that many were keen to dive into.

According to Heald, the idea was to initiate a conversation using artwork from the UK and the Balkans, a conversation about the art itself, but also about the nature of artistic representation, women’s discrimination and national identity.

One unifying theme for the curators of the galleries, they said, was the feeling that there is a lack of both a real commercial art world and an engaging use of artistic spaces in the Western Balkans.

“In the UK, there is a different approach to representing art,” said Heald. “The Montenegrin artists that were showcased, for example, are internationally renowned, but barely known in their own country. Bringing in recognized artists from Britain can be a starting point for dialogue about how art is represented in the Balkans.”

“Think about the Tate Modern in London, for example,” said Lucic, Arts Manager for the Western Balkans in the British Council. “Only about 30 per cent of the gallery is being used to show artworks – they are turning these spaces not just into exhibitions, but places for engagement and debate.”

The artists Agani chose from Kosovo are well-known for art that starts conversations. Artwork from Alketa Xhafa Mripa, famous for her installation piece in Prishtina’s football stadium, 7,000 dresses hung on washing lines, named ‘Thinking of You,” will be shown, as well as Flaka Haliti, known for her artistic statements on power, borders, and nationalism.

The work of the Haveit collective will also be showcased, who last year put up three billboards on Luan Haradinaj street outside the Kosovo Police headquarters, in reference the murders of Diana Kastrati and Zejnepe Bytyqi, who were killed by their husbands, a provocation aimed at the Kosovo justice system, which failed to respond in time to save the victims.

Lucic explained how, despite using the same artwork and the same themes, each gallery created a completely unique exhibition concept. For the exhibition in Novi Sad, rather than integrating the British artwork, he said, the curator chose pieces from the Novi Sad gallery’s collection that opposed them.

“They used their own historic collection from the 19th and early 20th century, creating a sort of timeline of women’s representation of women’s role in art and society,” he said. “It was quite dark, actually, when you walked through it –you get the feeling that really, not much has changed.” 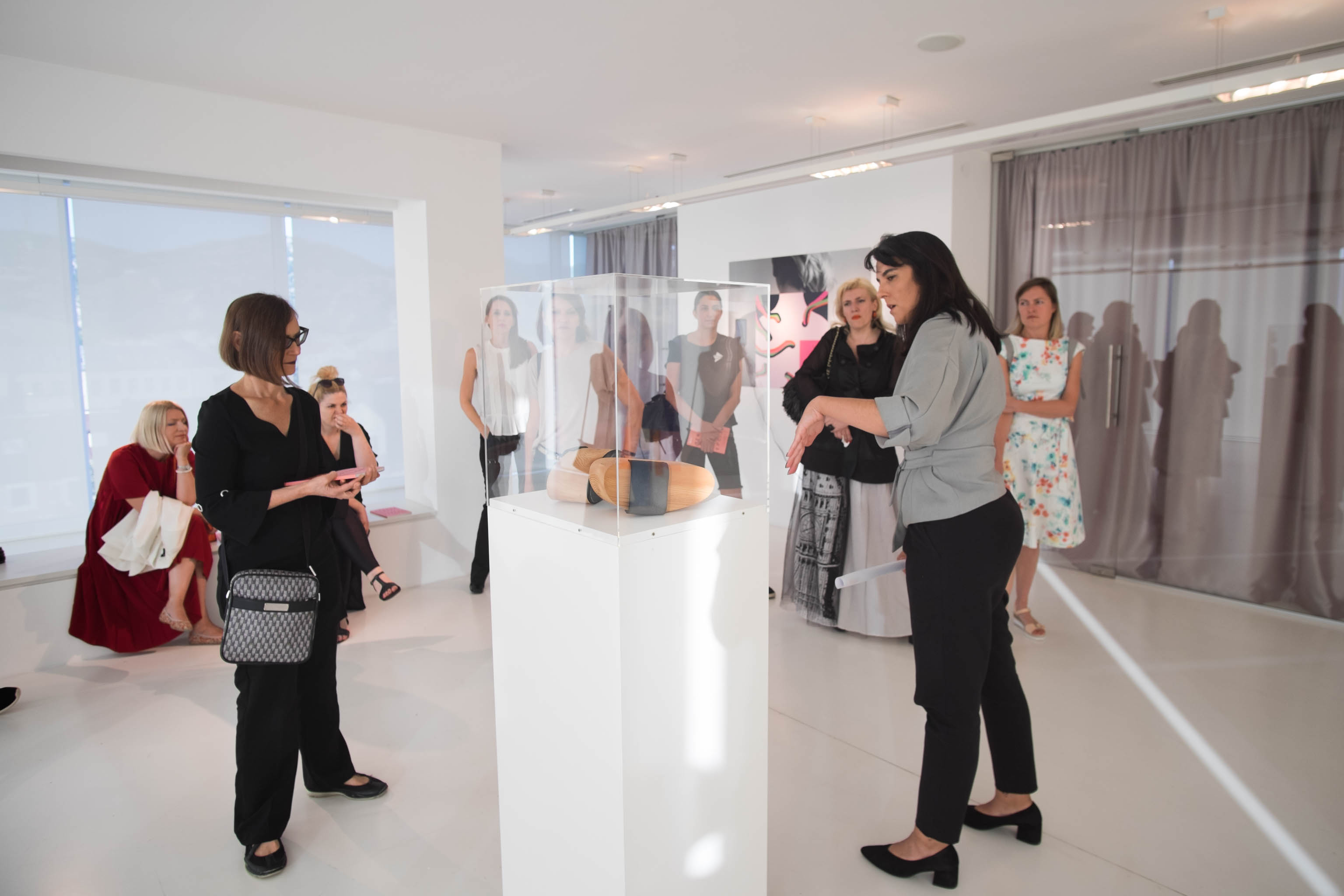 In Kosovo, the exhibition concept took a similar turn. Rather than use artwork owned by the Kosovo National Art Gallery, Agani selected work from seven different women artists in Kosovo. By doing this, Agani aims to send a sobering message.

“We wanted to raise a key questions through this exhibition,” said Agani. “The first concerns the lack of women artists in our own collection.”

The National Gallery of Kosovo is the only public artistic institution in Kosovo that owns its own artwork. According to Agani, the absence of women’s voices in the gallery’s collection in the present can have a negative effect in the future.

“You have to consider the importance of a collective, documented history of a country’s artistic development. If there’s no women in there, it can act as a huge setback,” she said.

Directly linked to this problem, said Nita Qena, delivery coordinator for the British Council in Prishtina, is the accessibility of art as a profession for women in Kosovo.

“Even though there is a much larger number of women studying in the Faculty of Arts in Prishtina and elsewhere in Kosovo, very few of them become artists,” said Qena. “We want to know why – is it too demanding? Why are they being discouraged? Is life as an artist too difficult?”

It is for this reason that the gallery will be hosting debates, educational programs and workshops across the month that the exhibition will be shown, said Qena.

“We have panels that will be led by different women, influencers in the artistic world and those working on women’s issues,” she said.

Artists involved in the exhibition will have panels, open discussions about their experiences, said Qena, hoping to inspire, recognize and empower women artists in Kosovo and across the region.

Perceptions/Burrneshat will open its doors on Friday, 25 January, at 18:00 at the National Gallery of Kosovo. For more information, check out the Facebook event.

Gambling with the future