Calls for freedom and equality echo across Prishtina

In Photos: Prishtina held its fifth Pride Parade on Thursday, with hundreds of activists using the opportunity to demand greater equality and freedom for members of the LGBTIQ+ community.

Hundreds of people took part in Prishtina’s fifth pride parade on Thursday, the culmination of Pride Week activities held across the capital this week.

The parade started in Skenderbeg Square in the centre of the city before continuing down Mother Teresa boulevard all the way to the catholic cathedral, before returning to Zahir Pajaziti square for a short concert. A banner reading “Together and Proud” was displayed throughout the parade.

Addressing participants, Lendi Mustafa, an LGBTQI+ activist said that despite the difficulties that the community is facing, togetherness is helping them to overcome the challenges presented.

Mustafa also addressed the ongoing efforts to ensure that same sex marriage is enabled by amending Kosovo’s Civil Code. “The Civil Code is denying our rights but we will fight together shoulder to shoulder,” he said.

For the activist, the parade is both a protest and a form of resistance. “Do not give up your rights or on each other,” he continued. “We will stay together and proud.”

Among the participants in the parade were Vetevendosje MP Adriana Matoshi and Ambassadors to Kosovo from Finland and the United States. 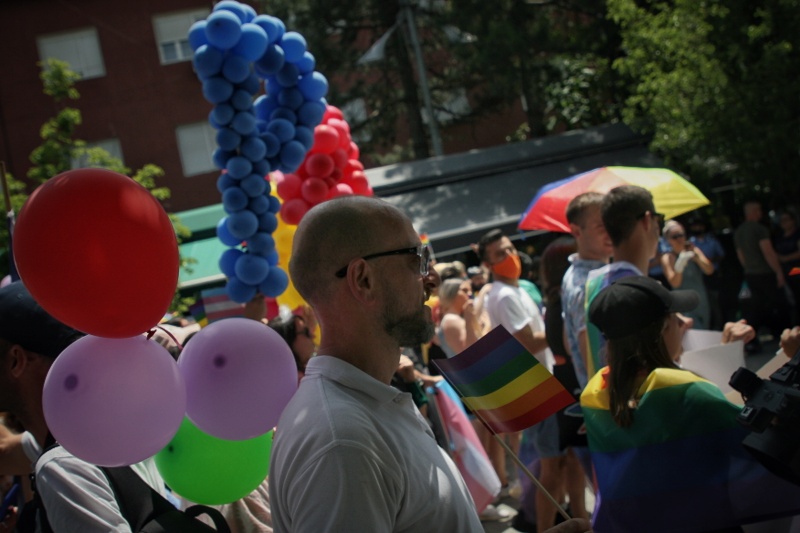 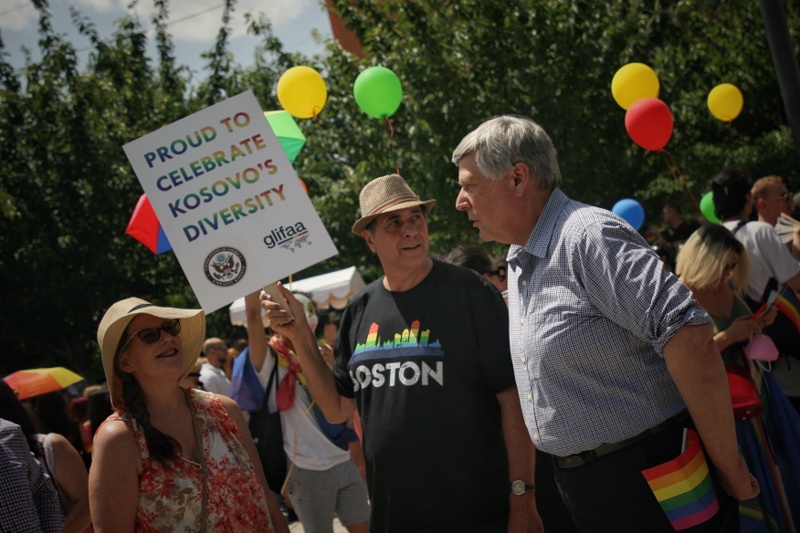 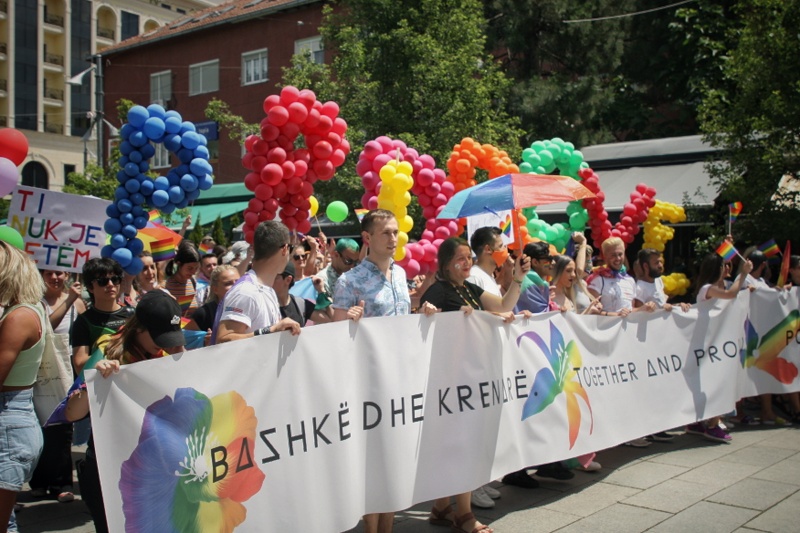 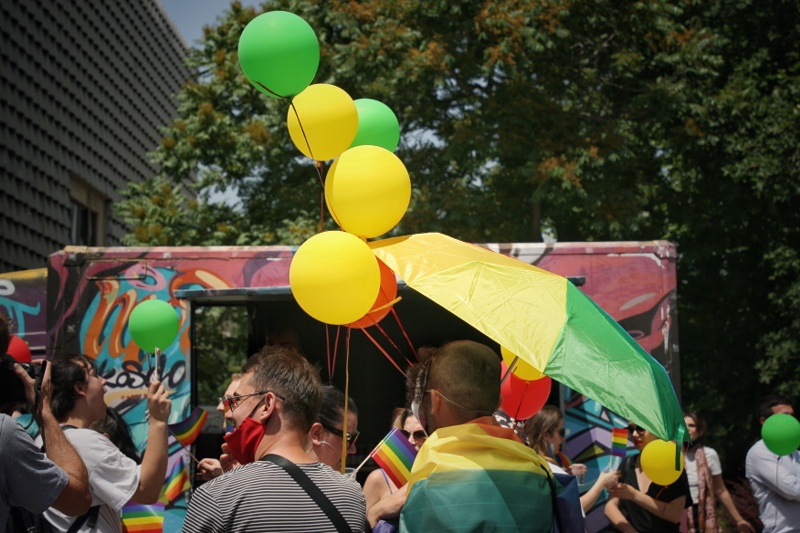 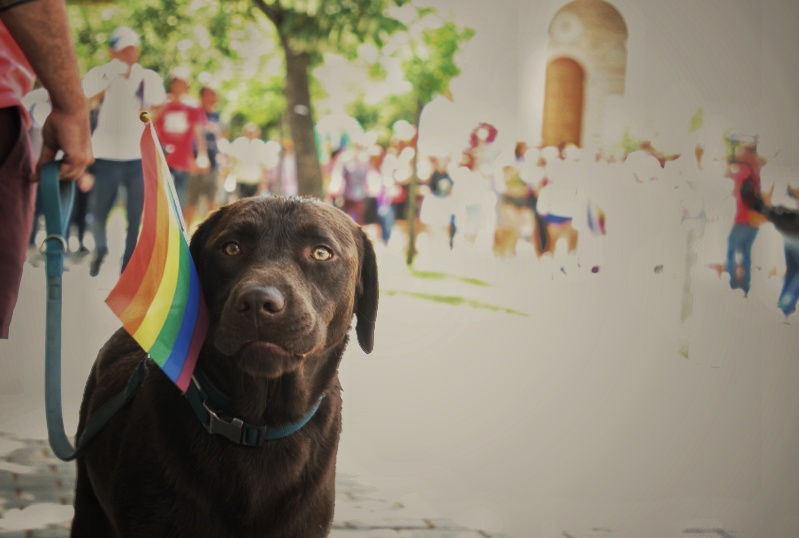