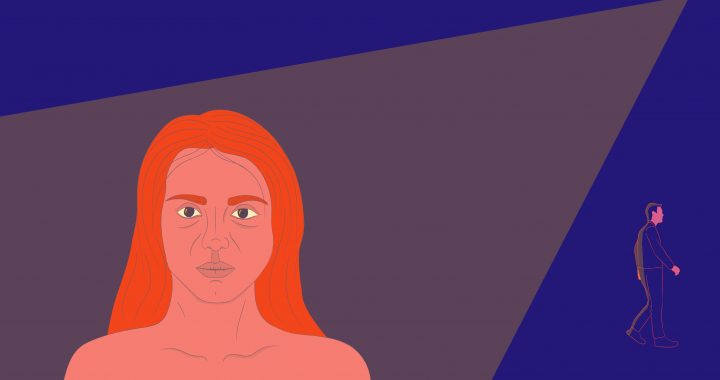 In order to eradicate sexual violence, Kosovo society needs to face its rape culture, and debunk the untruths that surround conceptions of sexual violence.

A series of sexual assaults occurred in Mitrovica and Gjilan this month which made headlines across Kosovo and garnered widespread societal condemnation. Although their denunciation should be welcomed, it is unfortunate that these crimes receive attention only when they happen so frequently, and in such a short space of time, that it becomes an anomaly.

Sexual violence has been acknowledged as a public health and human rights problem for many years now, and the consequences it has on its victims are not only physical but mental.

In addition to the impact of the violent experience itself, many survivors of sexual violence are faced with social stigma when they disclose it to third parties. This morphs into a form of secondary victimization, a reaction that would be considered unacceptable when the individual is the victim of other violent crimes, such as robbery or assault.

More often than not, Kosovo society turns a blind eye to sexual violence. The subjugation of women is ignored. Silence is encouraged. Victims are blamed and violence is justified.

This is in part due to the prevalence of what American feminist scholars in the 1970s referred to as ‘rape culture,’ defined as “a complex set of beliefs that encourages male sexual aggression and supports violence against women.” In the 1980s, psychologist Martha Burt presented a series of factors that legitimize rape culture, including the reinforcement of traditional gender roles, adversarial sexual beliefs and high levels of interpersonal violence.

In Kosovo, we see this culture expressed in hundreds of comments on various social media platforms, blaming women and girls for the violent sexual actions of men, and indulging in cyberbullying and slut shaming. We then see this culture enacted in the country’s courts, where rapists walk free or serve minimal sentences.

Burt also developed the concept of ‘rape myths,’ which she defined as ‘‘prejudicial, stereotyped, or false beliefs about rape, rape victims, and rapists,” and theorized that they serve to create a climate that is “hostile to rape victims.”

Misconceptions and false beliefs influence society’s understanding of sexual violence and often its justification, and in order to create a society where perpetrators of a crime are held accountable and victims are brought to justice, myths surrounding rape need to be replaced with real facts.

There are many untruths that have been engrained in society’s understanding of how sexual violence happens, affecting their interpretation and understanding of it. One is that when someone drinks alcohol or takes drugs, they don’t have the right to speak out against their rape or sexual assault.

This is a myth. According to Article 225 of the Criminal Code of Kosovo, consent cannot be obtained when a person is incapable of agreeing to sexual activity due to intoxication by alcohol, drugs or other substances. No one asks or deserves to be sexually assaulted – sober or not.

Another commonly believed fallacy is that women are most likely to be raped by a stranger lurking in the shadows after the sun goes down. More often than not however, a person who knows the victim perpetrates sexual violence.

This is known as acquaintance rape, and although no research exists about the statistics of this phenomenon in Kosovo, a study of 30 European countries by the UN Research Institute found that half of rape victims knew their attackers and over a third knew them by name. In a study by the European Commission it was found that over 67% of rapists were close with the victim – most were either current or former partners.

Misconceptions about this are damaging, as they perpetuate the notion that women are to blame for their sexual assault for going out alone at night, and are often used as an excuse to restrict women’s freedoms.

Another myth is that people often cry rape when they regret having sex, or they do it for attention. A 2010 study in the United States found that over a 10 year period of analysis, statistics of false allegations made up only between 2 and 10 per cent of sexual violence reports.

Perhaps the biggest myth surrounding sexual violence is that it is biologically driven, and the result of an uncontrollable desire. However, studies show that, in its essence, sexual violence is not about sex. Author of “Men Who Rape”, A. Nicholas Groth, tore down these misconceptions of the lusty male becoming a victim of the provocative woman in a careful, clinical study of numerous sexual offenders published in 1979.

In the study, Groth proved that sexual violence is an expression of power and anger, and describes rape as a pseudosexual act: it is complex and determined by multiple factors, mainly issues of hostility, anger, power and control, and not issues of passion or sexuality.

It is important that these myths surrounding rape are challenged consistently and continuously. Debunking falsehoods and sensitizing the public to different aspects and variants of sexual violence is vital in curbing its life-altering consequences.

It is also important that we prevent future sexual violence. Although we have historically maintained a model of prevention by teaching our children how not to get raped, we should also prevent children from growing up to be rapists.

We teach them how not to lie, cheat and steal. We should also teach them not to use violence to express their anger. And we should teach them what consent means. The path forward in eradicating sexual violence lies in comprehensive sexual education and models of anger management.

Eurisa Rukovci is the executive director of the Social Lab NGO, as well as the co-creator of ‘Shnet,’ the first sexual health application in Kosovo, and author of the feminist comic book ‘Hyjnesha.’ She completed her studies at the Department of Psychology at the University of Prishtina.