Bombed from the sky, slaughtered on the ground

21 years after the massacre at Dubrava, survivors recount the terror they felt in May 1999, when Serbian forces murdered dozens of Kosovo Albanian inmates as NATO bombs fell on the prison.

For Enver Dugolli, seeing Kosovo’s streets empty in recent weeks brings back memories from his past, an echo from 21 years ago.

In April 1999, at the height of NATO’s aerial bombing campaign against Yugoslavia, Dugolli was transferred from the Sremska Mitrovica Prison in Serbia to the Dubrava Prison in Istog, Kosovo. Dugolli remembers watching Kosovo’s abandoned, war torn streets pass by as he cast his gaze out of the bus window on his way to Dubrava.

In 1997, Dugolli was imprisoned after being found guilty of “having founded a clandestine organisation,” the Kosovo Liberation Army, a sentence that Amnesty International raised fair trial concerns over. It was his second time in jail after being prosecuted in 1981 following his involvement in the student protests.

Upon his arrival at Dubrava, Dugolli was surprised by the leniency of the guards towards the prisoners, which was in sharp contrast to the horrific abuse that he had experienced in Sremska Mitrovica.

“In Srem, we were beaten four or five times a day,” Dugolli tells Prishtina Insight. “[In Dubrava], the behaviour changed somewhat. Even the process through which we were transferred to Dubrava made us a little curious, because they were endangering themselves [by travelling] during the bombing campaign.” 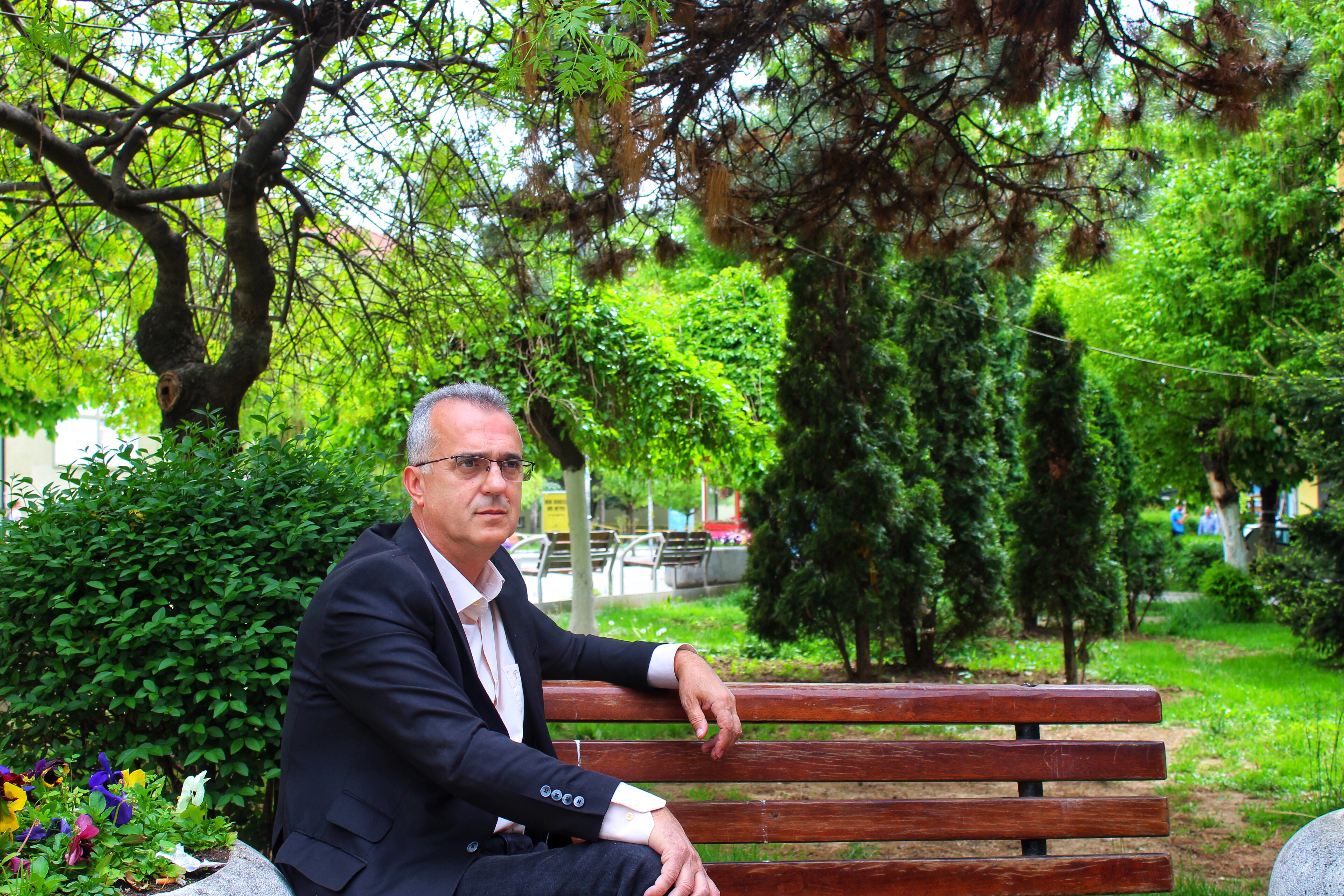 However, Dugolli’s new place of internment had other dangers. On May 19, 1999, NATO’s air force began dropping bombs on Dubrava Prison, mostly on Ward C. Three prisoners and a guard were reported killed.

Dugolli, who was one of around 1,000 Kosovo Albanian prisoners transferred to Dubrava that Spring, believes that by attacking the prison, NATO fell into a trap.

He alleges that the Yugoslav army deliberately installed military equipment that NATO would be able to pick up in order to ensure that it was targeted. At the trial of Slobodan Milosevic at the ICTY, two witnesses, Jusuf Krasniqi and Gani Baqaj, testified that Yugoslav army tanks and anti-aircraft cannons had been placed around the jail.

When the first bombs began to drop, prison staff and Serbian prisoners abandoned the premises and hid closeby, leaving most of the Albanian prisoners locked in their cells. Dugolli remembers that he and other prisoners were able to free each other, as some had been able to get their hands on the prison’s gardening tools, prying the prison bars apart.

Hours later, after the bombing ended, the prison staff and Serbian prisoners returned. However, now both the staff and the Serb prisoners were armed.

On the morning of 21 May, NATO launched a second attack on the prison, this time on a much larger scale, destroying most of the facilities at the prison.

“Initially I wasn’t sure what to do. I saw decapitated bodies, I saw bodies missing half of their limbs, I didn’t know how to react,” Dugolli recalls. “However, it was necessary to help those who were injured. I overcame my shock, and the sight started to become normal to me.”

Human Rights Watch reports that at least 19 prisoners died in the second attack. According to Dugolli, more prisoners were killed that day by Serbian forces, who were sporadically entering the prison during the bombing campaign and executing prisoners.

After spending the night outside in the prison yard looking after the wounded, Dugolli heard a voice coming from the prison watchtower at around 05:00, ordering the roughly 1,000 prisoners to form a line by the prison wall. The prisoners were informed that they were being transferred to other prisons, as Dubrava was no longer able to hold them. 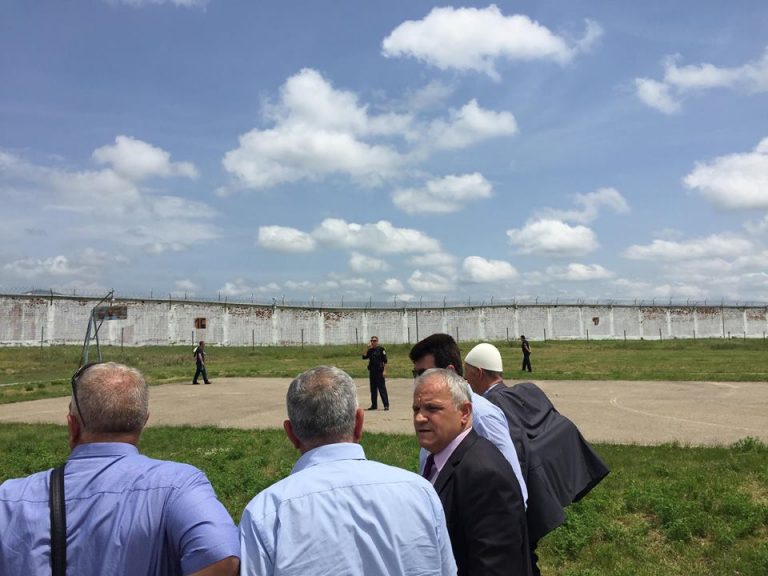 According to Krasniqi and Baqaj’s testimony at the Hague, about 800 prisoners obeyed while the rest hid inside the prison. After the prisoners formed a line, around 20 officers started firing from the guard tower and the prison walls, using hand grenades, bazookas and automatic weapons. According to a number of eyewitnesses, the attack lasted for around 20 minutes.

Dugolli still does not know how he survived. As the lines were being formed, he and 45 fellow prisoners transferred from Sremska Mitrovica tried to stay together. After they found each other, the group managed to move to the front of the queue.

“Unfortunately for those who took our places after we moved, the first grenades landed there and killed 13 of the prisoners,” Dugolli recalls. “The only one who escaped had dropped to the ground and survived because the corpses covered his body.”

Another prisoner in the yard that day was Defrim Rifaj from Prizren. Rifaj was imprisoned for organizing protests as a student in Prizren and was transferred from Nis Prison to Dubrava in the Spring of 1999.

With anguish on his face, Rifaj remembers how fast he had to run to avoid the bullets coming from the prison walls, watching as his fellow prisoners fell to the ground around him. “A bullet penetrated my sweater and did not touch my body at all,” he tells Prishtina Insight. “Imagine how lucky I was.”Rifaj recalls the story of two brothers he knew that were imprisoned together at Dubrava. “The older brother shielded his little brother with his body so that the bullets would not touch him,” he says. “But a grenade still managed to hit his younger brother and, unfortunately, he died. The other brother is still alive today.” 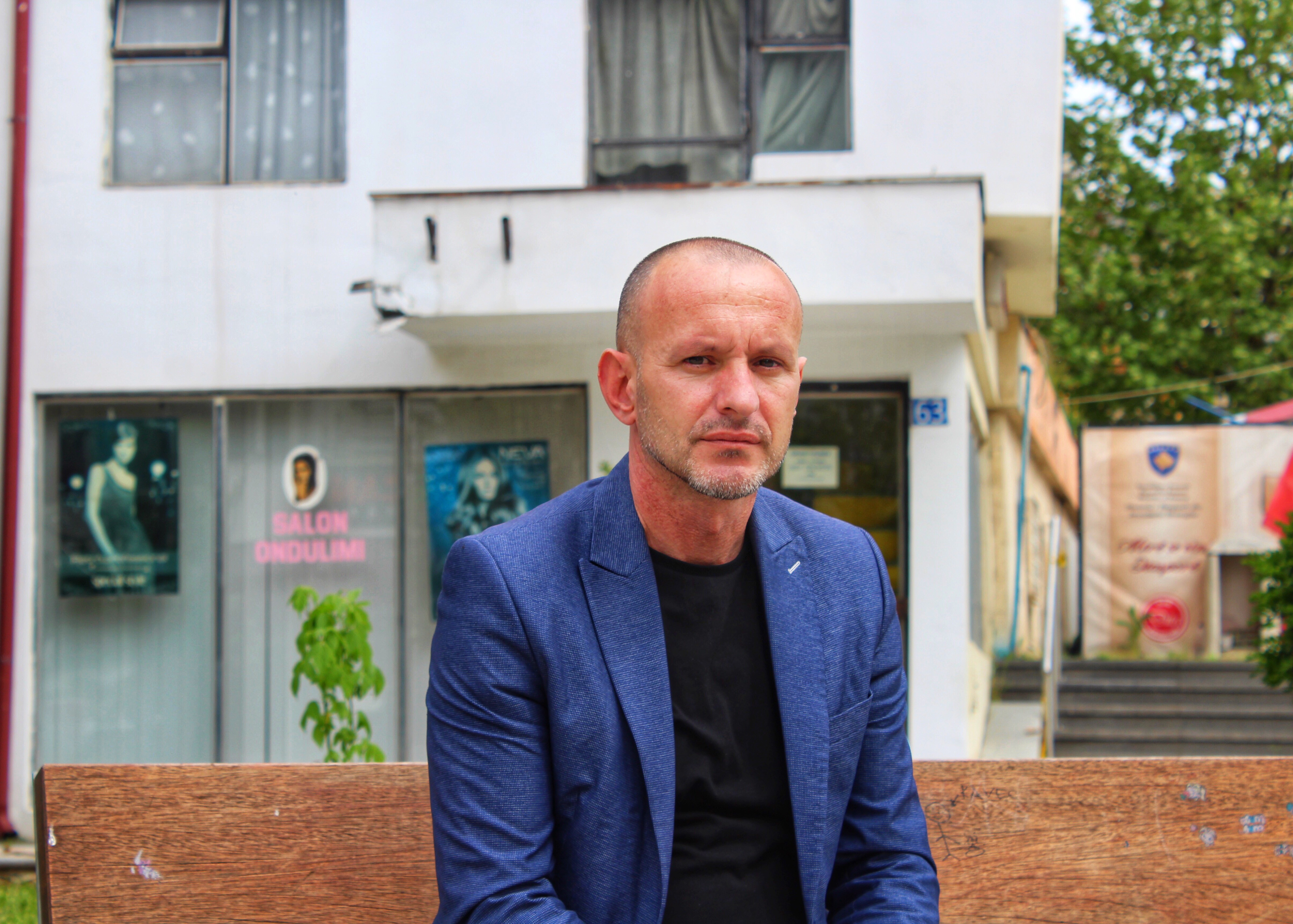 Following the attack, prisoners hid in the few undestroyed buildings at the prison, and over the next 24 hours were subject to attacks by prison guards, special police and possibly paramilitaries.

Rifaj and some others broke into the prison hospital to try and help the many that were wounded. “We tried to stop the bleeding, and maybe some people lived thanks to the help we prisoners were able to provide.”

In addition to fears of attacks from Serbian forces, the prisoners were also afraid that the NATO bombing would resume.

Dugolli remembers that one of the prisoners came up with a creative idea in attempts to alert NATO that there were prisoners inside the prison. He removed the fluorescent lighting from the ceilings of the prison and spelled out the word ‘HELP’ on the grass in the yard outside.

“I don’t know if this idea was successful or not, but there were no NATO bombings afterwards,” Dugolli says.

As Serbian security forces regained control of the prison late on the morning of 23 May, survivors were left with no other option but to emerge from their hiding places. They were gathered in the prison sports hall and surviving prisoners were then taken to Lipjan Prison.

In June 1999, as NATO ground forces were entering Kosovo, all Kosovo Albanian prisoners from Dubrava were transferred to prisons in central Serbia, as part of more than 2,000 prisoners from Kosovo moved to Serbian jails.

In that 24 hours of chaos that followed the massacre in the prison yard, some prisoners hanged themselves in the prison. Suicide was something Rifaj considered as well. “I kept a razor blade with me in case I became wounded and fell into their hands,” he says. “I was not going to give them the chance to slaughter me.”

In the days that followed, Yugoslav reports of casualties from the NATO bombing grew and grew. On May 21, the Yugoslav Government reported 19 casualties of the bombing, but four days later the state’s press agency Tanjug was reporting “some 100 prisoners” as dead. By July, the Yugoslav government claimed that NATO bombs had killed 95 at Dubrava.

Human Rights Watch’s investigation into civilian deaths of the NATO air campaign concluded that from this number, Yugoslav forces “must be held fully responsible for 76 of the claimed 95 deaths at Dubrava, as these were prisoners who were executed extrajudicially, well after the NATO strikes.”

However, it also concluded that NATO “did not apply adequate precautions in executing its airstrikes on nearby military objectives, and must be held accountable for the civilian deaths that occurred as a direct result of those attacks.”

Unlike Dugolli and Rifaj, Kadri Morina, another prisoner from Reshtani in Suhareka, was not able to escape the mass execution of 22 May.

In his mid-thirties, Morina worked as a car mechanic and dedicated himself to the maintenance of KLA vehicles during the war. At the same time, he was active in the 123rd Brigade, which was stationed in Suhareka and was considered a strategic area by the KLA.

He was arrested in October 1998, and sentenced to four years imprisonment, beginning his sentence at Prizren Prison before being transferred to Dubrava.

His brother, Haki Morina, says that his family learned of his death shortly after the war from some relatives of Kosovo Albanian prisoners who, with the help of the International Committee for the Red Cross, were able to visit their loved ones transferred to prisons in Serbia.

“We knew nothing before this, we even bought clothes for him, believing that he is alive somewhere in the prisons of Serbia,” he says.

Morina tells Prishtina Insight that this is the first time he has spoken publicly about what happened to his brother, and after 21 years, he says he has lost hope that anyone will be found accountable.

While witnesses were heard as part of the trial of Slobodan Milosevic at the ICTY, none of the perpetrators have stood trial for the murder of Kadri Morina, or any of the other prisoners that died in Dubrava. 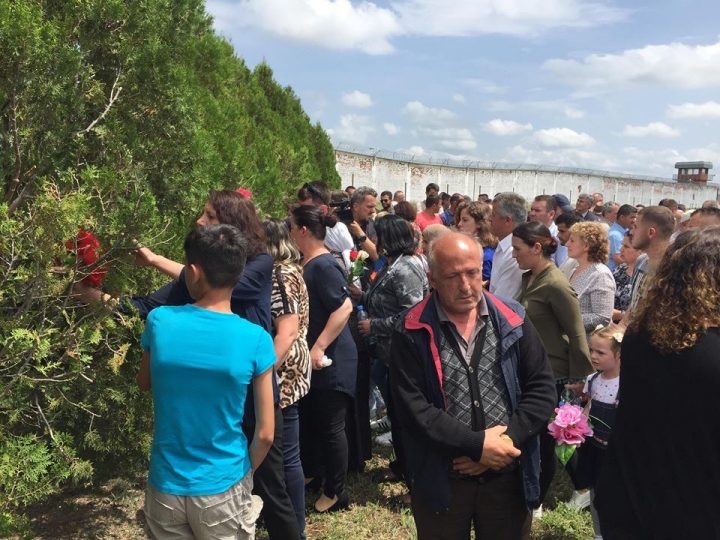 In 2007, the Association of Political Prisoners submitted criminal charges to be investigated by the Prosecutor’s Office in Peja, naming the perpetrators, but the prosecution failed to bring an indictment against those accused. Morina was surprised by this, as the perpetrators were far easier to identify than in many other massacres in Kosovo, as it took place in a state-run correctional facility.

Enver Dugolli shares Morina’s opinion, and is disappointed by the indifference of both local and international authorities that were responsible for investigating and prosecuting the perpetrators case.

“Auschwitz was no different, a concentration camp where people of other nationalities were gathered and killed,” he says.

The prison was renovated under the supervision of the United Nations administration in Kosovo, UNMIK, and began functioning again in June 2000. Dugolli believes that more effort should have been made by local politicians to memorialise the site.

“Not all UNMIK officials were bureaucrats indifferent to the crime,” he says. “It was some of our politicians who were unable to convince them that Dubrava should be a memorial site.”

Dugolli, who was appointed Deputy Minister  recorded his experiences and turned them into a memoir titled ‘(Un)closed Prison Circuit,’ which chronicles his time imprisoned in Dubrava, the massacre and his eventual release in 2001. Meanwhile, decades later, Defrim Rifaj finds it difficult to come to terms with his survival.

“I believe that all of us were in the process of being executed,” he says. “I myself still do not understand how we managed to escape.”