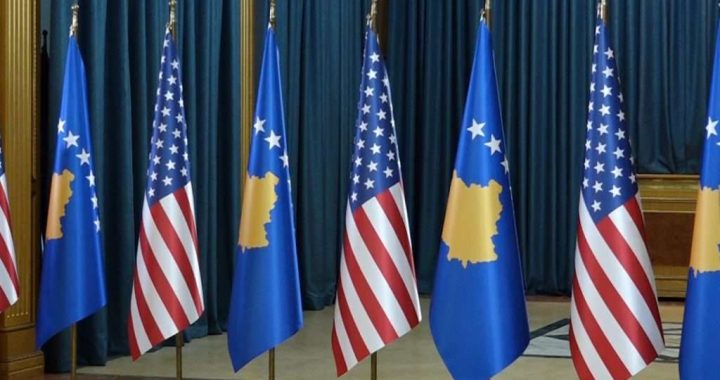 Seven US Congressmen are urging President Biden’s Administration to engage with the recent tensions between Kosovo and Serbia over vehicle license plates, and help find a permanent solution.

Following strained relations between Kosovo and Serbia over Kosovo’s changes to the license plates regime, seven the US Congressmen, Ritchie Torres, Jim Himes, Elissa Slotkin, Joe Courtney, Mondaire Jones, Carolyn Maloney and Jim McGovern, have urged the US to focus on resolving the problem between the two countries.

They call on Biden and Secretary of State Anthony Blinken to condemn the recent escalation of tensions and Serbia’s military mobilization, and for the US Administration to join the EU and NATO in supporting dialogue between Kosovo and Serbia and finding a peaceful and final resolution.

According to their letter, the disturbing situation is threatening stability in the wider Balkan region.

After more than ten days of blockades and protests in Serb-majority northern Kosovo about Kosovo’s new rules on car license plates, a provisional agreement was reached in Brussels, on September 30.

Since then, Kosovo Serbs have lifted road blockades, Kosovo withdrew its special police from the Jarinje and Brnjak crossings and, as per the agreement, sticky notes are being temporarily placed on car license plates from both sides.

“We urge you to recommit the United States to ensuring that our ally Kosovo receives fair treatment and recognition as an independent country,” they added, expressing concern and noting the disproportionate strength of the armed forces of Serbia.

According to them, most if not all of the military equipment Serbia used was provided by Russia, as “Serbia’s closest ally”.

“We are encouraged by the interim agreement to prevent another flare-up, but we ask that you and your Administration do all that it can to support efforts that could lead to a lasting peace between Kosovo and Serbia,” they wrote in the letter.

Meanwhile, although the agreement reached has reduced tensions, they have described it as only temporary, and say a greater US commitment is needed for the peace between the two countries to continue.

The EU Special Representative for the Kosovo-Serbia Dialogue and other Western Balkan issues, Miroslav Lajcak, on September 30 announced on Twitter that on October 21 a meeting will take place between representatives of Kosovo and Serbia together with representatives of the EU to find a permanent solution to the car license plates issue.