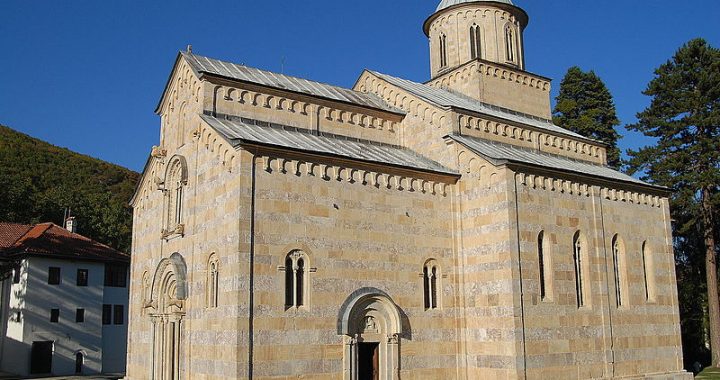 Cultural Heritage in Kosovo: Why do international organisations fail to adhere to their own policies?

On World Heritage Day, UNESCO championed the embracing of diverse and multifaceted histories in the protection of cultural heritage, but this is not an approach that international organisations have ever deployed in Kosovo.

This Sunday (April 18) was World Heritage Day, an annual tradition launched by UNESCO in 1982 that is dedicated to recognising sites of historical importance and stressing the need to restore and preserve cultural heritage.

The theme for 2021 was “Complex Pasts: Diverse Futures”, with UNESCO stating that the “history of a place can involve many points of view,” adding that “the conservation of cultural heritage requires careful examination of the past.”

On this day therefore, the global public was invited by UNESCO to reflect on the need for embracing diversity by accepting and listening to all stakeholders and their experience of, and relationship to, the past. This approach is to be applauded, as a monolithic view of cultural heritage protection will neither succeed nor contribute to the effective management of heritage sites.

However, in Kosovo, where the necessity of involving all stakeholders in discussions on the protection of cultural heritage is particularly important, international organisations specialised in cultural heritage preservation and management have often failed to adopt this approach.

In the post-war period, international agencies, including UNESCO, the International Council of Monuments and Sites, ICOMOS, and EuropaNostra have regularly neglected the fact that Kosovo has been bound up in different cultural traditions and religious diversity throughout its history.

This has led to a one-sided approach to the preservation of cultural heritage in Kosovo, and numerous instances of political point scoring by Serbia.

Most recently, EuropaNostra, an organisation which acts as a relay between civil society and EU institutions, raising awareness about the value of cultural heritage, listed the Decani Monastery as one of the seven most endangered monuments in Europe.

The monastery was highlighted through EuropaNostra’s ‘7 Most Endangered’ programme, which identifies endangered monuments and sites in Europe and mobilises public and private partners on a local, national and European level, to ensure a viable future for those sites.

The nomination of the Decani Monastery was a tad controversial, both in terms of reasons for the nomination, how these reasons changed after the nomination, and the discrepancy between these justifications and the reality on the ground. This final point especially reflects the manner in which this entire process appears to have been carried out.

Typically, the process of identifying and nominating an endangered site for this programme would involve a local organisation – in the case of the Decani Monastery, an organisation within Kosovo or a member organisation of the European Heritage Alliance, which presumably should be familiar with the site and the social context.

EuropaNostra’s international advisory panel, composed of historians, archaeologists, architects and conservation specialists, then discuss the applications and shortlist the most endangered monuments and sites, before the board of Europa Nostra decides on the final selection.

For this year’s list, the Decani Monastery was nominated by Future for Religious Heritage, an organisation who claims that ‘engagement’ is one of its leading values – in other words, reaching out to relevant communities, professionals, policymakers, and the public.

In this case, however, they did not reach out to one relevant community, residents which live locally to the Decani Monastery, or to the professional community in Kosovo, i.e. historians, archaeologists and policy makers. The question that therefore arises is: How was the evidence for nominating the Decani Monastery collected, validated and checked?

The motivation for nominating the site was made public through a press release revealing the shortlist for the ‘7 Most Endangered’ programme that was issued by Europa Nostra and other EU institutions on December 10, 2020.

However, by the time the site was listed as part of the programme on EuropaNostra’s website in April, numerous details had been removed. From a heritage professional’s point of view, this indicates that the decision to nominate this site was underpinned by a lack of understanding of the facts on several key points.

In December, EuropaNostra asserted that the Decani Monastery was subjected to “an attempted terrorist attack by ISIS” in 2016. However, this claim has subsequently disappeared, and KFOR, who provide 24/7 armed protection to the monastery, confirmed to me in a meeting that took place in January 2021, that there have been no security incidents for several years, and certainly none attributable to ISIS.

In fact, security reports reveal that there have been negotiations to remove NATO’s KFOR troops altogether and hand responsibility over to the Kosovo police, who successfully manage other demarcated cultural heritage sites.

This further demonstrates that the parties who nominated the site have made no consultation with either local authorities or their internationally staffed counterparts, i.e the key stakeholders. Instead, they have made a serious allegation which does  not reflect the reality on the ground and was simply untrue, thereby encouraging ethnic division in the name of heritage protection.

One argument that may have been relevant at the time of the EuropaNostra nomination was the plan to expand a road connecting the town of Decani with the town of Plav in Montenegro, which would have passed by the monastery. I was personally involved in supporting the monastery’s position in this case, and called for accurate implementation of the laws on Special Protective Zones when addressing the relevant institutions in Kosovo.

However, this dispute between the church and the local authorities has been resolved in its entirety, through diplomatic mediation by the Italian Ambassador in Kosovo. In fact, the amicable resolution of this matter demonstrates that the system for the protection of cultural heritage in Kosovo works, rather than as evidence of a serious threat.

It appears that in this case, EuropaNostra accepted as facts the claims of one particular side, an attitude unlikely to add to the credibility of this project, or indeed advance a genuine dialogue among all concerned with the status of cultural heritage. The process of cultural heritage management should be inclusive and focused on its promotion and effective preservation, rather than seeking to score political points through misinformation.

It is important to state here that the Decani Monastery is already a specially demarcated cultural heritage site. It benefits from extensive internationalized protections, including Annex V of the Ahtisaari comprehensive proposal, which was adopted by Kosovo upon its declaration of independence and translated into its constitution.

There are also additional international legal standards, such as those emanating from UNESCO, which Kosovo seeks to comply with, especially considering its attempts to join UNESCO and other  international organisations. In addition, there are very broad provisions for human rights in Kosovo, including religious freedoms, and more specialised minority rights provisions, generally greater than those applied across the rest of Europe.

There is another key aspect of the monastery which has not been addressed so far – it is not easily accessible to the Kosovo Albanian community, especially local heritage professionals, historians, archaeologists and other students and academics.

This arrangement is maintained even while the monastery is listed as  UNESCO World Heritage Site, disregarding the fact that its 2001 Declaration on Cultural Diversity defines the right of access to, participation in, and enjoyment of, culture. This includes the right of individuals and communities to know, visit, make use of, maintain, exchange and develop cultural heritage.

In view of the aforementioned, it is fair to say that the Monastery, the monastic community and its environs already benefit from an unprecedented level of local and international protection.

It is also not true that addressing this issue is a requirement for achieving normalization through the Brussels dialogue between Kosovo and Serbia, as is stated by EuropaNostra. The matter has been long resolved by the protocols in the Ahtisaari Plan, very much to the benefit of the Serb Orthodox Church.

In fact, what is missing is the cooperation of the Serb Orthodox Church with the Kosovo authorities in fully implementing these provisions. Most recently, Father Sava has expressed his concerns, having found himself between two groups of nationalists, those in Kosovo and those in Belgrade.

International organisations such as EuropaNostra and UNESCO should take this pressure into account, given that it is due to pressure by the Belgrade authorities, that cooperation between the Church with Kosovo authorities has been comprehensively denied thus far.

What adds to the complexity of this matter is the fact that UNESCO interacts with Kosovo according to UN Resolution 1244. Hence, UNESCO still refers to Kosovo as part of Serbia/the Former Republic of Yugoslavia.

As a UNESCO member-state Serbia may have diplomatic and political influence in the relevant organisations, but it lacks any effective authority on Kosovo’s territory. Serbia is therefore not in a position to fulfil state obligations required by UNESCO to ensure that surrounding conservation, protection, and access to these cultural heritage sites are met.

What is currently needed is engagement by all sides with the Kosovo authorities on these issues to achieve further practical gains in advancing the preservation and protection of cultural heritage in Kosovo – an aim very much in line with the philosophy outlined on World Heritage Day.

The opinions expressed in the opinion section are those of the author only and do not necessarily reflect the views of BIRN and the institution that the author is affiliated with.

Nora Weller is a lawyer and researcher on atrocities heritage and cultural heritage protection. She is based at the University of Cambridge, UK.