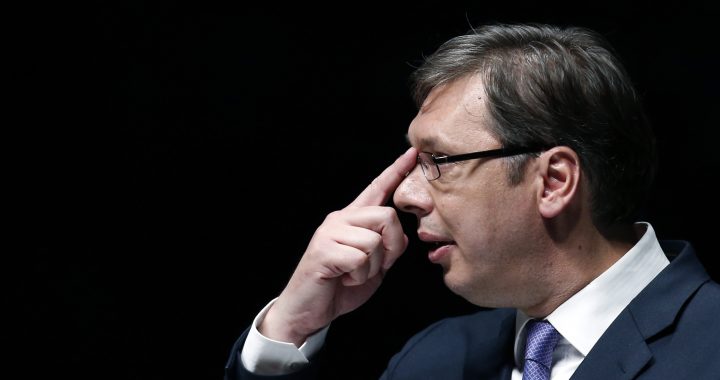 The depressing truth: No bright future for Western Balkans for decades to come

At the current pace of reforms, it is irresponsible to tell the people of the Balkans that they have a European perspective. No, they don’t. Their children do.

Regardless of what anyone might say about the speed of the Western Balkans’ EU accession, such as Federica Mogherini claiming that “it is largely up to Serbia to set the date for accession to the European Union,” it is obvious that the accession process is much lengthier than both the EU and respective Balkan governments are willing to admit.

The recent idea of the so-called “Berlin Plus” program–whereby Balkan governments will have access to millions of euros for infrastructure projects and projects that increase market competitiveness–is in its infancy, but has already garnered plenty of media attention. As with most EU initiatives in the region, this one, too, is as mysterious to the EU itself as it is to Balkan politicians and citizens. It remains unclear if the “Berlin Plus” will ever see the light of day. A Member of the German Bundestag, Thorsten Frei, in an interview for Deutsche Welle, even went as far as to say he “knows nothing of this new Marshall Plan.”

Despite Brussels’ denial that this new purported initiative will not be a compensation since the region cannot hope for quick accession, we must face the music and admit: the “Berlin Plus” idea is nothing but a consolation prize and appeasement to the incapable Balkan elites. At current pace, most of these countries have very little chance of entering the EU before 2030. Furthermore, to believe that the current Balkan leadership is capable of actually finding sustainable solutions to century-old problems is naive, to say the least. They may have tasted the pragmatism of Weber via their Berlin-based mentors, but they are far from understanding that holding a public office means fighting for national, not party, interests.

A recent text published in the Serbian daily Blic, authored by Serbian President Aleksandar Vucic, contains many general statements, without offering real causes of the current state of affairs or any real solutions. Instead, it sounds like nothing more than an invitation to an NGO panel discussion with no goal in sight. He compares Serbian-Albanian relations to the Palestinian-Israeli conflict and himself to Shimon Peres, quoting Peres and saying, “it is the duty of a leader to aim towards this kind of freedom, the one which gives peace, and to constantly aim for it, even when faced with animosity, doubt, and disappointment.”

Besides the obvious differences in historical perspectives, Peres’ quote illustrates the position of power. He is the one with near limitless Western international support, and he is the one who can alter the rules of the game for whatever reasons, supported by a massive military and economy. President Vucic is, with all due respect, a leader of an impoverished state which lost every single war of the 1990s, with a disastrous demographic projection, and a state where only 10 per cent of the population hold a college degree.

The Serbian leadership, therefore, simply does not have the capacity to alter the rules of the game, which have, time and again, been made clear: recognizing Kosovo as an independent state is one of several key conditions for joining the EU.

Therein lies the logical fallacy of reconciliation mentioned in the text – it is a process that has long-term interests in mind, and a process which, in theory, brings peace and economic prosperity to parties involved. Since Serbia, Kosovo, and Albania are all far from entering the EU, the promise of a purported European membership remains but a fleeting promise to truly reconcile Serbs and Albanians. Vucic’s text, therefore, is nothing short of a continuation of populist policies exhibited by all regional leaders, intended to remove themselves from the very difficult decisions that have to be made and calling upon “the people” (whoever that might be) to make the decision for him. No. Anyone who wins by a landslide not only has the right, but the true responsibility, to make difficult, unpopular decisions that will cost them votes. This prospect, however, is far too intimidating for any Balkan leader, Vucic included. Under current conditions, absolutely nothing should be expected to change.

European leaders, who remain absolutely obsessed with the concept of stability over democracy (stabilocracy), are attempting to design a waiting room mainly for Serbia, Albania, Kosovo, and Bosnia and Herzegovina. Montenegro appears to be accessing to the EU the quickest, while Macedonia, receiving special European and US attention, has potential to also expedite its entry. The Macedonian case, however, depends on sustained reforms of the Zaev regime, which remain to be seen.

The so-called Berlin+ is simply meant to give the Balkan nations an illusion that all is going well and that they will eventually join the EU. The process, of which we naturally, as always, know absolutely nothing about, has thus far been limited to pure speculation. Will it be akin to the Marshall Plan? Will there be money for infrastructure? Will there be an increase in IPA funds available to the Berlin+ countries? Will any construction works serve to build actual infrastructure across these countries, and not line the pockets of corrupt elites who need to be further co-opted in order to keep them in power?

Europe, preoccupied by the migrant crisis, Ukraine, relations with Russia, economic challenges (mind you, the Greek crisis is still far from over), and Brexit, has absolutely neither time nor interest to deal with a relatively small market of 18 million people and their autocrats. All non-EU Balkan states combined represent less than half of Ukraine’s population. It is clear, therefore, that Brussels has devised a damage control mechanism, while giving the Balkan people very little to be excited about.

All things remaining constant, the region cannot expect much prosperity and noticeable progress in the next 10-12 years. This is not depression or disappointment speaking – it is pure mathematics. Let’s put it this way – there are 34 negotiation chapters in total (35 for Serbia, with normalizations with Kosovo being the final one). Albania has yet to begin EU negotiations, as does Macedonia. Bosnia and Herzegovina is an applicant country and has not begun negotiations. Kosovo has signed the SAA and it has been ratified, but is still not a candidate country. Serbia has opened a total of 10 chapters and (provisionally) closed only 2. Montenegro has opened 28 chapters, and closed 3. At current pace, it is irresponsible to tell the people of the Balkans that they have a European perspective. No, they don’t. Their children do.

If rules of accession remain the same, there should be no reasonable presumption that the region is mere years away from membership.

To put things in perspective, let us take Serbia as an example. Serbia today has 25 chapters to open and 33 to close. In the best possible scenario, four chapters are opened and two are closed each year, which is, at this moment, far beyond Belgrade’s capacity to actually implement. In that case, it would take six years to open all chapters. We are now in 2024, with 17 chapters closed. Let’s say that the government picks up the pace and is able to close 4 chapters annually. We are in 2029 and Belgrade has just completed all negotiations, including the one on Kosovo. The chapter on Kosovo is actually probably one of the easier ones, since it is a purely a political issue and depends on a single signature. Meanwhile, preparing the country to meet EU criteria on environmental protection is a near-impossible task – 80 percent of the country does not have their wastewater treated, while harmonization will cost 11 billion euros.  The country simply does not have the human capacity to perform these tasks.

In this scenario, another factor should be taken into consideration – regional countries and their veto powers. Croatia, Romania, and Bulgaria have already blocked Serbia on its EU path several times, while Hungary expressed such a possibility at least once. It is fully reasonable, therefore, to expect this to happen again, for whatever reason, especially around election cycles. If we assume that it took Croatia two years to bypass the Slovenian veto, one can only imagine how much time it will take Serbia to do the same. Again, in the best case scenario, let us assume it will be only two years. By now we are in 2031 and Serbia has closed all chapters successfully and individual EU countries must now ratify Serbia’s membership. That process usually takes about another two years. It’s 2033 and Serbia has become a full member state of the EU. Bravo.

There is a way around this, of course, but it would call for the EU to make a tremendous compromise with itself and completely bypass its own rules in order to literally suck in all the remaining Balkan nations at once, as part of a package deal. All readers of this piece should ask themselves if Brussels has the resolve to do such a thing. In the meantime, the people can definitely expect more of the same, especially in terms of economics.

The region will need decades to catch up with the EU average. Kosovo’s economy, for example, at a constant 3-4 per cent growth rate, would reach today’s EU average in about 60 to 80 years. That number drops to 40 to 60 years should the growth rate increase to 5-6 per cent annually.

Is everything dark and bleak? Yes and no. Dark economic outlooks and partocratic, kleptocratic regimes, fully supported by the international community, are likely to reign and further extract resources from the system, thus making the lives of ordinary citizens even more difficult. On the other hand, as the Balkan countries approach the EU, the corrupt local elites will, unwillingly, slowly have to modernize their countries and at least somewhat reform the countries. These countries will definitely be made more livable in decades to come, but still, it’s decades away before they have clean air, treated sewage, high food standards, functioning public administration, acceptable highways, and easier access to loans. It is up to the people to truly choose their path, be it within their countries or abroad, in their new host countries.

Igor Zlatojev is  a freelance analyst and writer based out of Wroclaw, Poland. He may be reached for comments and suggestions via [email protected].