Deprived of a childhood

Every year, hundreds of children in Kosovo abandon their education in order to earn money and help make ends meet for their family.

On June 1, the day that Children’s Day is celebrated in Kosovo, 14-year-old Kujtim* will be wandering around the grounds of Prishtina International Airport collecting cans to sell for scrap metal.

Kujtim lives with his family of six in the village of Medvec, next to the airport, where he goes every day with his cousin to look for scrap metal. Before turning 15, he was forced to abandon school so he could provide for his family financially.

“I earn three euros a day from the cans I collect,” Kujtim says, sitting alongside his mother, Selime*.

There are four children in the family, only two of whom attend school. One of Kujtim’s sisters suffers from a heart disease and requires constant care. Providing for her is part of the reason Kujtim abandoned his schooling to try to earn money. 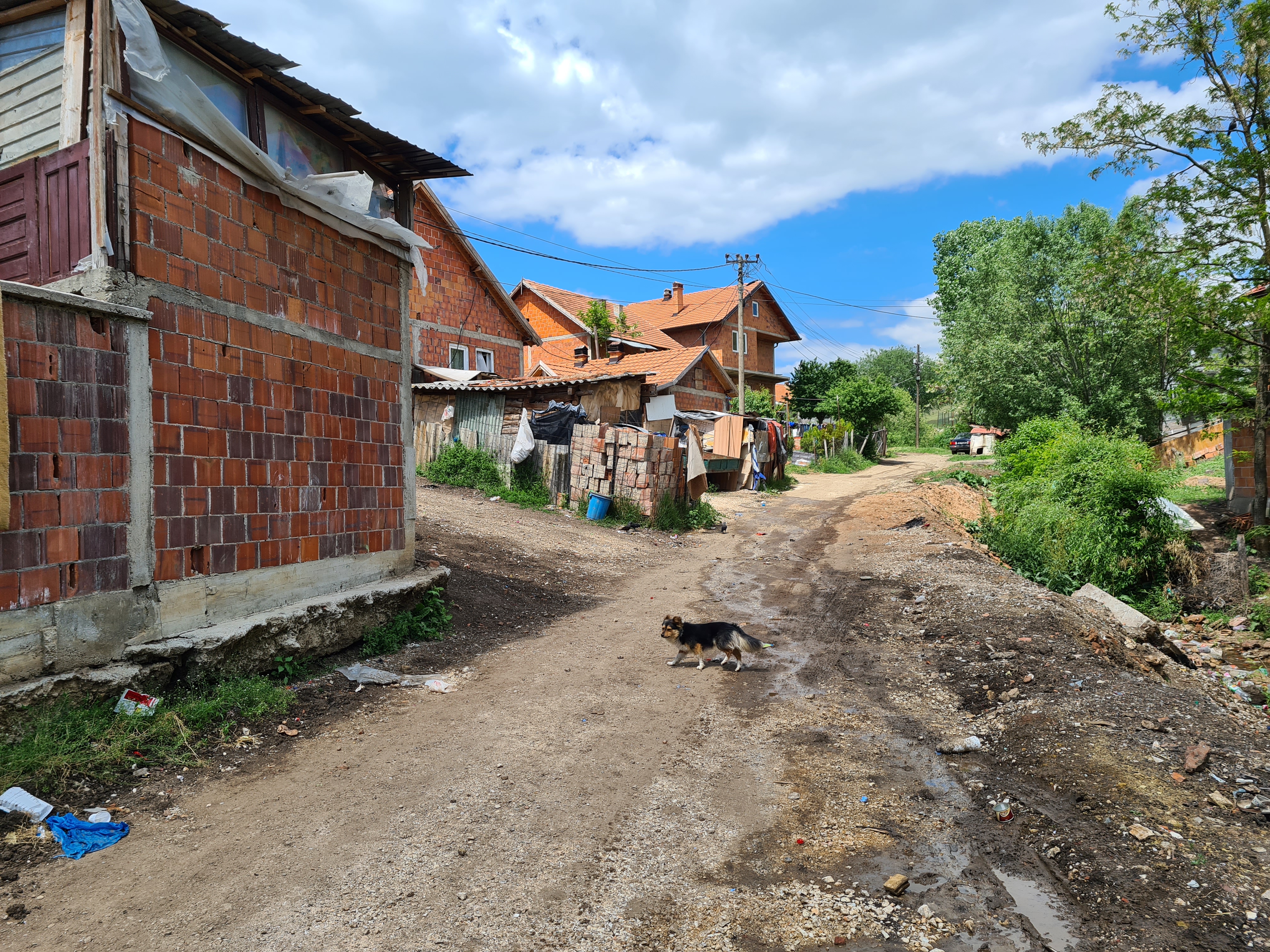 The family’s living conditions are extremely difficult. The stench caused by the lack of a sewer system is part of everyday life in their neighbourhood of Medvec.

There are roughly 200 houses in the village, almost half of which contain families from the Ashkali community. The houses in this neighborhood were built through charitable donations, but many still appear half-finished and provide minimal protection from the elements.

Almost all of the children in Kujtim’s neighbourhood work.

According to data provided by the Ministry of Labour and Social Welfare, over 50,000 children in Kosovo live in conditions of extreme poverty, with children from ethnic non-majority communities at higher risk.

A 2018 report by the Kosovo Education for Employment Network highlights that “a lack of education significantly increases the risk of child poverty, and as a result obliges them to engage in work.”

According to the report, roughly 17 percent of children from Roma, Ashkali and Egyptian communities are engaged in some form of labour.

Blerim Shabani, who runs the Department for Social Work at the Municipality of Prishtina, tells Prishtina Insight that children like Kujtim who work on the streets face particular dangers.

“Exposing children to the streets endangers their physical and mental wellbeing and increases their chances of being exploited by various networks of traffickers,” he says.

Shabani states that a lack of inter-municipal communication exacerbates the problem, as, according to him, the majority of children working informally in Prishtina are from other cities.

He adds that despite a lack of staff and budget for social centres, his department responds to every request for intervention.

By failing to ensure Kujtim’s attendance at school, Selime is technically breaking the law. However, she says that local authorities have not come to inquire about his absence from education.

“I know that according to the law he is not allowed to work, but we have no other option,” Selime says.

The education ministry has established an online identification and reporting system through which cases of children abandoning education are reported by schools each semester, and at the end of each year.

In the last school year it was reported that 1,089 students dropped out of pre-university education. The majority of cases involved boys dropping out of secondary school, and the main motivation was the economic situation of the family.

Edona Kutleshi-Maliqaj, a media advisor at the ministry concedes that the mechanism has deficiencies, particularly in identifying pupils likely to abandon education.

A number of children are also forced to beg for money on the streets in Kosovo. According to Musa Demiri, a spokesperson from the ministry of labour, 119 cases of children begging were reported in Kosovo in 2019. 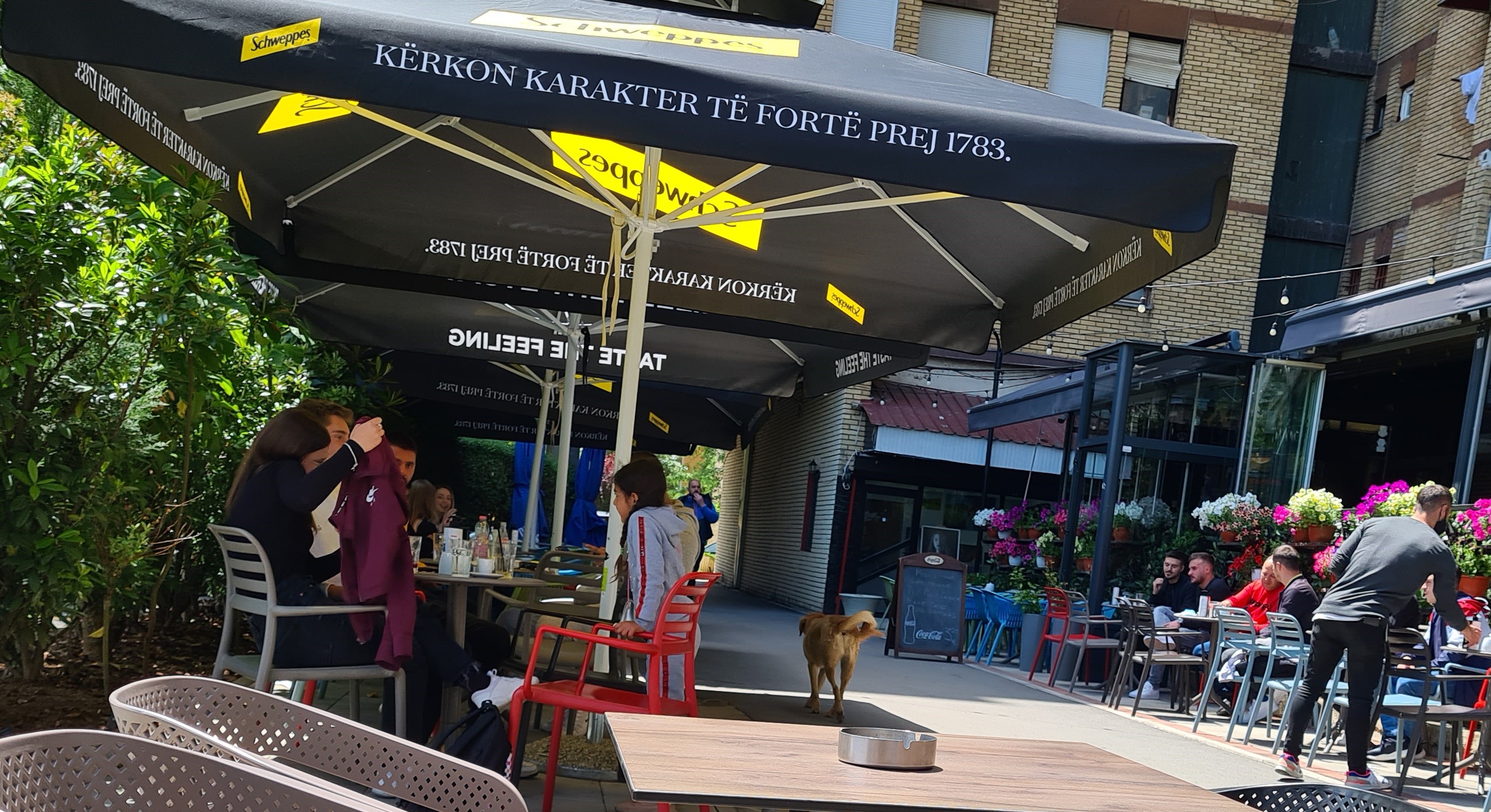 119 cases of children begging were recorded in 2019. Photo: Agon Sinanaj.

“In these cases, the Kosovo Police filed criminal charges against the parents of the children begging,” Demiri says. “At the same time some measures have been taken to remove them from the street.”

One child Prishtina Insight met begging on the streets, is Alma* a five-year-old Roma girl. She says her family moved to Kosovo from Albania in search of “a better life.”

However, life opportunities for the Roma community in Kosovo are often few and far between.

A study on ethnic non-majority communities conducted last year by the UN Development Program found that 78 percent of Roma in Kosovo did not have any formal employment, education, or training compared to 47 per cent of their non-Roma peers. The figure was even higher among young Roma women – 88 per cent.

By begging instead of attending school, Alma manages to earn around 10 euros per day, which she gives to her parents.

Her mother tells Prishtina Insight that the family were forced to take Alma out of school after being unable to find work and having to meet basic needs. “We need medicine,” she says.

*Names have been changed to protect the identity of interviewees.