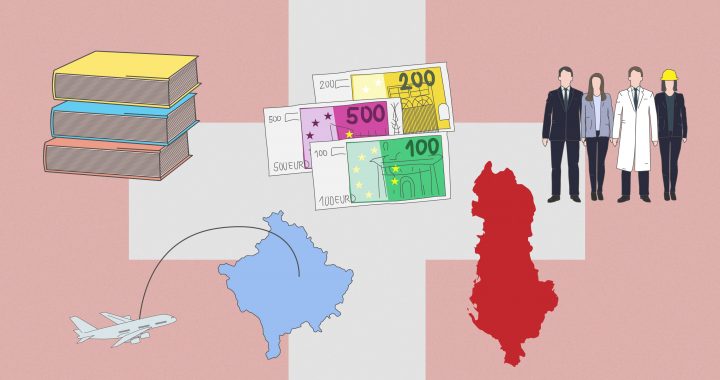 Diaspora as a subject, not object, of state policies

Reciprocity between home countries and the receiving states is the key condition for unlocking the potential of the Kosovo and Albanian diaspora.

Without the contribution and experience of active and engaged diaspora members, there is no chance for Kosovo to develop a stable policy for development.

Without this, it will be difficult to reach the declared goals of the Kosovo and Albanian governments to propel circular development processes and progress for receiving and sending societies. This process helps to enable members of the Kosovo and Albanian diaspora to be active in the social and political life of the receiving country and society, as well as the country of origin.

In order to serve itself and society as well as possible, it is necessary that diaspora structures in countries of residence, as well as countries of origin, are institutionalized. This would involve enabling proportional representation of members of the Albanian diaspora, specifically transnational citizens, in political institutions.

The report “Diaspora as a pushing force for development in Kosovo: a myth or reality,” published by the Forum for Democratic Initiative, says that remittances from the diaspora have mostly been spent through general consumption and luxurious goods.

As an example, only a small portion of the money that comes from the diaspora is used for education. The study explains that the level of investment from the diaspora remains lower than expected, and diaspora members from Kosovo are more and more focusing their efforts on integrating in the receiving country rather than investing in Kosovo.

So far, the economic aspect is excessively emphasized, completely bypassing the knowledge that comes with the culturally-enriched human capital of the diaspora.

This capital can be multiplied in a different country and society, along with the experience regarding how the administration of a country can work better, what services a country and society can create and offer, and how the living standard and general social welfare can be increased.

In a 2015 study from the University of Vienna by Gejsu Plaku and Ujbien Shehu called “Migration and the Albanian diaspora (Kosovo included)” Plaku and Shehu conclude that state policies towards diaspora have so far been insufficient, also due to the fact that only the economic aspect is considered. It has been proven that possible investors mostly seek personal gain and not necessarily follow the interests or general progress of society.

Regarding diaspora policies, governments need to draw up and apply concrete plans for the construction and creation of mutual and sustainable mechanisms and structures, which are coordinated on many levels, and have to include all relevant shareholders, specifically transnational individuals and Albanian diaspora networks.

Thus, in order to send this human and economic capital of the diaspora to the country of origin, there needs to be a readiness from state authorities in Albania and Kosovo, in cooperation with the organization that represents diaspora interests, Germin, in order to create a framework for these relationships and the transfer of resources.

In the diaspora, specifically in Switzerland, there is a relatively high participation of Albanian migrants – mostly Kosovars – in institutions that deal with education, culture, science, society, healthcare, agriculture, technology, industry, economy and banking. There are many Kosovars that are engaged in NGOs and state and civil institutions and in political structures such as parties, syndicates, municipal and cantonal assemblies. The intensification of transnational activity between Switzerland and Kosovo and Albania can create added value if encouraged in the right way.

Professional members of all possible profiles from the diaspora are motivated to transmit enriched educational, professional, cultural and political lessons, skills and experiences in their countries of origin.

To enable this transmission, members of the diaspora must have institutional involvement in Kosovo, contracted by both Kosovo and their residing country, with a clear mandate and cooperation from both.

Interstate agreements for cooperation, for instance that of “partnership for migration” or “repatriation” which are currently favorable only for the receiving country, which holds a stronger negotiating position, could serve as a model for institutional inclusion. The necessary human capital and resources would enable transmigrants and diaspora networks to have a positive effect on the reforms and processes of EU accession.

Better management structures for human capital and resources of migrants between the diaspora, the receiving country and the country of origin would enable transmigrants and diaspora networks to contribute more naturally towards the processes of EU accession in countries of origin.

Plaku and Shehu believe that it is important to “create partnerships between Albania, Kosovo and receiving countries of Albanian migration in order to efficiently interconnect and combine migration and developmental policies.”

“Besides this, the involvement of diaspora networks that are transnationally active is important in order to create a favorable situation for all shareholders: one of the priorities of migration policy needs to be set on exchange and cooperation, or circular migration,” they conclude. “This would enable to have transferral of knowledge instead of brain drain, more specifically the free movement of brains.”

This article is part of a series of op-eds published on Prishtina Insight and Kallxo.com as part of a project called Leveraging Diaspora for Policy Development from NGO Germin. This article was produced with the support of the Democratic Society Promotion, DSP,  project financed by the Swiss Agency for Development and Cooperation, SDC, and the Danish Foreign Ministry, DANIDA, and managed by the Kosovo Civil Society Foundation, KCSF. The content of this article does not necessarily reflect the views of donors and implementers.

Osman Osmani is a Swiss-Albanian diaspora activist who was politically persecuted by the former Yugoslav government. He is the co-founder and co-director of the Professional Center for Migration in Switzerland and initiator and co-founder of the structure of social democratic migrants of Switzerland, who he represents in the central directorate of the Social Democratic Party of Switzerland. He is also member of the Unia syndicate, responsible for southeastern Europe. He has been continuously involved in political and social developments in Kosovo.