Prishtina Insight spoke with Visar Morina, writer and director of the award winning film Exile about how his experiences growing up in Germany as a Kosovo Albanian refugee shaped the film.

When Visar Morina started writing the script for his film Exile in 2016, the media in Germany, where he resides, was filled with discussions over Syrian migrants’ arrival to the country. The refugee experience was one Morina knew well, as two decades previously he and his family left what he describes as the “horror and terror” in Kosovo for Germany.

Exile premiered at the Sundance Festival in January this year to much acclaim, later winning the Heart of Sarajevo award at the Sarajevo International Film Festival in August. It has since been put forward as Kosovo’s entry for the Academy Award for Best International Feature Film.

Morina tells Prishtina Insight that his experiences as a migrant in Germany informed much of the film, from what he describes as the insult of being told that he was “not really Albanian” as a compliment, to the layers of racism he experienced in German society, including in its upper echelons.

The protagonist of Exile, Xhafer Kryeziu, is a migrant from Kosovo, who is married, lives in a middle class German neighborhood and works as a chemical engineer. Well-educated Xhafer has a stable life, but believes that he is being overlooked by his colleagues, primarily because of his ethnicity. Amidst an identity crisis, doubts and paranoia, the film unfolds.

For Morina, the decision to focus on an educated, middle class migrant was important, as discussions around racism in this strata of society become more blurred.

The director tells Prishtina Insight that while racism has been the focus of the media spotlight in 2020, it is mainly from people that do not experience racism on a daily basis, and draws comparisons to his experiences in Germany with other prejudices within Kosovo society.

Read the full interview below:

Prishtina Insight: In 1994, you started a new life in Germany. Tell us about your beginnings there, and how it affected the writing and direction of Exile.

Visar Morina: I don’t have much to say about 1994, but what I can say is that I was totally outside of [German] society. I know this society the same way as all “foreigners” who are not  much admired here – we know we can always receive a hostile reaction, either due to racism or just because someone else had a bad day.

Certainly, my experience as a foreigner in this society had a huge impact on the film, as well as the rest of my life. 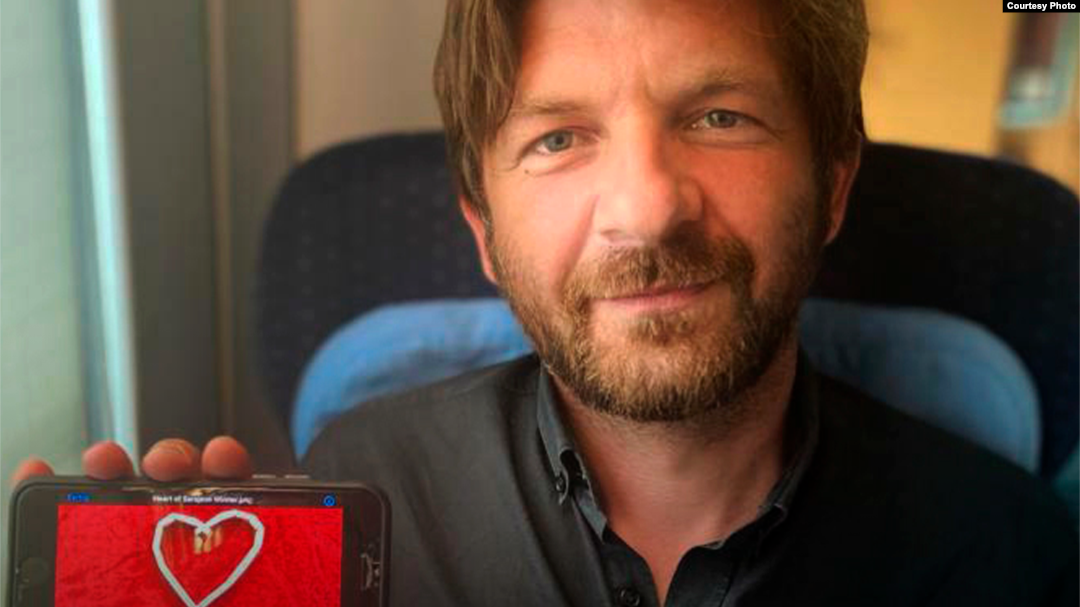 It’s common for films discussing themes around migration to use characters that work in construction, or are waiters, or gardeners, but Xhafer is a chemistry engineer. Why did you make this choice?

The situation has started to change, and while there are many Albanians that have the kind of jobs you mention, the longer that migrants spend abroad, the more access they have to different jobs.

For me, it was also important to explore racism, or the lack of acceptance, among the upper echelons of the employment ladder, where the picture becomes even more blurred and complicated. I know that racism is often used as a tool to weaken you there, because they know that you are vulnerable.

The reason that the character had to be a scientist is that, for me, it was interesting for the film to depict a person who is trying to understand his own reality. Although, in Xhafer’s case, the search for meaning made him lose all sense of it.

I also needed a person who is focused on facts. As a scientist, Xhafer is educated to see things in an objective way, and I found it thrilling that he was losing himself to subjectivity.

You said that the migrant is no longer the least educated, but racism or exclusion also occurs among the well educated. Is racism still directed at those migrants despite the level of education that has been reached?

What is important in Exile is that the protagonist is a foreigner and comes from a country perceived as ‘undeveloped’ by society. It is not important that the character is Albanian – he could be a Turk, Serb, Kurd, Iranian or someone else. The film addresses the topic of a migrant that has lived there for a long time and is well educated.

I think that racism has never been about levels of education. I’ve seen doctors being subjected to racism. I work in a theatre and have faced numerous racist incidents. It is not a question of education. I see racism as a virus, more or less.

Albanians also seem to me very racist. In fact, racism in Kosovo is very advanced. The main question I was asked in Kosovo was where I was from and where I am living.

The fact that I was raised alongside the cows led to an actress [in Kosovo] telling me: ‘Do not mention this anymore because you are embarrassing me.’ Pointing out the distinctions between villagers and non-villagers in Kosovo has similar consequences to the racism in Germany. 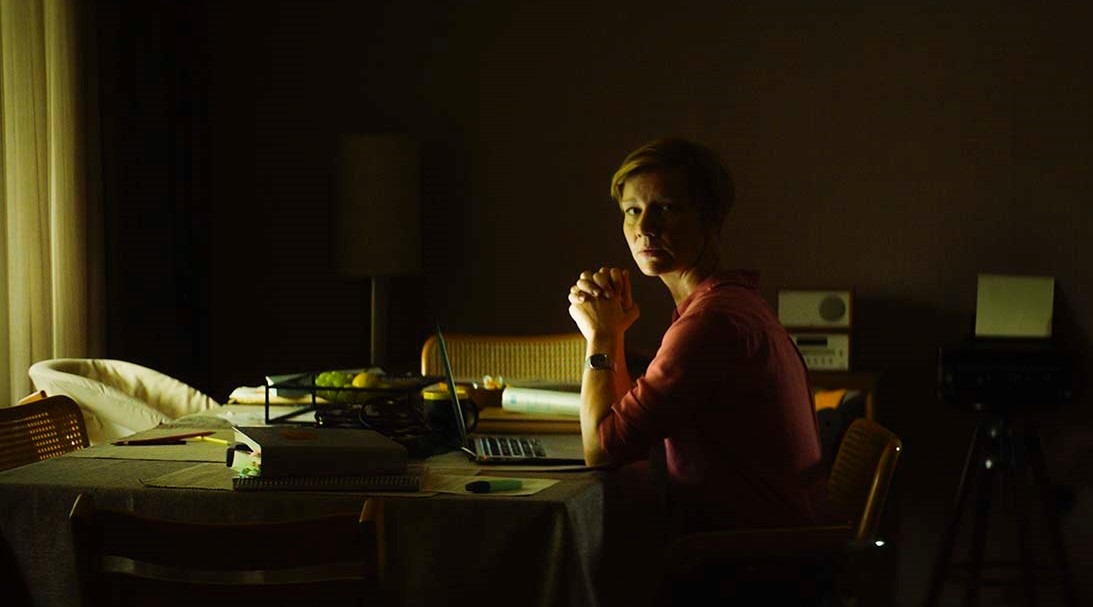 In Kosovo people still see it as important to leave the country, especially to Germany. For the majority of the population, it is important to find a job, make some money, help family members etc. Why are you going beyond this and focussing on the way migrants are treated there?

If one is always under the rain, then the most important thing is to escape the rain. We are talking about a place that experienced a war and 10 terrible years, at least. From this perspective, a country [like Germany] that you don’t know much about, offers opportunity.

There is a Bertolt Brecht quote: “food first, then morality.” If I am a human that is concerned about my existence, I first try to avoid danger. After I am safe, I can think about what’s good and what’s not.

Kosovars were living in such a way that any place where there was food and no danger was a paradise, but after a short period you have other feelings and needs.

Kosovars who live in European states often say “my boss loves me.” However, in Exile, Xhafer experiences the complete opposite. What was that intended to show?

This expression makes you feel sorry for whoever says it – it tells of extraordinary suffering. It demonstrates how people get complexes due to mistreatment. I understand where the expression comes from, and I find it extremely painful. As we say in Cikatove, when everyone treats you as a cow, you start believing that you are a cow.

When someone treats you well, you make it a big deal, but nonetheless it is exploitation of migrants, who already have a set position in society. A big discussion in Germany today is about care for the elderly. Many families cannot take care of older family members and hire emigrants, who are underpaid.

However, fortunately things have started to change. My brother is a professor and has his own institute, while my father was never at school. In my family, there are all the layers of [migrant society] that I mention.

In one scene, all of Xhafer’s colleagues applaud him during a meeting, in which the manager refers to the company as being a big family in which diversity is valued. However, the same manager later discriminates against Xhafer.

Politicians also often speak of a ‘big European family, Europe’s solidarity, diversity and acceptance for everyone, but the reality is often different. Discriminination continues, be it in employment or other respects, and there is an increase in support for right-wing parties and discourse against migrants and refugees. Do you see a connection here?

Before I wrote that scene, I read many speeches by German presidents. The position of the president in Germany is symbolic, more or less, the position is to represent the state and “speak nicely.”

The scene is also connected with another scene in the film, where Xhafer speaks with a woman and he is told: ‘Ahh you know how to count, that’s good,’ ‘you don’t beat your wife at home,’ and ‘you are civilised.’

This captures the feeling I had when I was at school and was told: ‘For me, you are not Albanian,’ and they thought that it was a compliment. This is a very insulting and ignorant approach. In the 1990s people at schools insulted people by saying they look Albanian – as we say today in Kosovo against Roma people.

Someone may say that all the problems that we have discussed are problems of dynamic capitalist societies and have nothing to do with racism. You are putting more emphasis on that hidden racism. Why?

First of all, I am not saying that all of society is racist. I cannot say that everyone is racist. But when we speak about hidden racism, what makes it dangerous is that you never know if it is [racism]. If you faced it at a trial, you would never win the case as it is not direct, it can always be something else and this is dangerous.

I don’t know why, but the film gave me the impression of the characters of Kafka…

In general, Kafka is the most influential writer to me. I have spoken about the connection between Kafka’s characters and those in the film in the past.

If an individual loses his security and deals with other issues, but does not find answers, very often the individual is in the same situation as Kafka’s characters. There is an isolation from the others and no explanation as to why this happens, and whether you like it or not, you are in a Kafkaesque situation. However, my intention is never to write a story similar to Kafka, but it is just [naturally] similar.

You mentioned Brecht before, a revolutionary playwright and poet. There is a scene in Exile where Xhafer threatens one of his colleagues by holding a knife to his eye, asking whether he is behind the mice being put in his house. Is this the only revolt that migrants are left with?

I haven’t thought much about this. Xhafer reacts like a headless chicken, which is something that Xhafer does not usually do. It is a childish act, a revolutionary one but one that gets him nowhere. Later he is ashamed of this behaviour. 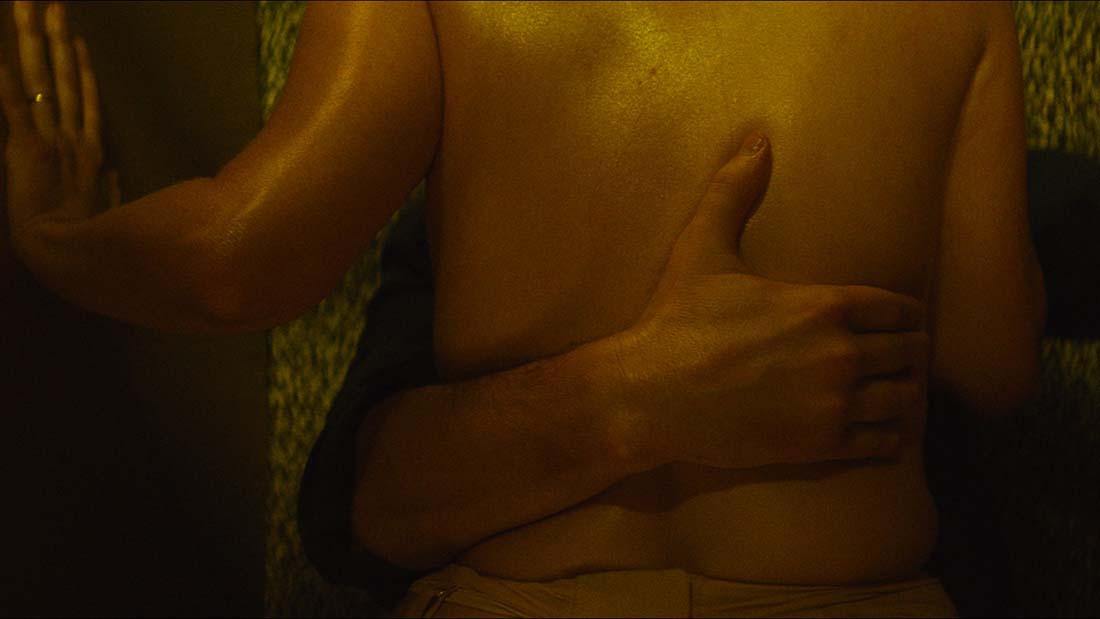 Throughout the film Xhafer is constantly sweating. Why?

It’s not only Xhafer but also other characters. Even before starting the script I knew that the characters would be sweating.

It can be seen differently for different people. For me, I like characters sweating in films, I like physical cinema, and I try to make films as physical as possible. The sweating also gives you the impression of pressure.

Finally, given global political developments and their connection with Exile’s themes, as well as the possibility of the film being nominated for the Oscars, is this a form of exploiting these developments to gain from art?

I wrote this script in 2016. Racism in America has become a big issue [recently], and people started to become more sensitive towards this topic, but I think mostly people who do not experience racism on a daily basis.

I believe what we call ‘art’ should deal with social issues.

Certainly art can gain from this [momentum], but if as an author I start to follow that [logic]… I don’t think this is a good path because I may start to deal with issues that are not directly connected with me.

I think that it is important to deal with issues that you have a connection with, that affect you. If you just look at what is happening as a big social issue and start to examine that, there is the danger that the results will be fake.

This interview was conducted in Albanian and has been edited for length and clarity.