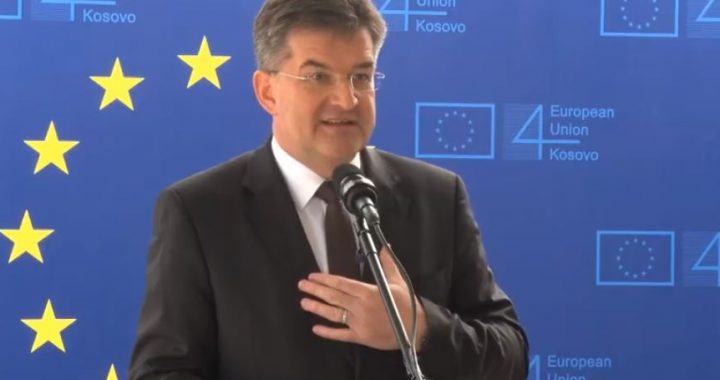 Expressing satisfaction with his meetings in Kosovo, the EU diplomat again pressed the government to respect all its obligations, including on the vexed issue of an Association of Serb-majority Municipalities.

After a 48-hour visit to Prishtina, Miroslav Lajcak, the EU Special Representative for the Kosovo-Serbia dialogue, expressed satisfaction with the results at a press conference before continuing to Belgrade.

“In all meetings my partners expressed their support for the dialogue, expressed their understanding that the dialogue is good and important for Kosovo, and confirmed that Kosovo will honour all its commitments – including the one on establishing the Association of Serbian municipalities,” Lajcak said.

The planned Association, which Kosovo pledged to set up in 2013, has been a subject of growing criticism due to fears that its autonomy could render the Kosovo state dysfunctional. Kosovo’s Constitutional Court has ruled a 2015 agreement outlining principles for the Association as being against the spirit of the constitution in 22 areas.

But Lajcak said the court ruling was not an excuse for inaction. “The Constitutional Court never said the association should not be established,” Lajcak said.

The EU diplomat denied that the EU itself would forge agreements that would weaken the functionality of the Kosovo state.

“The European Union has no interest in destabilising Kosovo or introducing dysfunctionality; at the same time, Kosovo made commitments with the agreements of 2013 and 2015, and must show consistency in respect of these agreements,” Lajcak said.

The issue has added strains to the EU-led dialogue between Kosovo and Serbia, which has halted again lately, with Belgrade now officially conditioning continuation of the dialogue on establishment of the Association of Serb Majority Municipalities.

The Belgrade-backed Lista Srpska party, which represents Kosovo Serbs, has warned it will quit the Kosovo government if the Association is not set up soon.

However, Lajcak, who met Lista Srpska representatives, said that the party would not leave the government.

“They have no reason to leave the institutions because all my partners clearly confirmed that this was agreed and this will be discussed,” Lajcak said.

Lajcak also said that both parties should be ready for compromise in order to move forward with a legally-binding agreement mediated by the EU.