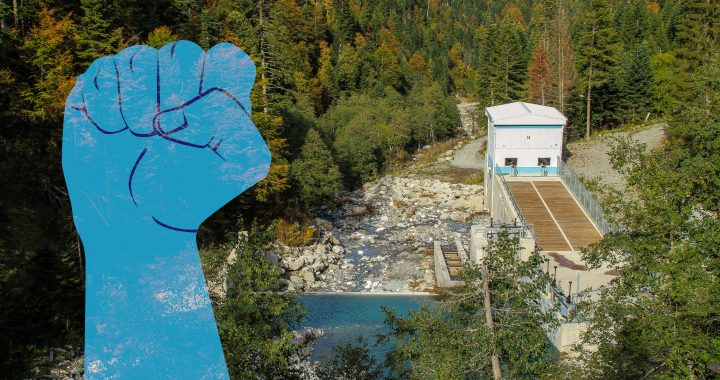 The ceasing of operations for the three KelKos hydropower plants is a temporary victory in a longer battle. We must stand together against the degradation of our rivers.

Wednesday’s decision by the Board of the Energy Regulatory Office, ERO, which stopped three KelKos hydropower plants from generating electricity was a temporary release for environmental activists, residents of Decan and everyone that cares about the plight of Kosovo’s rivers.

Nothing happens overnight, and at Pishtaret, the NGO of which I am a co-founder, we know that this is an especially challenging task. But we also know that our cause is just and that we have no other option but to emerge victorious. The decision from the ERO only further reinforces our belief that just causes must be fought uncompromisingly. This is a small victory towards our goal, but it assures us that we are moving forward.

Pishtaret has often been told that we shouldn’t even bother to try and bring law and order to the Decan gorge. People even said that they felt sorry that we were trying so hard, because things don’t work according to the law in Kosovo and we should understand that.

But that is exactly what made us more determined. How could we just give up on our land, and our centuries of sacrifice to see Kosovo become a state with its own laws? It wasn’t an option. As soon as KelKos, Kosovo’s institutions and the people who were sceptical at first saw that we would not give up, their approach started to slowly change.

For a long time, our main struggle was resistance from Kosovo’s institutions to provide access to documents, let alone support our cause. However, yesterday, a number of public figures welcomed the ERO’s decision, including MPs and mayors. Up until then, all decisions on KelKos were made in a vacuum, no explanations, no comment for the public.

There are a number of problems in Kosovo, some of which may seem daunting and impossible to change, but KelKos’ endless violations of the law and their influence over Kosovo’s institutions once seemed limitless. Today, we believe that the balance is shifting towards the people.

When Pishtaret first began our resistance to KelKos’ environmental degradation, we were not known outside Decan, and we didn’t have many contacts that we could approach for help. But once we started reaching out to people and they kept introducing us to other activists and groups, we were never alone.

Pishtaret may have started this, but words are not enough to describe the power of solidarity and the united efforts of individual activists, NGOs, individuals sharing our posts and journalists who covered this issue. That’s not to mention the people on the street who kept an eye on KelKos’ operations.

However, the biggest help has come from Kosovo’s activists who have not only provided assistance without any reservations, but have become friends who provided support.

Every single act has led us to this point. For example, sharing a post may seem like a small thing, but after someone shared the article detailing our meeting with the environment minister, an Austrian scientist read it and called Kelag, KelKos’ parent company.

That led to trouble for Kelag, and great things for us, as many things have developed since then, but it started with someone simply sharing an article. This is just one example.

Despite this backing from a number of citizens and local organisations, support from the international community in Kosovo has often been absent, with many figures choosing to remain silent.

The Austrian Embassy especially has chosen to clam up and pretend that the degradation and legal violations are not happening, continuing to support KelKos behind closed doors. Pishtaret has made numerous efforts to reach out to the Embassy, but they have ignored us and continued to make attempts at lobbying Kosovo’s politicians in support of KelKos.

Our main focus is now on Blerim Kuci, the environment minister, and ensuring that he keeps his promise to us that KelKos will not receive an environmental permit without meeting the legal criteria, which include building a dam for the local population and rehabilitating the river.

The minister told us that he feels ashamed about what has happened to our rivers. Now is the chance to prove that he was sincere, and is intent on addressing this issue through legal means. Now is the time for Minister Kuci to demonstrate that his claims on the devastation of Kosovo rivers were genuine.

Wednesday’s decision by the ERO was a victory, as it proves some institutions are prepared to follow the rule of law and not give in to pressure from Kelag. However, this is just one institution that has done its job right.

The Ministry of Economy and Environment now faces extreme pressure from KelKos, the Austrian Embassy and other international actors to provide Kelag with an environmental permit, despite the company not repairing the environmental damage it has wreaked on the Decan gorge.

KelKos released a statement on Wednesday stating that they closed the power plants voluntarily, that all environmental requirements have been concluded with the ministry, and that only a technical issue with one hydropower plant is outstanding, which will soon be addressed.

In the statement, KelKos even said that they are working closely with civil society. When I read this, I was left speechless.

The first and last contact Pishtaret had with KelKos was the lawsuit they sent to us and a network of over 100 Kosovo NGOs. If that is what they consider working closely together, then our response is simple: We will never stop fighting for our rivers.

Shpresa Loshaj is a co-founder of environmental organization “Pishtaret” based in Decan, a policy Advisor to the Canadian government and a member of the Germin organisation’s Diaspora Network.