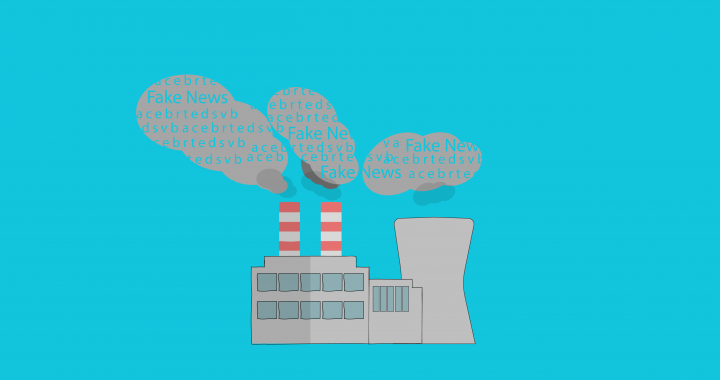 Fires in Istanbul and smoke in Obiliq

Obiliq is only eight kilometers off the capital of Kosovo, but initial reporting on the field fire that occurred there is only based on photos and videos sent by citizens. Journalists served their readers photos that date from an earlier tragedy in Istanbul.

“Smoke has enveloped the Municipality of Obiliq as a result of the burning of iron and rubber residue in the MetalKos zone. The event was confirmed by KEK [Kosovo Energy Corporation] spokesperson Skender Bucolli. According to him, the ignition happened away from the coal power plants and there has been no problem with daily operations.”

The paragraph above should more or less be the content of a report on the local event that happened one Sunday in the Municipality of Obiliq, the area where two coal power plants that supply the country with electricity are located.

The article on “the big fire at the Kosova A coal power plant” was precisely published with the caption “breaking news.” A fire that according to authorities happened in a field, was relayed to the public opinion as an explosion at the power plant, or near it, spreading uncertainty and fear among Kosovar readers.

Results of online media monitoring show that verification of information before publishing is the main challenge that online media in Kosovo face. The copying of unverified material from one news portal to the other is also common practice, which mostly comes from all media wanting the freshest news on their website, regardless of whether it is confirmed.

The only sources in the article are the photos and videos sent to the newsroom by, according to the portal, a large number of readers. Online media reporting has become easier because oftentimes the first wave of information come from eyewitnesses who report on recent events or by posting them online and sending them to newsrooms.

But on the other hand, information that circulates this way is not always credible because there is a risk of false news, propaganda, and in this case, stirring up fear among citizens.

“A big fire has exploded in the Kosova A coal power plant,” was the title of another news article on Periskopi. The article reads: “It looks like this coal power plant was engulfed by fire from a possible explosion.”

“Big smoke around the Kosovo A coal power plant” was the headline on the Metro online newspaper, continuing with the same content.

Bota Press went even further by complementing the news article on the fire with helicopter photographs of an incident that happened a few years ago in Istanbul, Turkey, where numerous people died.

Initial reporting by online media in the field fire was done based only on photos and videos sent to the media by citizens, eyewitnesses. This kind of reporting results in media spreading the panic of local citizens all around Kosovo and beyond, even in some online media in Macedonia and Albania.

Considering that the news about the field fire in Obiliq was reported on and represented only based on witness photos without any on-scene reporting, it resulted to be false.

According to KEK spokesperson Skender Bucolli, the fire happened at MetalKos – a company that collects iron and rubber residue, away from the operational spaces of KEK. “It was a field fire, the grass caught fire, and there were also old tyres there, but there was no risk to our operation,” Bucolli wrote on Facebook.

In the afternoon that day, media outlets revised their news articles, adding new information referring to the official statement by KEK and on-scene reporting. Yet, the initial false news articles remain online.

Local news are especially important when they come from areas like Obiliq where divisions of electricity production are located. Furthermore, professional ethics limits journalists from being hasty with reporting when certain areas have been sites of fatal incidents. In 2014 precisely at the Kosova A coal power plant, two people lost their lives and others were injured as a result of an explosion.

Such tragedies with casualties should serve as an example why media should be responsible both with the text and with the visual aspect of reporting when they inform the public about a specific event. This is not only misinformation on a specific event, but also causes low trust for genuine journalistic reporting and creates uncertainty about general reporting.

This project was financed within the grant-giving program supported by the European Union, Office in Kosovo, and implemented by the Balkan Investigative Reporting Network, BIRN, and the Association of Kosovo Journalists.