In photos: Activists and allies of Kosovo’s LGBTQ community celebrate the country’s first public pride march ‘in the name of love.’

Hundreds of people from Kosovo and the region marched in Prishtina for the country’s first ever pride parade on Tuesday.

“We are proud to lead the first pride parade in Kosovo. Today I’m raising my voice for everyone that could not walk with us today,” said LGBTQ activist Lendi Mustafa as the march drew to a close and turned into a dance party at Zahir Pajaziti square.

Marchers waved rainbow flags in the bright autumn sunshine and chanted slogans like “get up for love!” “love has no borders!” and “pride!” in between pop songs by Dua Lipa and Beyonce blasting from loudspeakers.

The parade was organized as part of Kosovo’s 2017 pride week, under the slogan “In the Name of Love.”

Though this is Kosovo’s first pride parade, it is not the first public action organized by the LGBTQ community; over the past few years, activists have privately organized marches to mark the International Day Against Homophobia, Transphobia and Biphobia, IDAHOT.

As marchers gathered at the start of the parade in Skenderbeg Square, Kosovo President Hashim Thaci made a quick appearance to state his support for the event.

“I am here to express support for the LGBTI community and confirm that all communities in Kosovo are equal, that our state and society are built on principles of freedom and equal rights for all,” said President Thaci, adding that violence or threats against the community would not be tolerated.

Other politicians and diplomats in Kosovo and activists from the region also came to town to mark Prishtina’s historic event.

US Ambassador Greg Delawie made a quick remark, as the event wrapped up, saying, “I want everyone to know that the US Embassy stands with you.”

Human rights activists criticized religious hardliners for spreading hate speech against the community in the days leading up to pride. On Monday evening, local media reported that an anonymous threat email was sent to some media, warning supporters not to attend the march.

“As Kosovo is a very homophobic country, we knew that we would face such comments. This is exactly one reason why Kosovo needs a pride parade – for such persons to be exposed directly to the movement of the LGBT community,” a representative of the Center for Equality and Liberty, CEL, told BIRN.

But despite a small handful of young men on the fringes of Mother Teresa Boulevard holding paper signs in counter protest, the parade itself unfolded smoothly.

“It’s very nice, though I expected more people. It could be the families that stop them from coming, and there are others who cover their faces so that they’re not seen on cameras,” said Gresa Isufi, a 20-year-old freelance programmer who attended the parade. “It’s a good thing that the parade is happening here… every progressive capital city hosts parades, I hope it will continue to occur in the coming years.”

All photos by Atdhe Mulla. 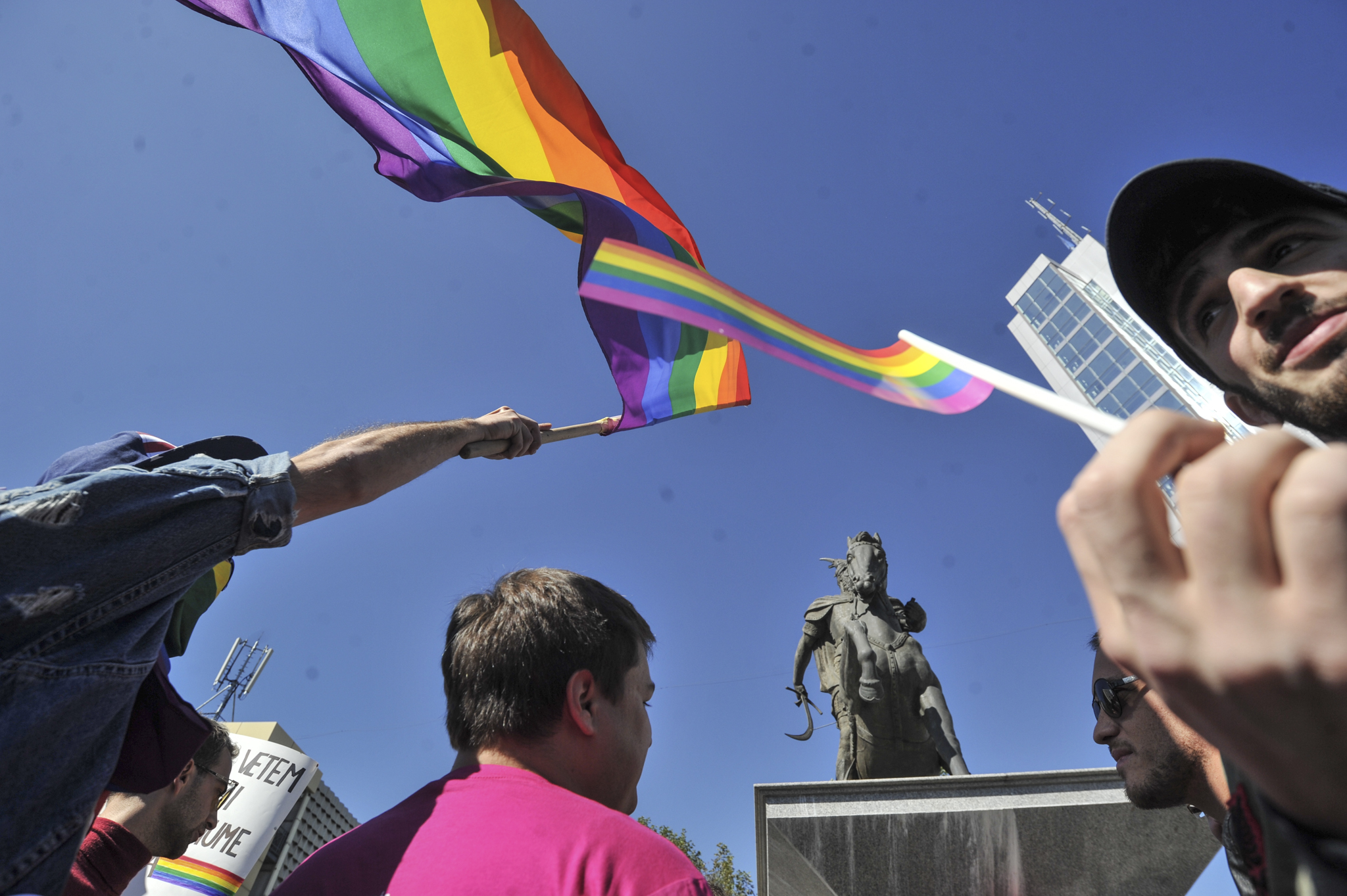 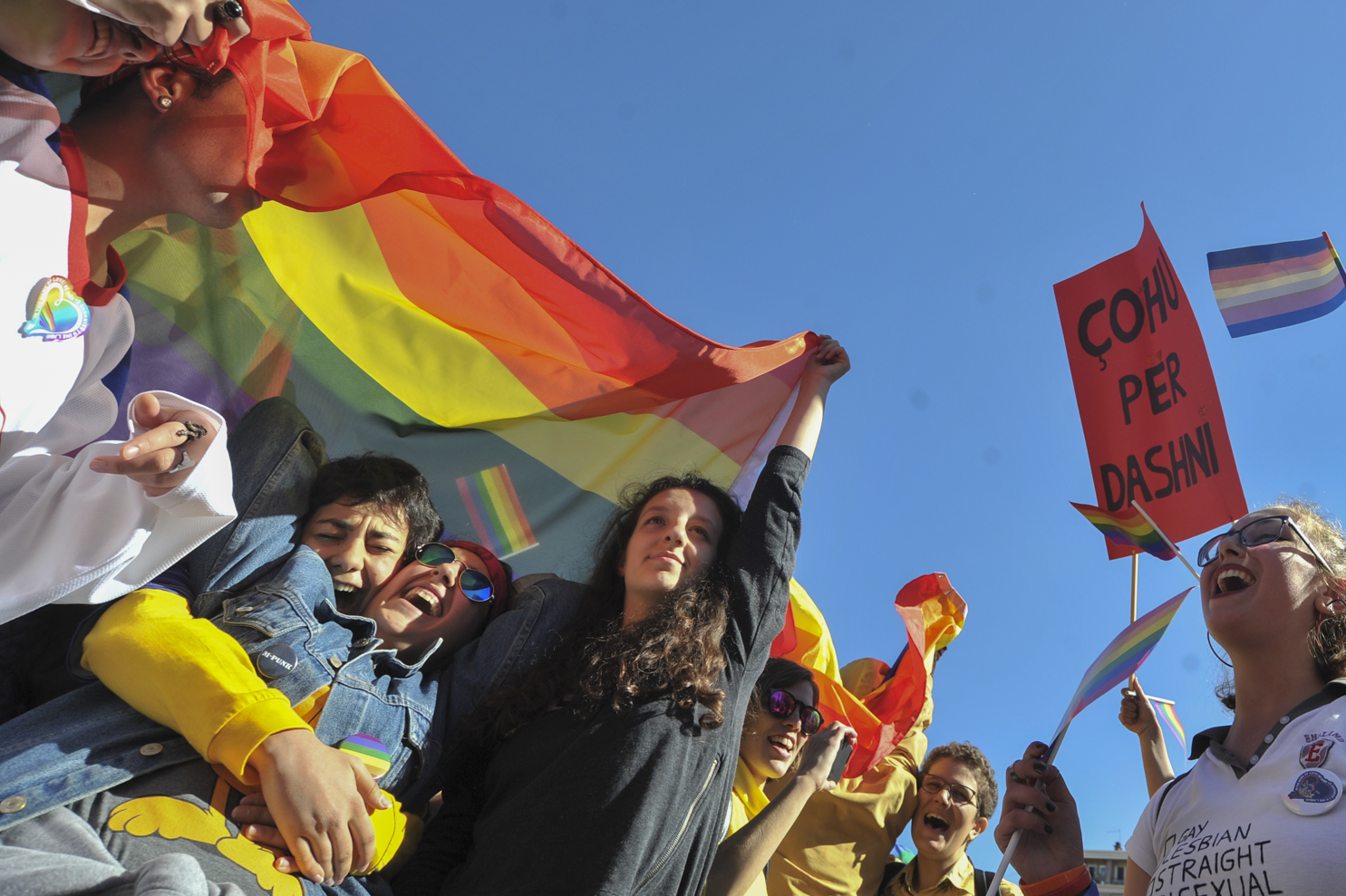 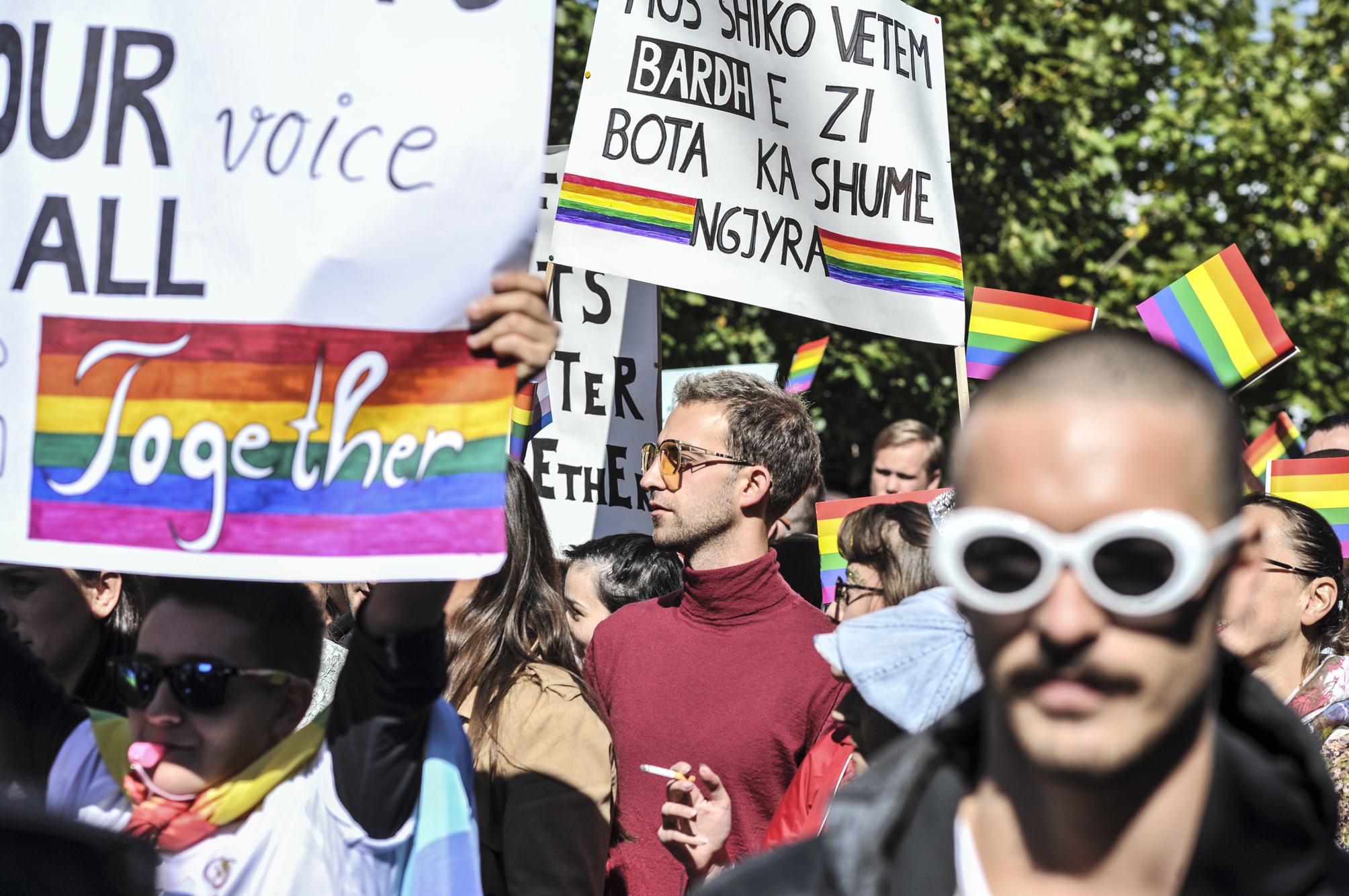 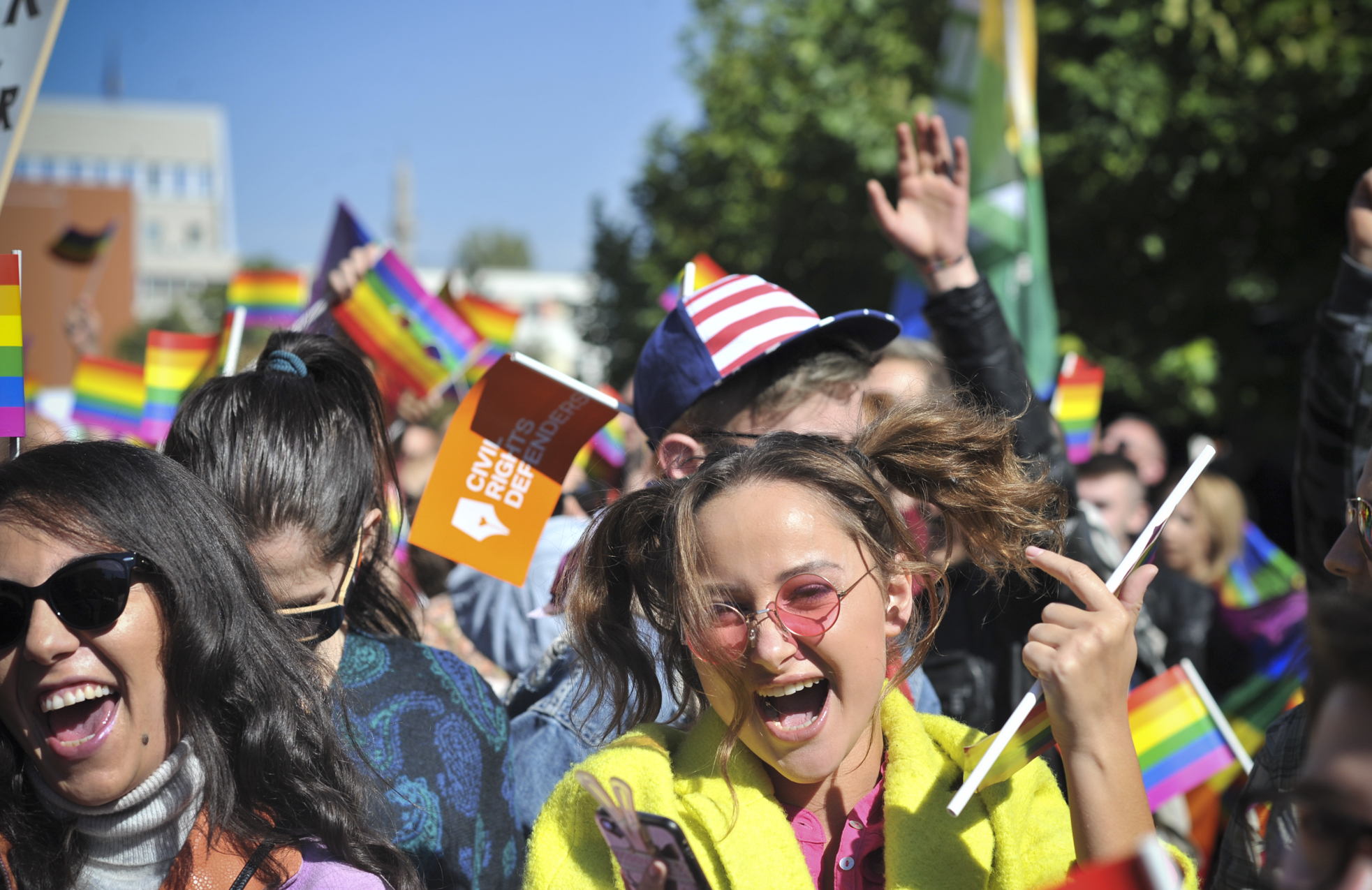 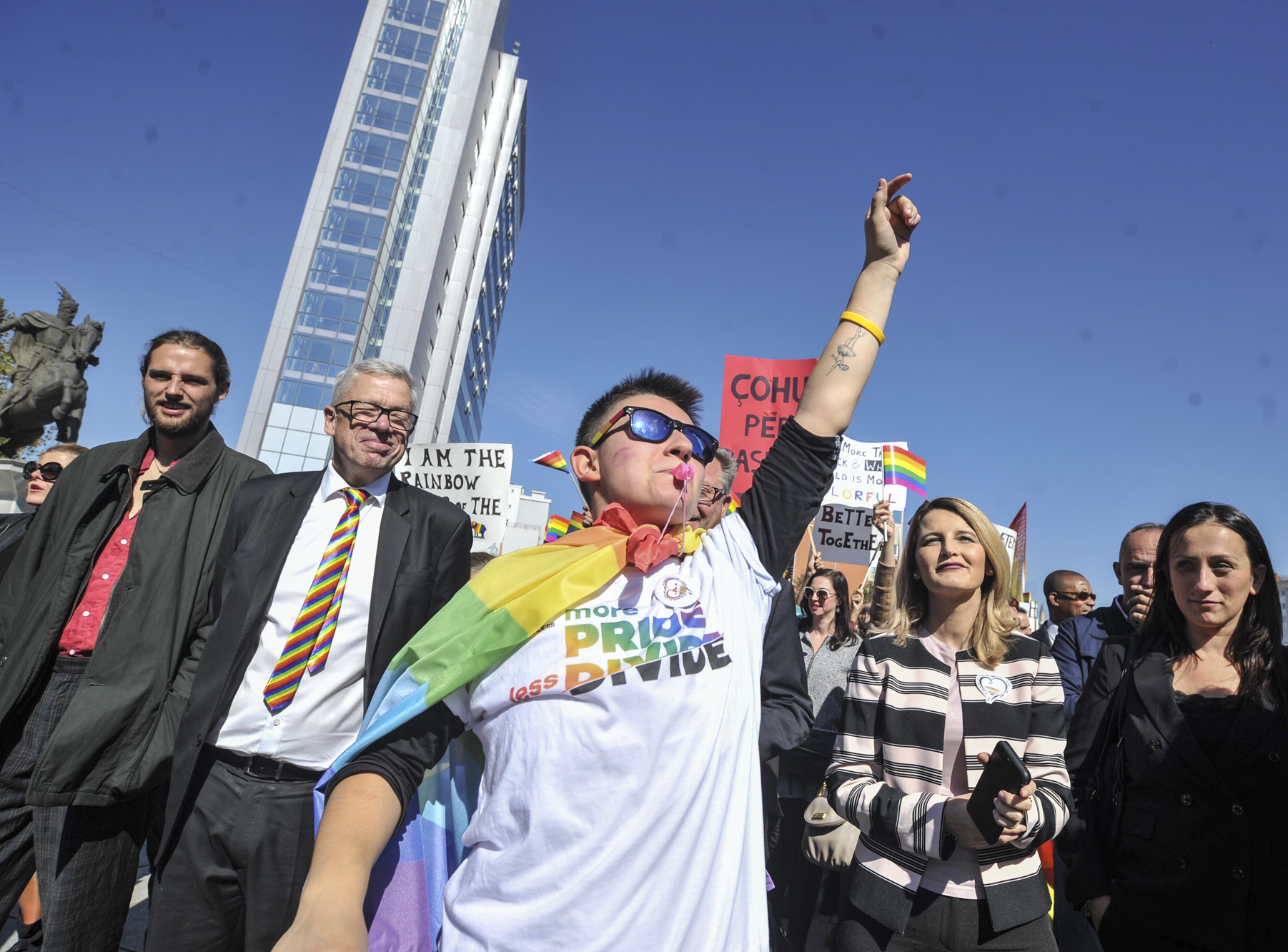 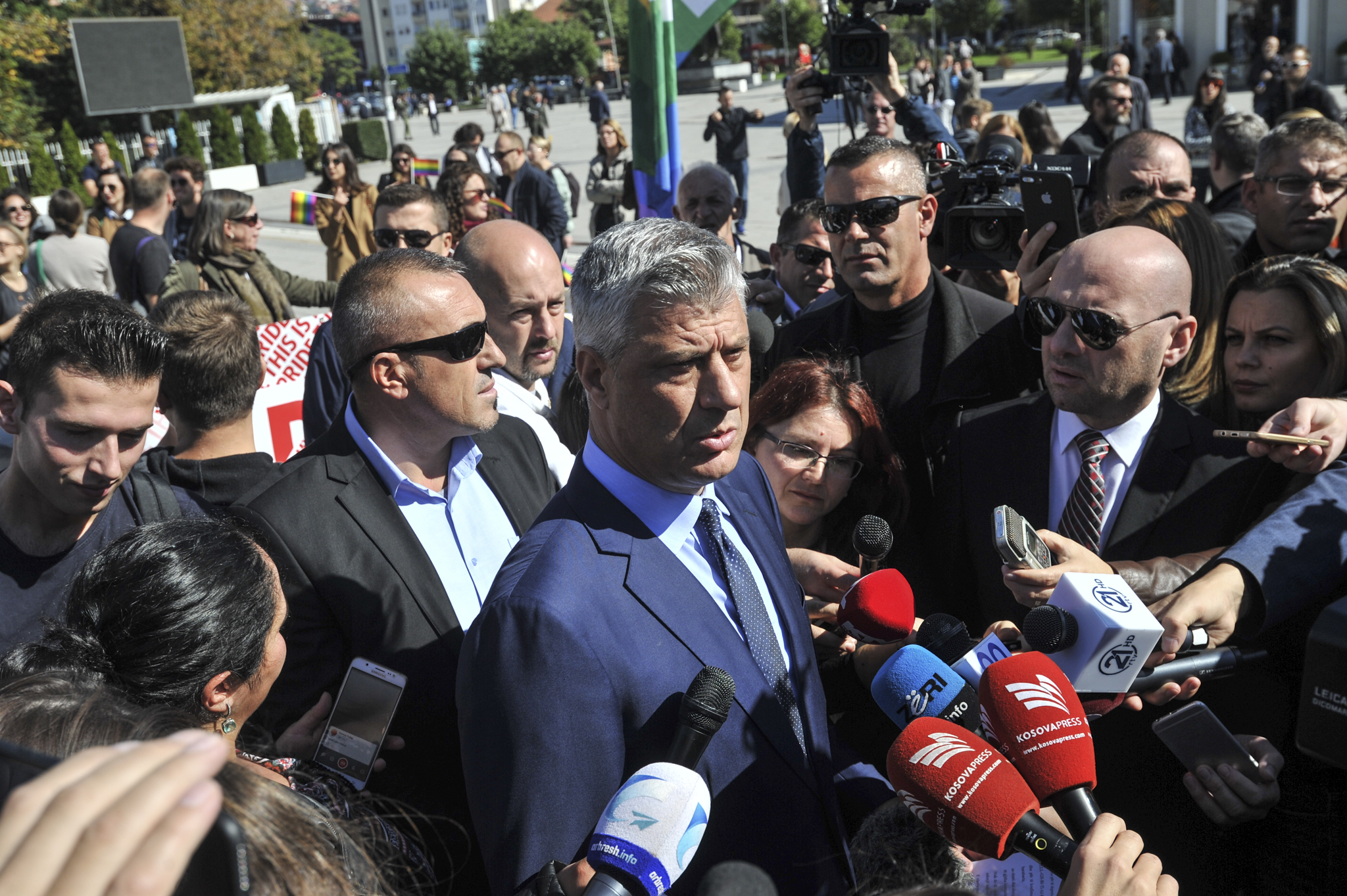 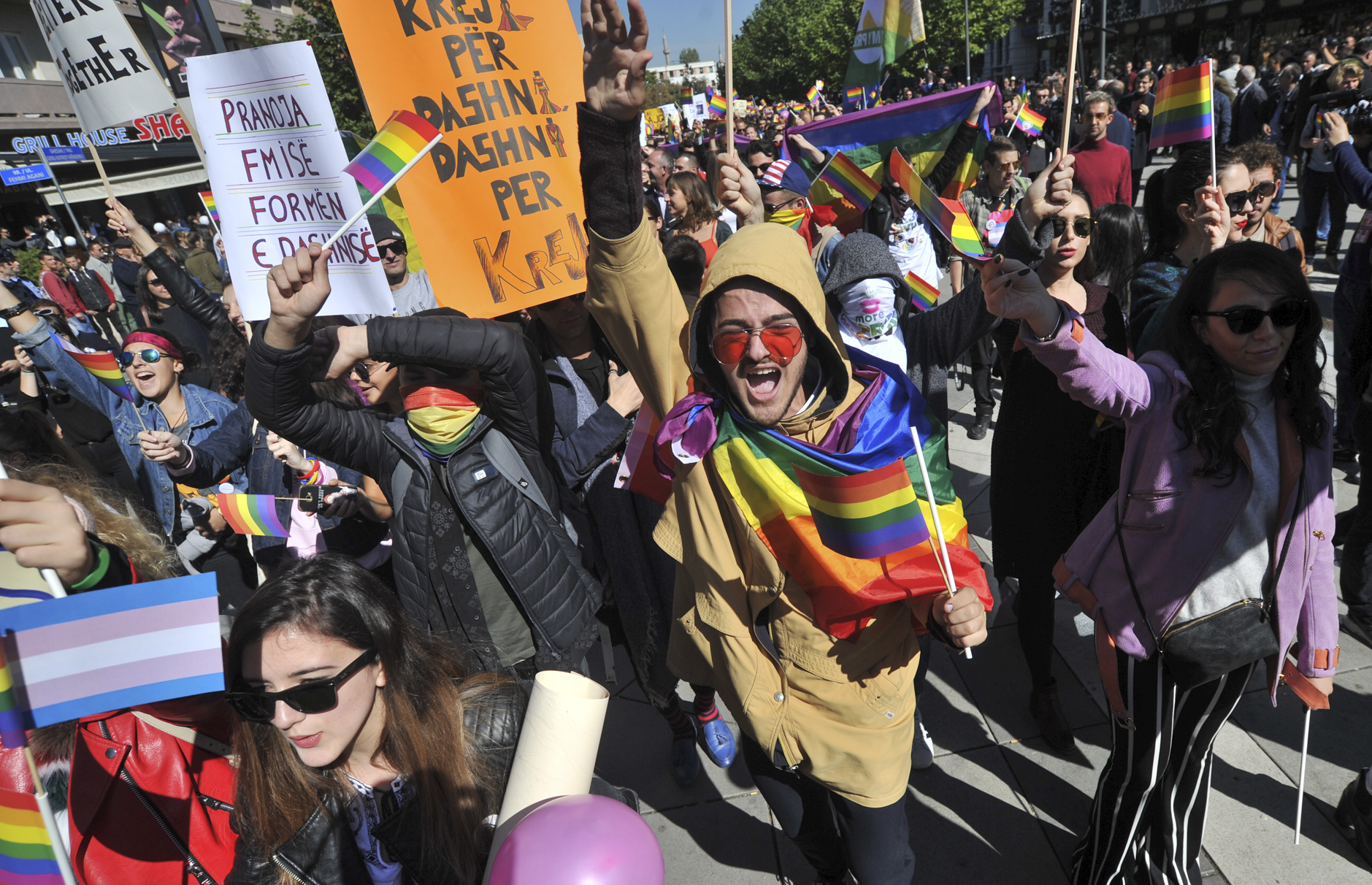 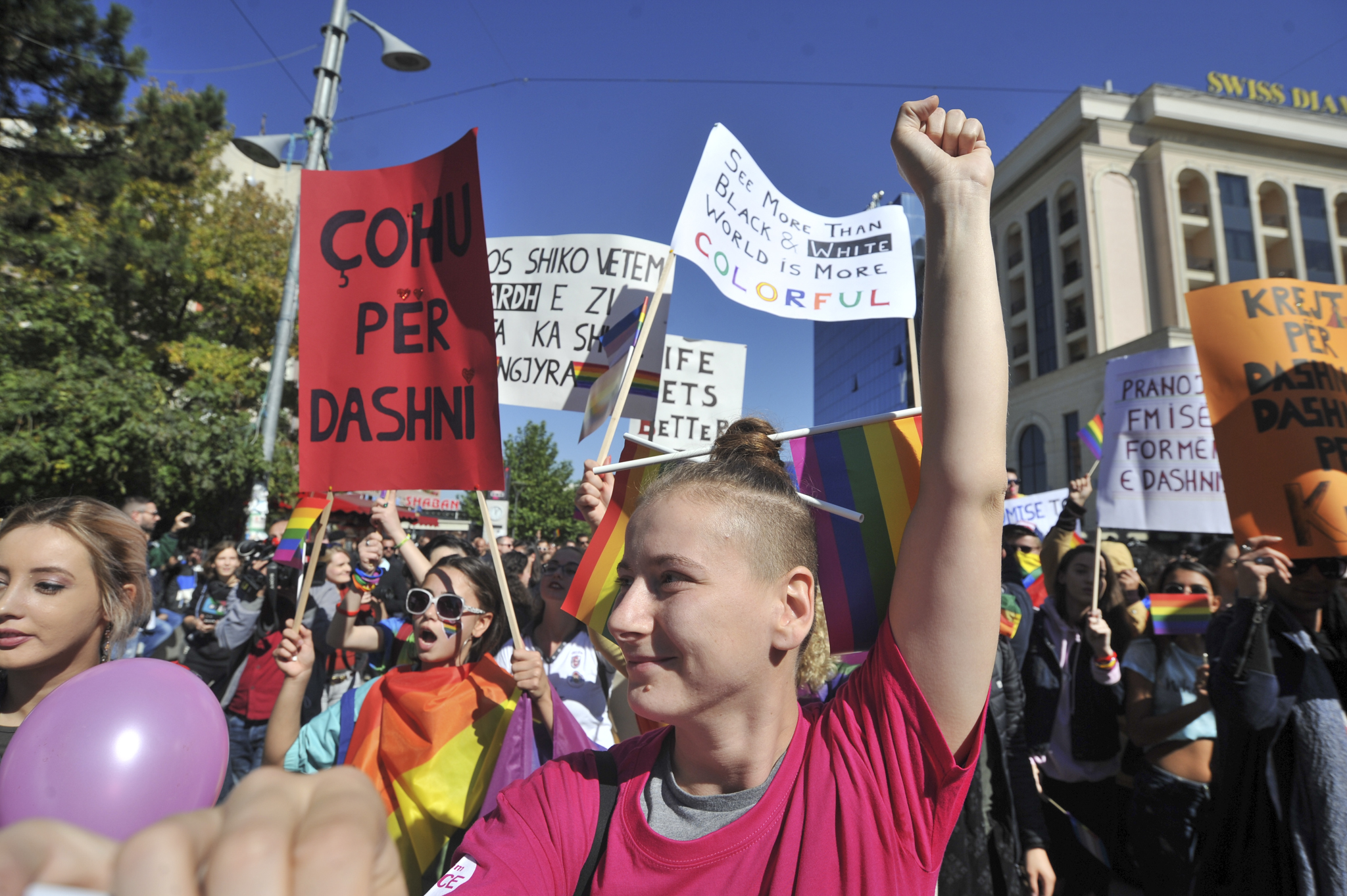 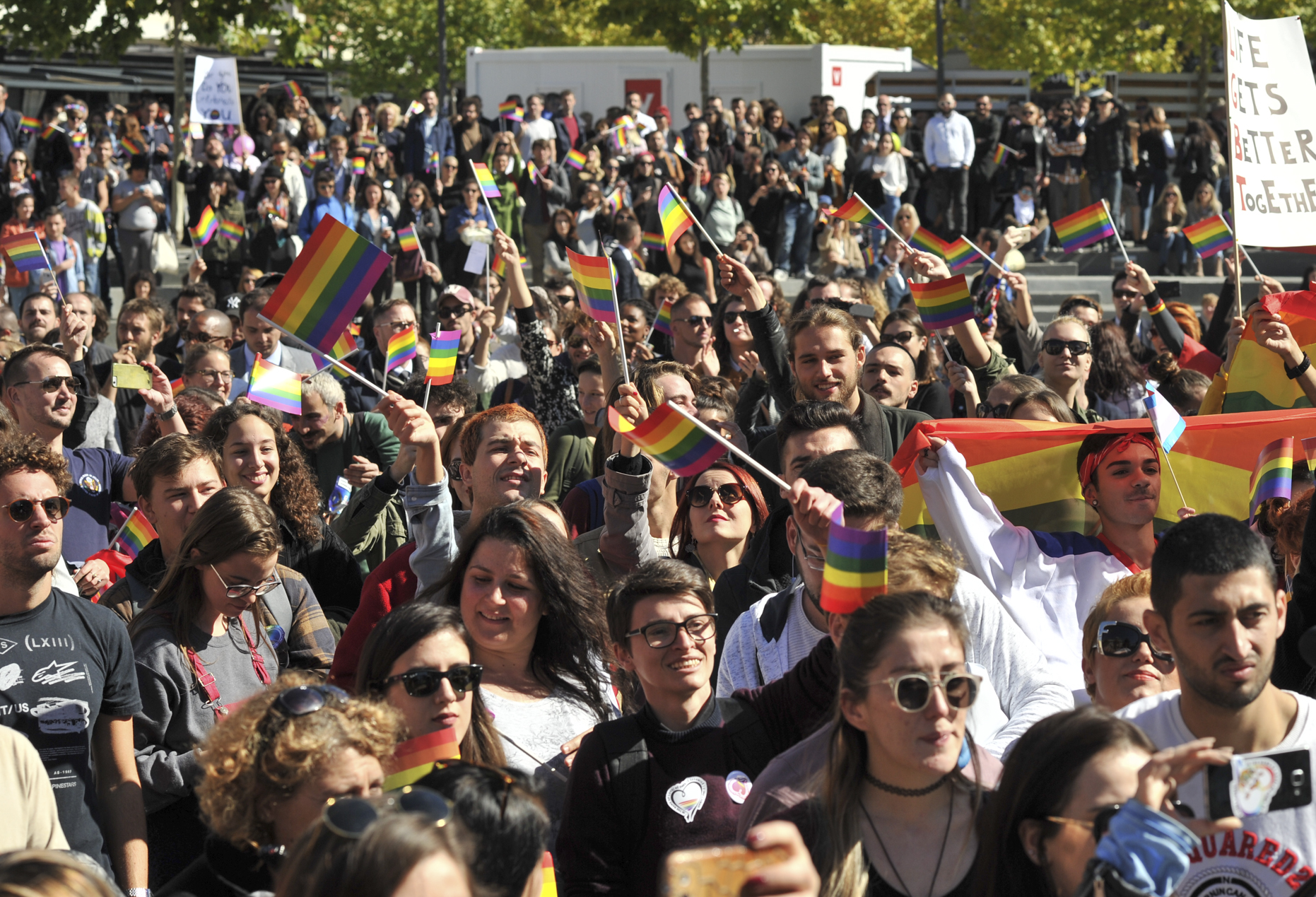 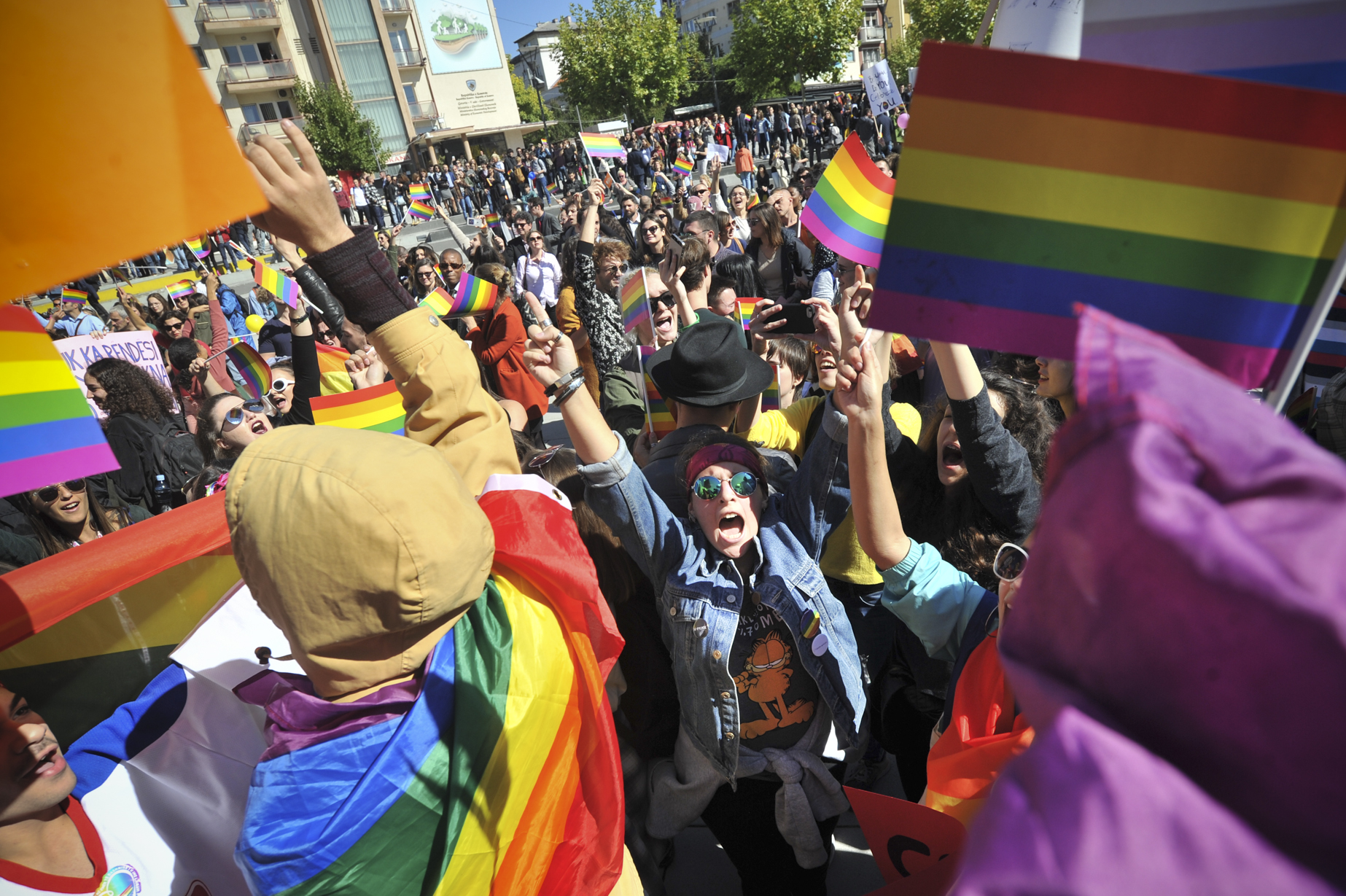