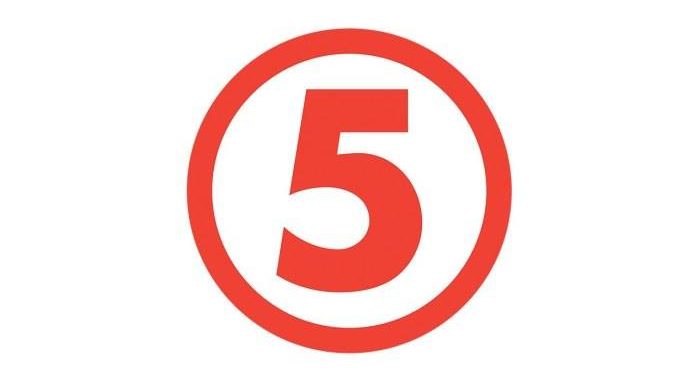 Enver Robelli identifies five hoops that the Kosovo government has to jump through before a credible and trustworthy final agreement for the Kosovo people can be reached with Serbia.

In order to ensure that we have a new political legitimacy that can represent the interests of Kosovo, the country needs first to undergo early parliamentary elections, and urgently. There is no trust left between the coalition partners currently running the Kosovo Government, so it is becoming rather difficult for them to run the country. Kosovo’s prime minister, Ramush Haradinaj, is making use of the punitive tariff imposed against Serbian goods to advance domestic populist policies, and other decisions of his have arrived carrying a strong stench of corruption. Haradinaj and his political clan may be in need of the tariff, but not Kosovo.

Kosovo Albanians have acknowledged Haradinaj’s contribution to the war, yet there is a huge difference between doing war and doing politics. This is the most chaotic government that Kosovo has ever had.

Incompetent ministers, the plethora of deputy ministers unknown even to their chief of cabinet, suspicions of misusing the country’s budget, favoritism towards businessmen close to Haradinaj’s party, scandals on the boards of public enterprises, reducing Kosovo’s diplomatic service to a private members’ club, and lack of transparency in the contracts for Kosovo-Northern Macedonia highway construction project, to name just a few of the disasters witnessed.

Haradinaj may be applauded because, with him as prime minister, the intensity of thievery by Kosovo Democratic Party, PDK, has decreased (although this is questionable as well). Regardless, Kosovo cannot just alternate its thieves. The solution is parliamentary elections.

Ever since taking power, Haradinaj has constantly reiterated (quite ironically) that he does not have enough time to deal with the Kosovo–Serbia talks, pointing out that it is the president who should deal with that issue, and he has other more important jobs to do.

Haradinaj’s anger at Hashim Thaci’s betrayal of Kosovo, and his belief that Hashim Thaci is an enemy of Kosovo and so on, is just nonsense being used for people’s entertainment on social media. He, the one that refused to deal with the dialogue, cannot complain about having no role once Thaci and others have taken control of something he would not.

Haradinaj’s propaganda that the punitive tariffs are protecting Kosovo from division is just the perfect treat for those that eat up political ignorance. Isn’t there a tiny logical contradiction when in the morning, Haradinaj says that the tariffs will not be lifted before Serbia recognizes Kosovo, then in the afternoon, he demands an international conference to reach an agreement between Prishtina and Belgrade, and then in the evening, Kosovo’s Foreign Minister sends a ridiculous letter to Aleksandar Vucic?

The third step required by Kosovo political leaders is to understand that border correction talks are no longer merely Thaci and Vucic’s ‘after midnight’ ideas. There has been a huge mobilization of the current American administration towards reaching an agreement between Kosovo and Serbia in this regard. Those who ignore this fact are simply blind to the political reality.

To initiate this process, Washington is demanding the suspension of the tariffs on Serbian goods. Punitive tariffs have been a measure to demonstrate that, sometimes, even Kosovo knows how to say “no.” The fear that the deal may be harmful for Kosovo should not be ignored, but if Kosovo sits in the corner and behaves like an angry child, this will only frustrate the dialogue even further.

The statement issued by senior US diplomat Matthew Palmer, that the main goal of the negotiations is Kosovo’s recognition by Serbia, should be read and agreed by all, especially by Ramush Haradinaj. In a forum in Greece, Palmer said “There are no red lines, but there is no carte blanche.” In other words, even though border correction is not excluded,  Vucic and Thaci will not have the freedom to start drawing out the maps themselves.

Kosovo politicians must have an answer to this dilemma. It has been obvious for more than a year that both presidents are negotiating for border adjustments. But have the Kosovo political parties done anything to move against this? No, they have done nothing more than make empty statements.

After resolving the name dispute between North Macedonia and Greece, Washington is also interested in reaching the end of the chapter on Kosovo. Prishtina is not in a position to behave like a superpower and refuse to participate in these talks, simply because Prishtina is not a superpower. Kosovo’s statehood depends on the security guarantees provided by the US and other Western countries. We can mourn for Kosovo, endlessly wondering why 20 years after the war Kosovo society has not been politically emancipated, and did not choose a more capable political class. These would just be tears shed in vain.

Nations with mature political classes have developed the sense to capture the moment, figuratively saying – to jump the train before it goes off course. There is an illusory expectation in Kosovo that we should wait at the train station for Angela Merkel to arrive with the news that Serbia has recognized Kosovo. This will not happen.

Germany has been a major supporter of Kosovo state-building, they have been the one supporter to truly ease unemployment, recruiting thousands of people from Kosovo, but no genuine or coherent policy was applied towards the Balkans by Germany. For a long time, Berlin has allowed EU bureaucrats, led by Federica Mogherini, to divert the negotiations between Kosovo and Serbia: the goal of the negotiations was to normalize relations, while now, their goal is to change the borders.

In order to avoid debate on the membership of Balkan countries in the EU, the talkshop that is the “Berlin Process” was created. When discussing Kosovo, Angela Merkel’s Germany has not yet made it clear to Vucic that there is no chance for his country’s membership in the EU without recognizing Kosovo.

A few weeks ago, under the pressure of the border correction debates, the German ambassador to the UN –  finally – demanded that Serbia recognize Kosovo. However, such a request has not been made by Germany since 2011, when Merkel was visiting Belgrade and said to the former Serbian President, Boris Tadic, that his country should move towards recognizing Kosovo’s independence.

Germany is feeling tense about the sneaky conversations Vucic and Thaci are having with the Americans on borders changes, without the prior knowledge of the Berlin’s political elite. This is to be expected, but is still somewhat absurd. If you ignore a problem, as Merkel and many other EU leaders have done, then other protagonists emerge in the Balkans: emissaries of Donald Trump, lobbyists paid by the Kosovo and Serbian presidents, Russia, Turkey. After all, what is the German counter-proposal? A Kosovo with intact borders and a community of Serb municipalities with executive powers?

Former US President Lyndon B. Johnson, in office from 1963-69, once faced a situation with a problematic individual within his party. Faced with the dilemma of keeping him in the party or kicking him out, Johnson said that it is better that they urinate outside the common space rather than directly onto it. Hashim Thaci’s behavior since the idea of border correction emerged has been to urinate directly onto the common space that is Kosovo.

Believing (not totally incorrectly) that he is the most versatile politician with the greatest international support (thus, American support), Thaci’s elephant ego and his policymaking aiming just to antagonize others has detached him from the public, and has left him trying to blackmail them. “If you oppose me, then the Americans shall come and grab you by the throat” is the message he has delivered for months now. This is not the way the politics should be done.

This is a disastrous communication strategy with the public. If he refuses to change, the consequences will be unpredictable for everyone.

Thaci’s public image is bad. The media that he supported for years have slipped out of his grasp. Those who support him are mostly schemers without any public credibility. It seems obvious that the urination strategy in the common space of the Republic of Kosovo is beginning to backfire.

Enver Robelli is a foreign affairs editor of Tages-Anzeiger, a Swiss daily newspaper.

The opinions expressed in this section are those of the authors only and do not necessarily reflect the views of BIRN.