Kosovars weary of sterile and endless political debates can now tune into a very different sort of discussion at Prishtina’s Center for Philosophy and Art – which aims to feed people’s minds.

Every few days, a small recently renovated room at the top of Sunny Hill hosts groups of people who want to evolve and grow their minds.

At a time when politics, economics and national questions dominate the public discussion, Ardian Batusha and Eranda Bokshi, two of the organizers of these groups at the Center for Philosophy and Art, are waiting to kick-start a very different debate.

Those gathering for their event will be asking “Who is Nietzsche’s Zarathustra?” referencing the commentary of famous philosophers Martin Heidegger and Bernd Magnus. 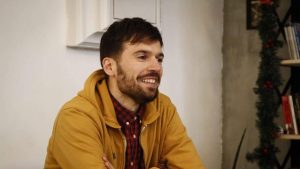 Ardian Batusha, one of the founders of the Centre. | Photo: Fikret Ahmeti, BIRN.

It was raining outside, but people still show up. “We have decided to discuss Nietzsche today; maybe he was the first individualist in Europe,” said Batusha.

“Zarathustra is inside us, but we do not know that,” Batusha added with a laugh, when asked by BIRN what the topic means.

The center opened in November last year, after a lot of work, having begun as a small online blog.

“The idea started from simple discussions. We were three friends with a passion for philosophy and literature,” said Batusha, a former student of philosophy.

“We started a blog, called the Virtual Sophist, and organized meetings to discuss books,” he recalled.

The National Library, the museum and a public park were some of the places where they met with fellow bookworms before opening their own location.

“One of our main principles is the promotion of individualism and individual thought in general,” Batusha noted. 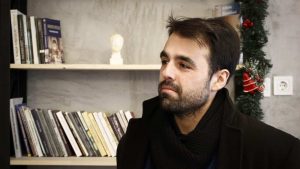 Elvin Blakaj, one of the visitors of the Centre. Photo: Fikret Ahmeti, BIRN

“All my life, I’ve had a taste for things that our society does not value as much as we should,” said Elvin Blakaj, an enthusiastic visitor to the center and a researcher of political science.

“I’ve loved books, philosophy and debating and I’ve not seen many places where such topics are discussed in so much detail,” he continued.

“This center is a sanctuary for noble discussion that allows me to be me – and that is enough motivation, don’t you think?” he said.

Traveling through the mind

Kosovo has long suffered from a feeling of isolation from Europe. This feeling became  pronounced when the former province was subject to growing oppression as part of former Yugoslavia.

Its citizens still feel trapped today, long after Serbian rule ended. Unlike other peoples in the Balkans, traveling freely to the rest of Europe is still not possible, despite a much talked-about agreement on free movement with the EU.

Twenty years after the war with Serbia ended, and 11 years after the declaration of independence in 2008, Kosovo citizens are now the only ones in the region who still need to get visas to travel to Western Europe.

The continued conflict with Serbia to the north over recognition means options are limited even for regional travel and sightseeing.

Albania, Montenegro and North Macedonia are the only neighboring countries to which Kosovars can travel without problems.

But Kosovo’s physical isolation has its positive side. It has encouraged these youngsters to create spaces where, instead of being able to visit museums, galleries and libraries around Europe, they can travel through their imaginations.

The books they have discussed mainly interweave between the literature and philosophy of the existentialist movement. 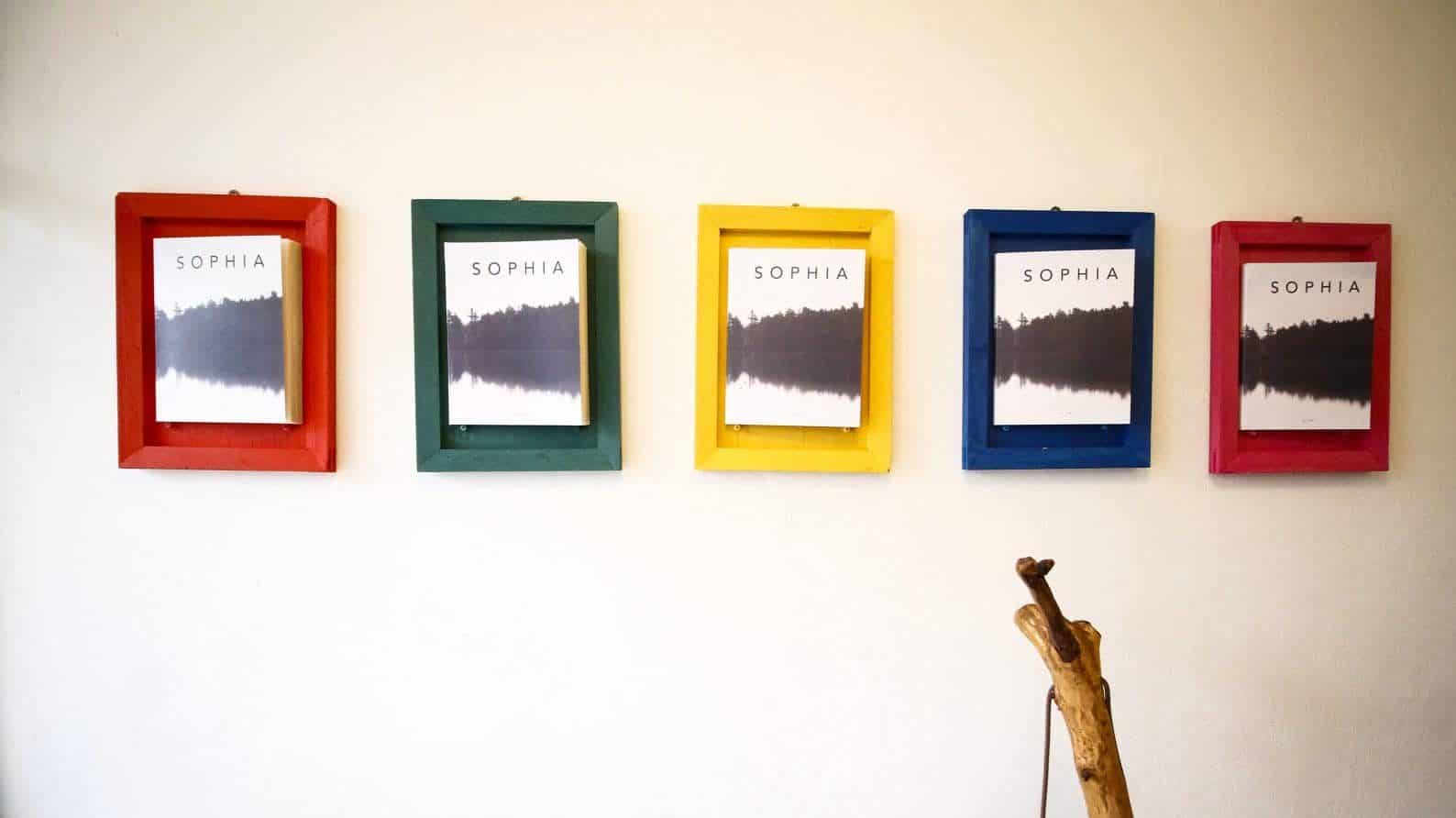 “Sophia” is a literary-philosophical magazine, which is published in the framework of “Virtual Sophist” blog. “Sophia” is the first magazine in Albanian language to treat the existentialism movement. Photo: Fikret Ahmeti, BIRN

“There is not enough space for people interested in philosophy, literature, sociology and other social sciences. There is no unified community where we can meet, discuss ideas and inspire one another,” Boksi told BIRN.

“In Kosovo, there is no tradition of intellectual communities. And this is a very important gap to be filled,” she added.

“There are plenty of centers for entertainment in Kosovo, but not one specific center that promotes thought,” Ardian agreed.

“Our audience and our target are all those who think,” he added, laughing.

Most of the people who come to the center are students. A few weeks ago, it organized a meeting on the theme of nationalism.

The large number of participants generated a heated discussion both for and against nationalism, and discussing the difference between this and patriotism. Professors and students engaged in vivid and heated debate.

“This [discussion] might not happen at the university – because students would worry about their opinions affecting their grades and final evaluations,” Batusha said.

Freedom to choose the topics is another important element of the centre.

“Unlike in universities, where the topics are set by the curricula, in our center we have the freedom to discuss whatever topic we find interesting,” Batusha said.

Some of the novels they have discussed are Crime and Punishment by Dostoevsky, The stranger by Camus and The process by Kafka, all with a link to the existentialist wave in philosophy and literature.

After the dominance of the rationalist movement in Europe during the 19th century, Nietzsche was “the thinker that attempted to go beyond this,” one of those attending the discussion believes.

“We choose books that promote the philosophy of life. Before Nietzsche and Dostoevsky, science and philosophy tried to give the meaning of life through the external world, but with them the world started from within,” said Batusha.

“What is the point of discovering a new planet when we do not know how to give meaning to our own life?”

by Enver Robelli
Next: News

Prishtina is abuzz for Jazz Week