Truck drivers entering Kosovo via a border with North Macedonia now have to pay a toll, after a court ruled that the road sits on private property.

On October 21, freight carriers passing the Hani i Elezit/ Djeneral Jankovic crossing between Kosovo and North Macedonia may no longer use the alternative road created by the Kosovo Ministry of Infrastructure and Transport in 2014.

This alternative road allowed freight carriers to pass for free and then pay custom’s fees at the customs terminal of their choice.

The road was constructed in 2014, by the Kosovo Ministry of Infrastructure on the property of a company, Terminali L.L.C, which immediately sued the ministry for removing the barriers and constructing a free-of-charge road.

The barriers returned last Thursday, on October 21, since when freight carriers have to pay a fee.

Freight carriers told BIRN they want the construction of an alternative route, alongside the customs, on state property.

“Until [last] Thursday we didn’t have to pay,” one told BIRN, adding that they paid a fee a few years ago, before the government constructed the alternative road.

“The property is privatised and they [the owners] have won a case [in court],” the freight carrier said.

“We need a solution, we should not have to pay a private [company] when, alongside this, we have to pay custom’s clearance, meaning another 40 euros. This is too much.”

Privatization of property close to border 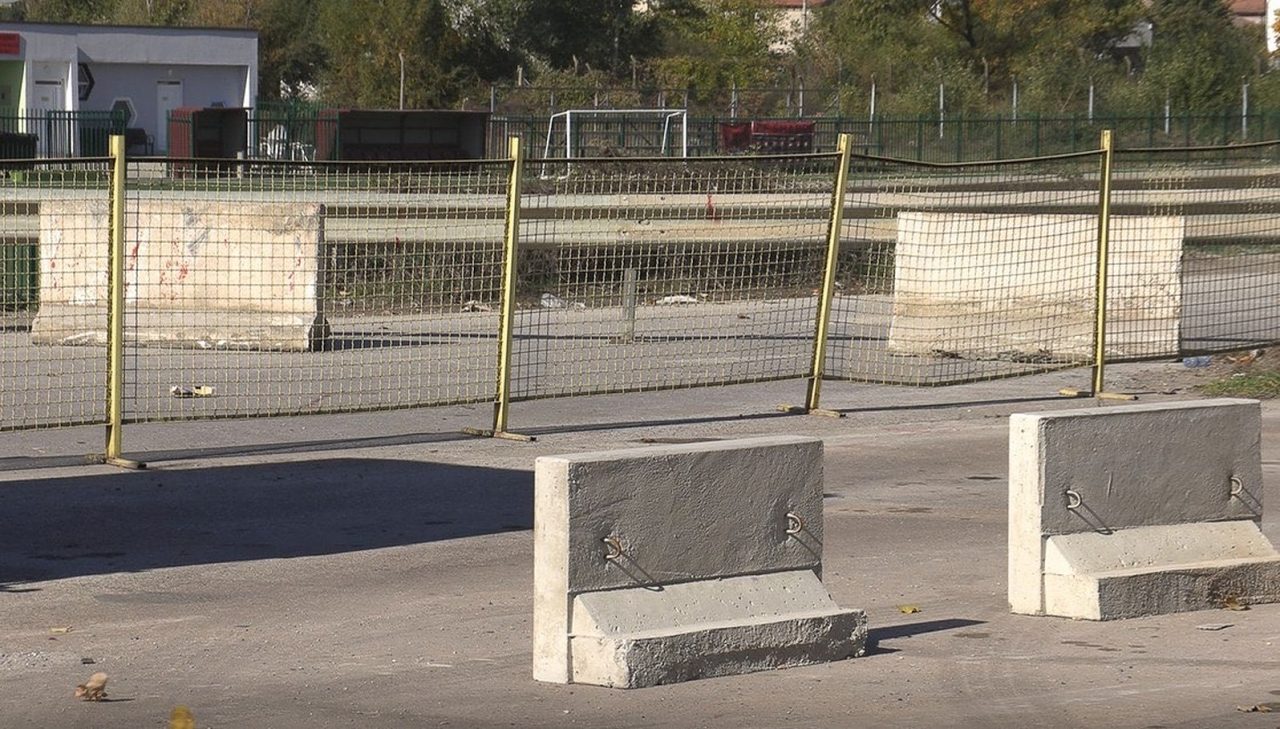 Barriers placed at the alternative route, illegally constructed by the Kosovo Ministry of Infrastructure and Transport, in the Hani i Elezit/ Djeneral Jankovic Kosovo-North Macedonia border. Photo: BIRN

In April 2010, the property, close to the Kosovo customs office in Hani i Elezit/ Djeneral Jankovic, at the crossing border point between Kosovo and North Macedonia, was privatized by the company Terminali L.L.C, where a factory was previously located.

Based on a 2104 lawsuit, seen by BIRN, Terminali L.L.C. sued the Kosovo Infrastructure Ministry for obstruction of possession of the property which it bought in one of the Kosovo Privatization Agency’s privatization waves in 2010.

According to the lawsuit, the Infrastructure Ministry had ignored the regulations by removing barriers on the property and taking possession of the surroundings, without getting the company’s permission.

The Basic Court of Ferizaj/ Urosevac ruled in October 2014 that the Ministry had violated the company’s right to its own property. It ordered the Ministry to return the property to the previous position.

In August 2020, the Kosovo Court of Appeals approved the Basic Court’s decision against the Ministry.

The Supreme Court also ruled against the Infrastructure Ministry in the case, in November 2020.

A private bailiff on October 13 this year ordered the Infrastructure Ministry to implement the courts’ decisions.

Alben Dogani, Terminali L.LC’s manager, told BIRN the Ministry had attempted to turn the property into a public one without formally expropriating it.

“After the war [in Kosovo in 1999], this was a public terminal,” Dogani said, explaining that the former factory was turned into a customs terminal.

“All trucks were obliged to pass through here because there was no other road… and they paid a transit fee, as they do today,” Dogani said.

He added that the transit fee used to be 30 euros, and users had the right to choose whether they wanted to pay the customs clearance fee in another terminal.

“The ministry turned our parcel of land into public property without legal procedures, it didn’t even expropriate it … without any reason, they sent the Special Police forces and opened the road. The trucks then continued to enter without passing through the terminal” Dogani explained. He said the company had paid 9 million euros for the property.

After the Ministry did not return the road to its previous condition within seven days, as demanded by the Supreme Court, a private bailiff and police intervened.

“The bailiff and the police returned the road [as it used to be] and now the trucks pass as they did pre 2014, through the terminal,” he said.

Dogani believes that the freight companies’ complaints are mainly related to the strict sanitary controls when they import animal and plant-based products, and not to the terminal fee, as they have to pay the same amount in other customs terminals inside Kosovo.

The law requires “plant-based imports to be checked at entry points of Kosovo, where other customs’ administrative procedures are also conducted. The shipment cannot leave the entry point without completing all the necessary sanitary evaluations”, Dogani recalled, adding that the law had not been fully implemented since 2014.

The law “has never been respected”, he claimed, explaining that trucks with plant-based imports go directly to customs terminals located within Kosovo where 30-40 shipments pass through in about an hour.

“This doesn’t allow time to conduct sanitary controls. There is also only one sanitary inspector inside these terminals,” he said. 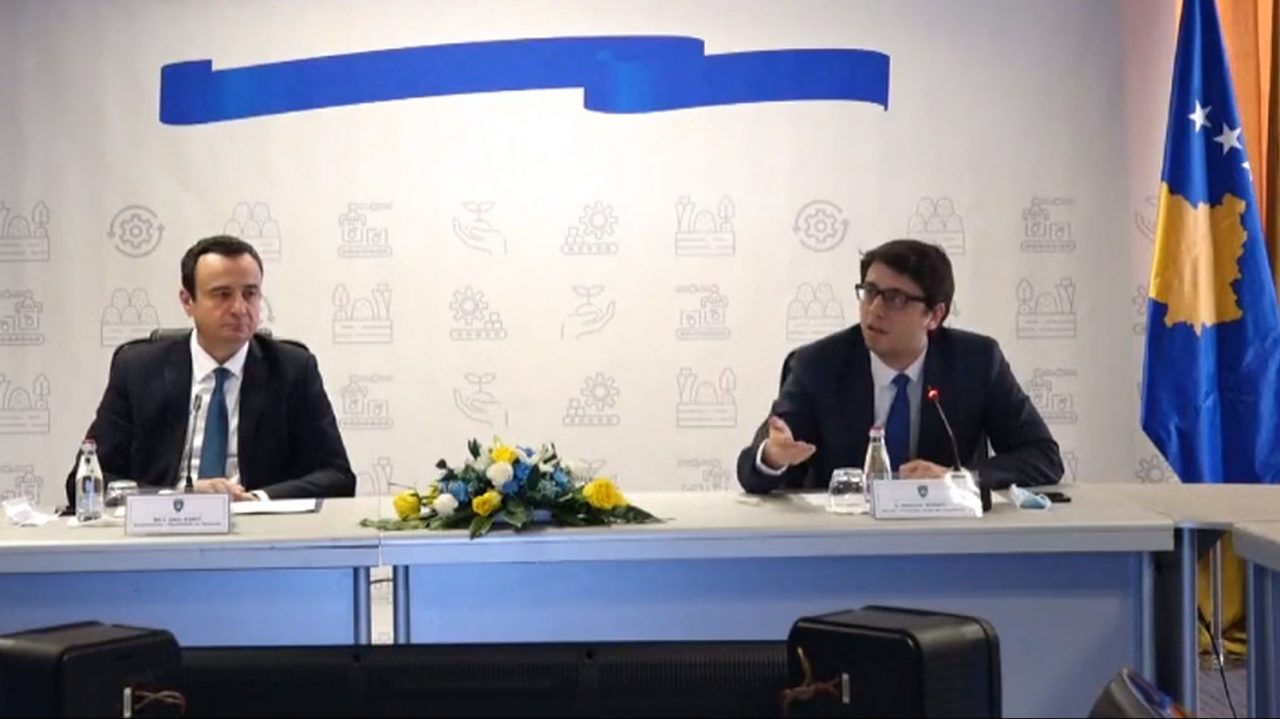 Explaining that he understood the issue, he said: “The case now is that previous governments privatized the border crossing points, meaning the customs terminals on the border. With this, they also privatized the road,” he said.

Murati said it was understandable that Terminali L.L.C. sued the state.

“We will deal with this [particular] case also and are collaborating with Minister (of Infrastructure Liburn] Aliu,” Murati said, pledging to find a solution.

“We will soon find a solution to offer an alternative way in order to address these absurd situations, which were caused by the decisions of the former governments in privatizing even border crossings,” he said.

In Kosovo, atheists have to hide their convictions

by Blerta Sejdija
Next: News