In photos: Protestors marched around the center of Prishtina on Wednesday, calling for the resignation of Aleksander Lumezi, chief prosecutor of Kosovo.

Following a protest organized last week, hundreds of citizens once again gathered at Zahir Pajaziti Square on Wednesday, demanding the resignation of Kosovo Chief Prosecutor Aleksander Lumezi, vetting of the judiciary, and a review of the current lists of the Kosovo Liberation Army, KLA, veterans.

With whistles and banners in hand, protestors marched to the chief prosecutor’s office, chanting “Lumezi, leave” and “thieves in prison,” before moving on to the government building at Skenderbeu Square.

The protests, organized by the nonpartisan #protestoj initiative, came after the public resignation of former prosecutor Elez Blakaj earlier this month during his investigation on the KLA veterans’ lists, who cited intimidation by Lumezi and political pressure as reasons for stepping down.

The next protest is scheduled to be held next Wednesday. 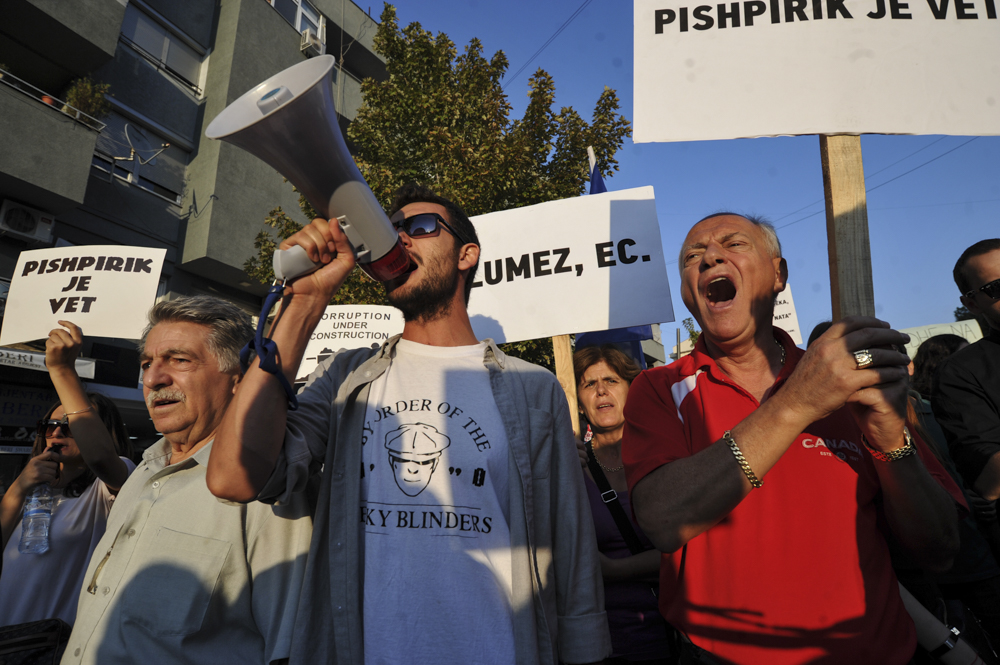 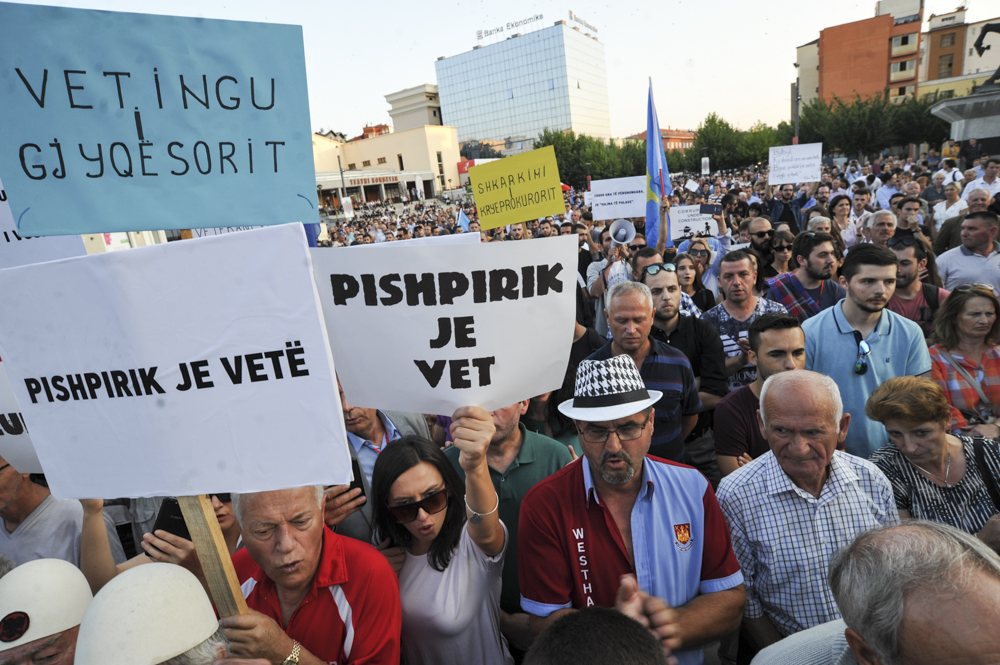 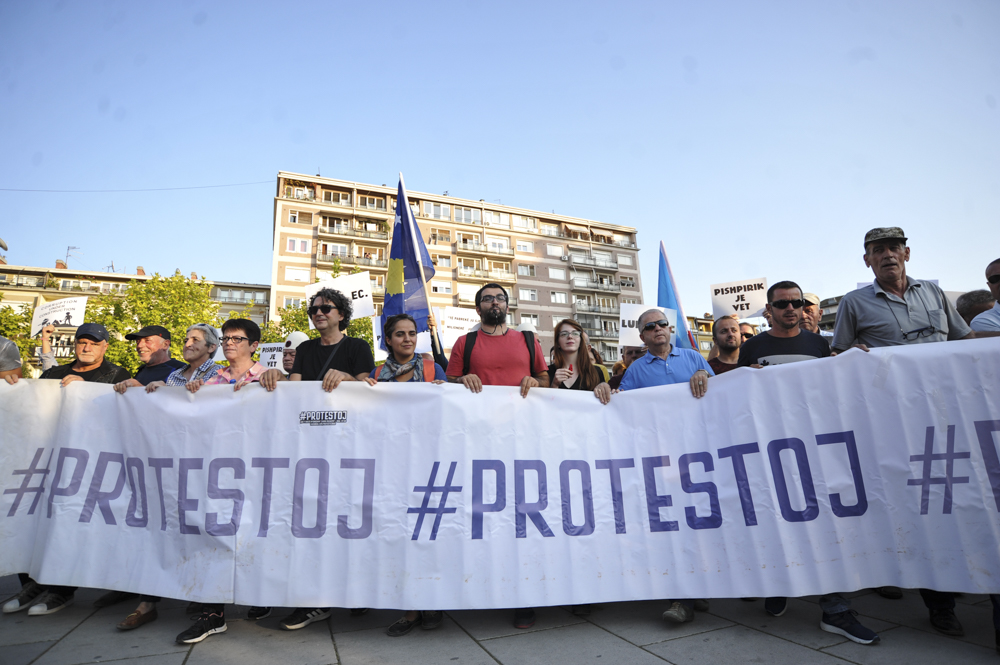 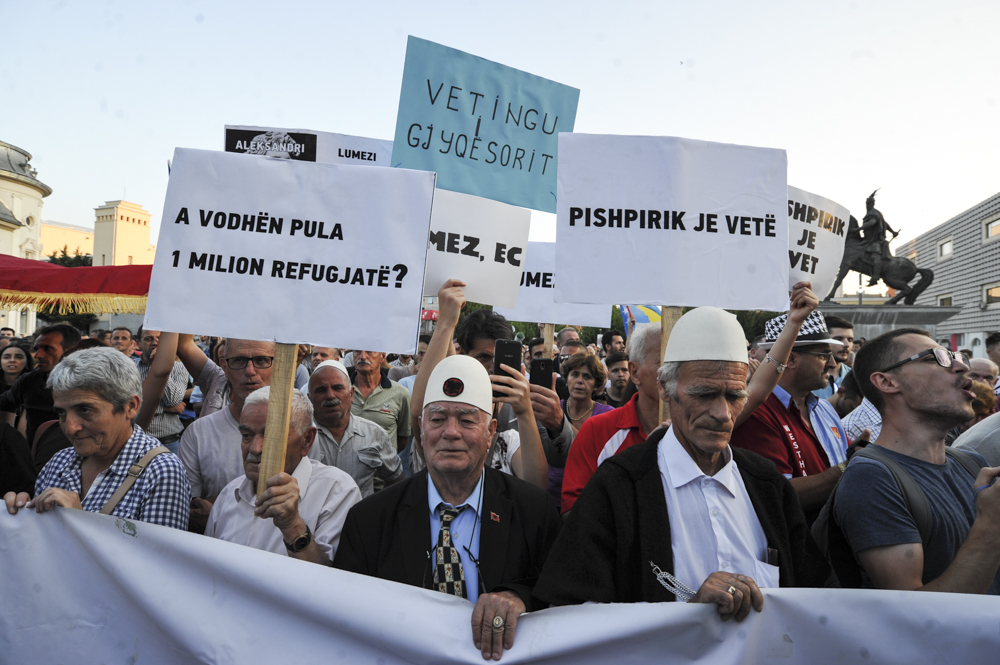 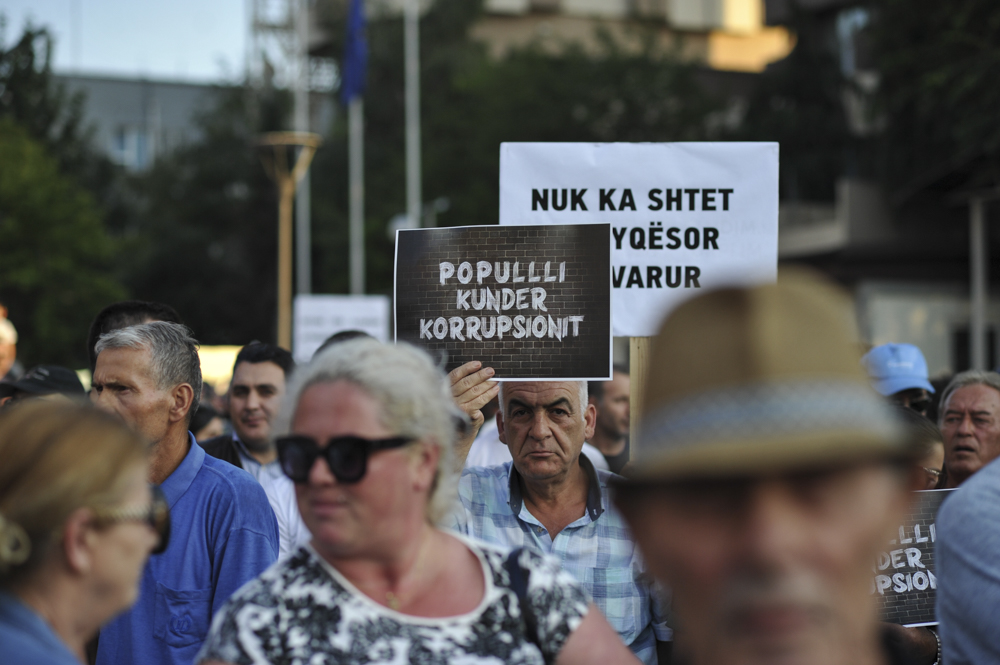 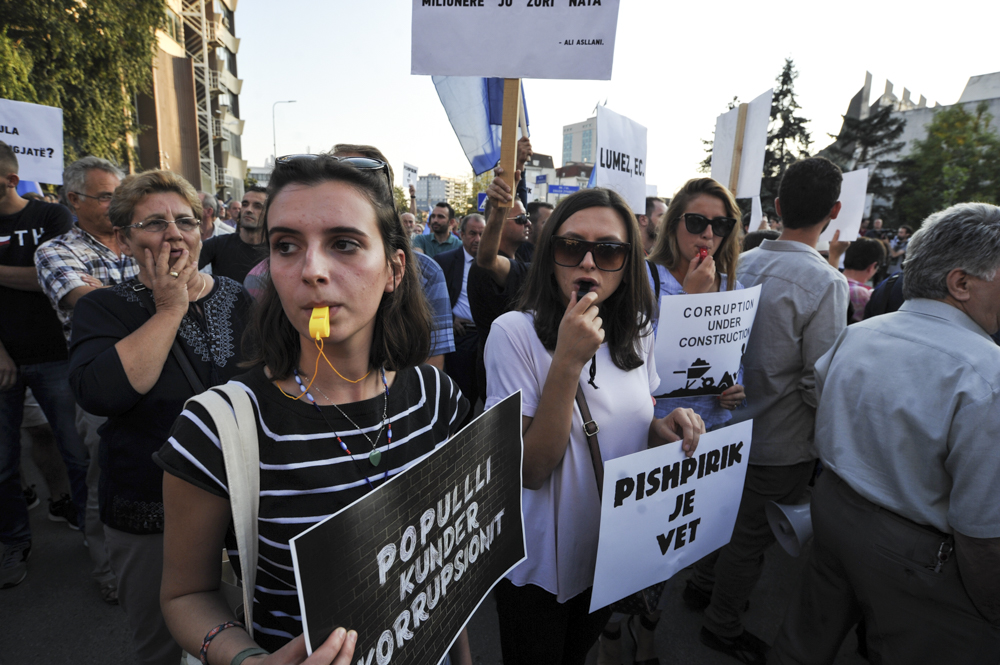 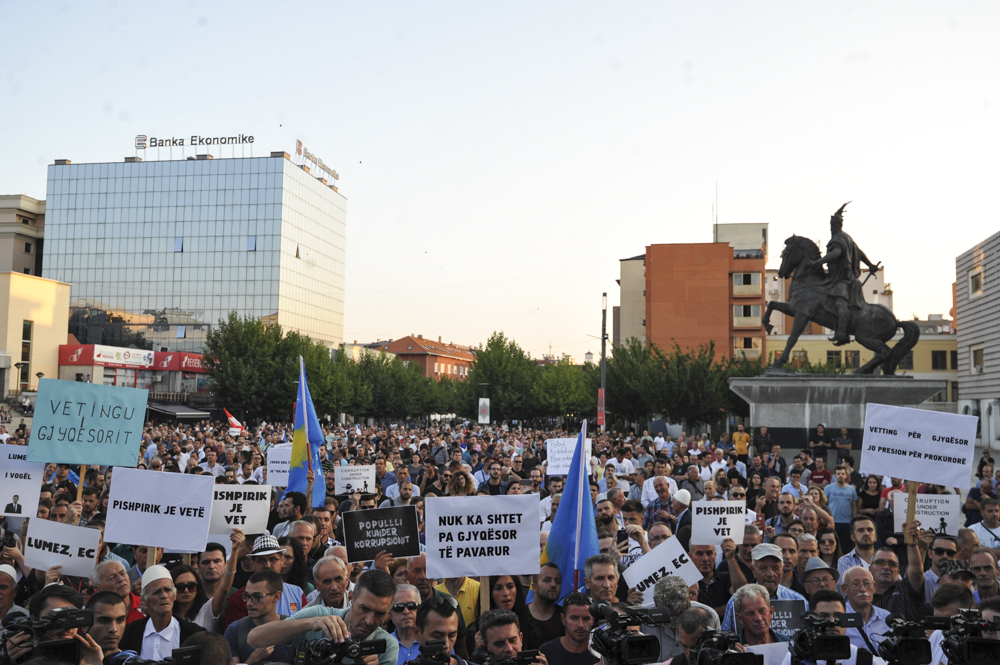 by Aidan Hehir
Next: News