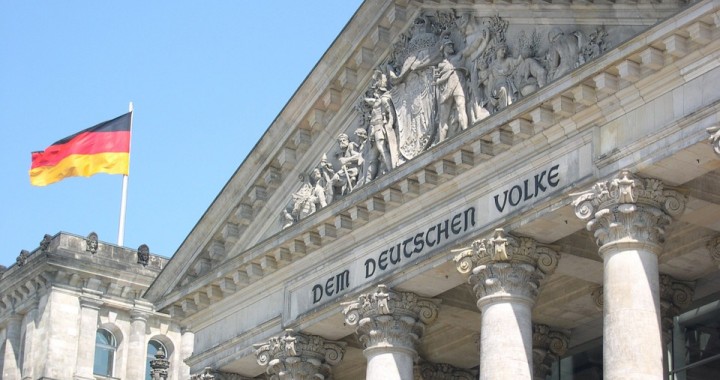 On the horrible attack committed by a 17-year-old from Afghanistan against train passengers in Germany and the new criminal methods adopted by Islamic fanatics.

The first question that comes to mind when one hears about, reads about, or sees the site of a train massacre in Germany is: why would it be Germany’s fault? Almost one year ago, when thousands of refugees from the war-torn countries like Syria and Pakistan were blockaded in the Balkan route, Angela Merkel, the German chancellor, heroically said that ‘we will succeed!’, and Germany opened its gates to about one million refugees. Thousands of German citizens flocked to the Munich train station and welcomed the most woeful people in this world. Some Germans clapped, some cheered ‘refugees welcome!’ and others donated food and toys for the children.

Last Monday evening, a 17-year-old refugee wielding an axe and a knife charged at train passengers en route to Würzburg. Imagine yourself in their shoes for a moment: you are going home and suddenly, in your traincar, you are faced with the shiny blade of an axe and a criminal bellowing ‘Allahu Akbar’ who then strikes you in the face.

This is exactly what happened in Germany last Monday. Since then, the victims are in stable condition, with the exception of one of the tourists from Hong Kong. Why would Germany be at fault? It isn’t. Like many other Western countries, Germany has became the victim of a pseudo-religious madness, a type of madness called Qur’an and Caliphate, Allah and Arabia.

The initial investigations by German authorities show that the criminal had political motives and was impelled by the propaganda of the terrorist militia called the Islamic State, ISIS, which has declared war on all ‘infidels.’ Political expert Olivier Roy said for Tages Anzeiger that ISIS is offering the perfect platform for Muslims with violent inclinations and who tilt towards nihilist mysticism.

The attacks against innocent people in Nice, France last week, the axe assault in Wurzburg, Germany last Monday, and the Paris attacks show that the enemies of freedom have declared war on freedom. The Islamist attack on the satirical French newspaper Charlie Hebdo on January 7, 2015 was a blow against freedom of speech. The November 2015 Paris attacks were a blow against people celebrating at a concert, at a stadium, and at a cafe. The attack in Nice was directed towards families. On Bastille Day, France’s national day, many families went out to witness the firework spectacle that celebrated freedom. Their celebration was soon brutally bathed in blood.

The free world, be it eastern or western, is under threat by Islamic fascism. The whole world needs to fight this fascism. It can only be fought by destroying the terrorist militia called ISIS. How could we possibly eradicate this plague? Maybe only through an alliance between peaceful Muslims and the  Western world. Numerically speaking, Muslims are the largest victims of religious fanaticism, but they still lack general mobilization in the face of this threat.

Every terrorist attack is followed by claptrap about how it has nothing to do with Islam, that Islam is a religion of peace because ‘Islam’ means peace. All of this can be true, but often times these statements seem ridiculous so long as the Muslim world does not stand up and object against crimes committed in the name of religion. In August 2014, ISIS spokesman Abu Mohammed al-Adnani (born in 1977) made an explicit call to shoot every ‘infidel.’

Unlike al-Qaida, who through spectacular attacks drew the attention of the whole world (9/11, 2004 Madrid, 2005 London), ISIS is trying to make the violence as massive as possible by appealing to every Muslim to grab a knife and stab everyone who appears to be non-muslim. ‘If you are able to kill an American or European infidel – especially the cruel and filthy Frenchmen – Australians, Canadians, or other infidels who are waging war [against us], then believe in god and kill them however you like. Split their heads in two, massacre them with knives, run them over with cars, throw them off buildings, strangle them and poison them’.

In May 2015, the leader of ISIS used an audio message to demand that Muslims undertake hijrah – a collective migration to ISIS – but if this is not possible, according to him, Muslims need to grab their weapons and fight against enemies “wherever they are.” Peter R. Neumann, professor at King’s College London, warned of this threat last year in his frightening book The New Jihadists: ISIS, Europe and the Next Wave of Terrorism. Last Thursday, this terrifying vision became reality in Nice, France and last Monday in Wurzburg, Germany. Who is next? This wave is strengthening the radical right everywhere in Europe, including Germany. This violence is endangering the Chancellor Merkel’s humane politics towards the refugees. Maybe this is the strategy of the terrorists – to push Europeans to elect radical right parties. All hell will break loose soon after. This would at least be the hope of the terror caliphs. As responsible politicians try to search for a solution to Islamic terrorism, Europeans live with fear – with the fear that their heads will be severed on their way home by Qur’an criminals.