A guide to teatime in Prishtina

When temperatures drop and pollution levels peak, escape the winter blues in Prishtina by visiting the city’s best teahouses.

Not even the managers or the waiters know how many kinds of tea are on offer at Cup ‘o Tea,  a British-style teahouse tucked away on Hajdar Dushi Street, just behind the Mother Teresa pedestrian zone. If you believe their Facebook page, they should be able to brew at least 40 flavors.

A ginger tea I ordered recently was more than worth it, despite my 10-minute wait and scoffing up 1.5 euros for a single cup–50 cents steeper than for the rest of the teas sold here. Served with slices of lemon and orange, it was a pleasant boost of vitamin C. 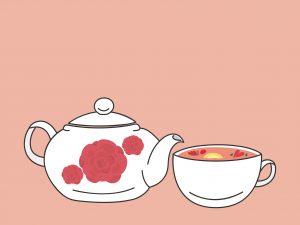 Cup o’ Tea’s presentation is quite special. Most teas are served in lovely little teapots and small white cups. The rose tea, made with whole dried flower petals, is especially beautiful, although its taste is a bit too mild. The pomegranate tea is pleasant and bright red, but with slightly overpowering floral notes. Unfortunately, there is no designated place to put the strainer after your tea is steeped.

On days when bundling up with scarves and hats just does not do the trick, one can warm up with an alcoholic beverage at Cup o’ Tea. Manager Labinot Avdiu offers three variations of tea cocktails: hot toddy (lemon tea, whiskey and honey), gunfire (black tea, rum and honey), and cup o’ fun (ginger, mint, and green tea with rum and honey).

Other teas on offer include white, hibiscus, elder flower, strawberry, green, and blackberry. The teahouse also blends teas meant for detox, appetite suppression, and relaxation. They proudly serve a menu comprised almost entirely of loose leaf teas, but they claim that the quality of their filter tea is also top-notch.

Soma, one of Prishtina’s busiest and noisiest cafes, is known for its cafe atmosphere during the day and its cocktails in the evening. It’s also a great place to have some infused teas, if you’re lucky enough to find a place to sit. 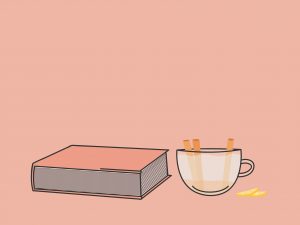 The teas at Soma are priced at 1.5 euros, and options include hibiscus, cinnamon, linden, mint, chamomile, and ginger. The cinnamon tea—literally cinnamon sticks placed in a mug of hot water—is my favorite, but do not forget to remove the sticks within five minutes, or else you’ll get a strong, overbearing taste of the aromatic cinnamon.

All teas are served with a slice of lemon, but you have to ask for honey, which comes in a plastic packet.

Trosha, a teahouse and bakery with a modern twist, brought traditional tea to a younger, hipper audience in Prishtina. The cafe chain’s name means ‘crumbs’ in Albanian, signifying the tiny and tasty cookies and other pastries that customers can eat with their tea.

Different from traditional Turkish tea places across Kosovo, which use stove-top teapots, at Trosha the tea is brewed in big electric pots (you can also have this style of Turkish tea at Cup o’ Tea).

Traditional Turkish tea is made in a stacked teapot, with a larger kettle on the bottom and a smaller one on top. The smaller kettle contains the black tea leaves, while the bottom kettle is filled with water to be boiled over the stove.

Turkish tea is usually served with a small slice of lemon on the side (not with milk).

If you want to take a look at traditional teahouses, called çajtores, you can find some near the bazaar in the old part of Prishtina. Places like Te Sabiti are full of elderly men having tea and cigarettes, while in the background you can hear the radio playing traditional music or a TV airing news from Assembly sessions.

Tartine, which expanded in size and menu last year, is an attractive, minimalist cafe.

With its warmth and decorative emphasis on wood and plants, it is one of the most relaxing places to have tea in the city; last time I visited, Norah Jones was softly playing in the background. It is also one of the very few cafes in the city staffed by women.

Last time I visited, the waitress could not recall all the teas on offer, so I walked up to the pastry counter to take a look at the jars of loose leaf teas. I chose one that I am quite familiar with along with something new. 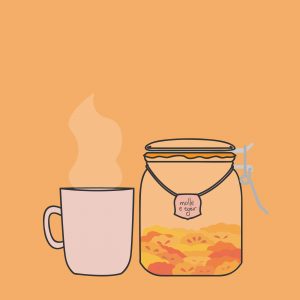 I tasted the cornelian cherry tree tea for the first time, which is called thana in Albanian, and is served elegantly in a porcelain kettle atop a cork tray. All teas come with a slice of lemon, ginger, and a cinnamon stick, and the tables have jars of cane sugar—a rarity in Kosovo cafes. The tea tasted raw and cleansing.

I also had sage tea, called sherbele in Albanian. It was different from any other sherbele I’ve tried — inside the teapot you can see a whole bundle of fresh sage leaves, whereas usually this tea is served with shredded, dried sage leaves.

Soltes: The EC strategy is ‘positive’ for Kosovo