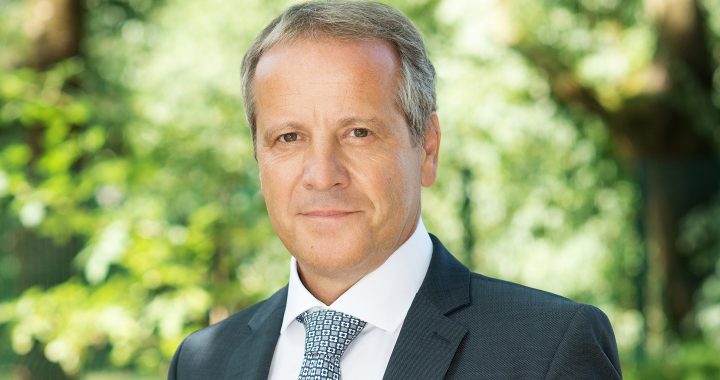 Soltes: The EC strategy is ‘positive’ for Kosovo

The Greens–European Free Alliance member and Slovenian MEP discussed the Commission’s new communication strategy adopted two weeks ago and Kosovo’s prospects for its European integration path as the country prepared to mark its 10th anniversary of independence, with celebrations held all weekend.

“We have to look at the larger picture,” said Soltes in a phone conversation with Prishtina Insight. “The strategy paper is very positive, and [on February 13] I attended the plenary debate… the atmosphere was very positive.”

The new EC strategy presents some Western Balkans countries with a potential ‘2025 perspective’ for accession, but lists multiple necessary reforms that need to be tackled before any of the Western Balkans six can join the EU family.

“Now the door, or the window, as you like, is opened,” continued Soltes, adding that this is an impressive and positive development compared to EC President Jean-Claude Juncker’s speech from 2014, when he bluntly stated that there would be no enlargement. “We are really seeing a very clear European perspective for the countries.”

Nevertheless, Soltes admitted that the paper did affirm that there were differences between the Balkan countries. Serbia and Montenegro, for example, are already in accession negotiations, and according to the strategy, Albania and Macedonia could soon enter them as well.

“You have differences between countries, you cannot deny this, it is a fact,” said Soltes. “But, for each country you could find advantages and disadvantages, reforms that needs to be settled down.”

The new rapporteur for Kosovo, who took on the job last October, replacing Austrian MEP Ulrike Lunacek, said that no country has a fixed timeline for accession.

“It depends on each country how active will it be in the future,” Soltes remarked.

The enlargement strategy lists necessary reforms in rule of law, the fight against corruption and organized crime, as well as conditioning accession upon the settling of all bilateral disputes as necessary prerequisites for the Western Balkans countries to move forward.

For Kosovo, which will continue to implement the Stabilisation and Association Agreement, the strategy said that these reforms, as well as “objective circumstances,” are necessary to progress further on the European path.

Some analysts and politicians in Kosovo did not receive the strategy well, arguing that it was unfair towards the country. Soltes said that some dissatisfaction is to be expected, and that the reforms required for Kosovo’s EU accession “depend on [Kosovo’s] politicians.”

“It is also a positive message for Kosovo. We just have to put together a few things and fulfill some obligations from both sides, and the train will go ahead,” said Soltes before adding that “a realistic road map” needs to be created to assess what is achievable and when Kosovo could get the status of candidate country.

Kosovo is the only country west of Ukraine that does not have a visa-free regime with Schengen Zone countries. Soltes said that if the Kosovo Assembly passes the demarcation deal with Montenegro, the country would  be on its way to visa liberalization.

“You could have it tomorrow, it depends if you get 2/3 majority in the parliament,” he said.  “Everything now regarding visa liberalization is in the hands of Kosovo’s politicians.”

The demarcation deal with Montenegro is expected to go to a vote this Thursday. Prime Minister Ramush Haradinaj has opposed the deal in the past, claiming Kosovo loses 8,000 hectares of land, but on Friday, he welcomed an “annex-agreement” signed by the presidents of Kosovo and Montenegro. The annex agreement suggests that “corrections” to borders could be done after the agreement is ratified.

“Mr. Juncker clearly said there will be no enlargement without solving bilateral relations between countries, which includes the border demarcation. Maybe because they learned a lot from the problems between Slovenia and Croatia,” said Soltes, laughing. The Croatia-Slovenia border dispute regarding maritime waters in the Istrian Peninsula dates back to the breakup of Yugoslavia and continues to this day.  Croatia does not recognize a decision by the Permanent Arbitration Court in the Hague in favor of Slovenia, made last June.

Soltes urged both countries to continue the Brussels-facilitated dialogue, which stagnated last year and was put on hold again after the murder of Kosovo Serb politician Oliver Ivanovic.

“[Reconciliation] is a question that is important for both countries. Both sides must continue with the dialogue,” Soltes said.

Without commenting on whether the ‘binding agreement’ would require Serbia to recognize Kosovo’s statehood, Soltes said that the agreement will depended on Prishtina and Belgrade.

“We have several times called for both sides to find good will to solve the issues, to come closer in several topics. It really depends on how both sides approach this problem, I know it’s not easy,” he concluded.