With summer in full swing, Kosovo is hosting a variety of music and film festivals, including tech discussions and workshops. Here’s our pick.

There is nothing glorious about the dusty, sun-scorched streets of Kosovo towns in the summertime. Especially not in Prishtina, where the asphalt exudes heat and causes pedestrians to spend hours at the gazillion cafes cooling off, contemplating the hazards of strolling. Nevertheless, summertime is far from boring for music and film lovers. In addition to parties, concerts, movie screenings, and events organized in public spaces, Kosovo will host a variety of festivals this summer that will surely provide some great weekend getaways, if nothing else. 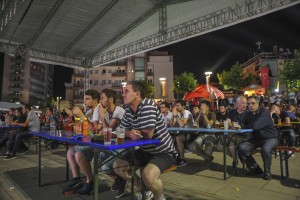 The Euro Cup has already started, but this probably isn’t news. One cannot miss the events surrounding this year’s championship (mostly because fans won’t let you). Albania’s first time participating in the games has given Kosovars a cause for celebration. Grab a beer and join the rest of the crowd at Zahir Pajaziti or Skanderbeg square, where games are being shown daily on massive high definition screens. There is nothing like seeing 5,000 fans cheer when an Albanian player scores a goal! Now that Albania has been eliminated from the games, many fans have switched alliances to Switzerland or Germany since these teams include Albanian players. 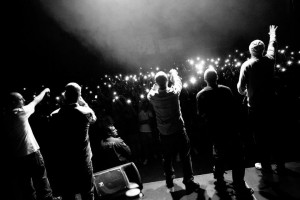 The independent music festival NGOMFest is relocating its main stage to the Prizren fortress, promising a unique experience of both sound and sight. The old fortress offers an amazing view of the city to all festival-goers who will be able to dance into the night. In addition to the fantastic location, the festival is known for promoting young and up-and-coming bands, so it’s a great chance to discover regional talents. The lineup is not finalized, but we know that the first night will be dedicated to hip hop and Kosovo’s well-established MCs, with NR (a stand in for UrbaN Roots) set to headline the festival.The second night will bring several bands to the main stage including Jericho, Pre Menstrual Syndrome (an amazing all-girls band from Albania), Gillespie, a Prishtina indie band, and many others. On the third and fourth night, Dynamic Showcase brings three of its DJs to perform in the main stage at NgomFest. Another special thing about NGOMFest is the sunrise stage, where various local DJs will be playing music after the main stage performances finish.

MAD SOUND Festival returns with a lineup that promises to be what the organizers describe as “totally robotic.” Electronic music aficionados should put on their dancing shoes and head to Prishtina’s biggest park, Germia, to listen to a promising lineup consisting of Alex Bau, Saso Recyd, Toton, Jehone, Uran B, and many other DJs. 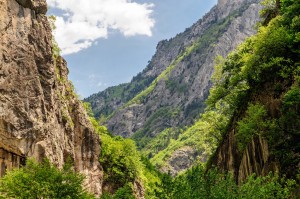 Rugova Camping Festival, a newbie on this list, will be organized for the first time this summer. This festival will be a unique chance to climb up into the Kosovo mountains for camping in guest houses or tents. Musical acts will include hip hop on the first night, rock and reggae on the second, and electro on the third. Prices vary from 5 euros for one night (music only), 15 euros for three nights of tent camping, and 20 euros for three nights in a guest house. For more information check out their Facebook event. 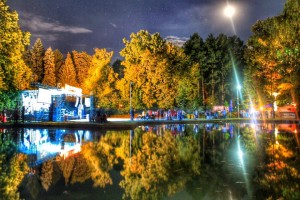 Climb down from Rugova and head straight Into the Park, a music festival organized in a western Kosovo town nestled at the foot of Peja’s Accursed Mountains. The festival is spicing it up this year with a change of venue – instead of the traditional Karagaq park, this year the music event will be held just outside the city, closer to the mountains. Locals know the location as  “at the third” (referring to it being three kilometers from the city), but to escape confusion ask around for “Sharra.”  In the summer heat, Sharra serves as an improvised beach with the cold river providing a fresh breeze or even a spot for a quick dip into the water for those who dare. Into the Park’s music lineup usually starts with live bands early in the night followed by late-night local and international DJs. This year’s artists have not yet been announced, but their social media will provide updates soon. 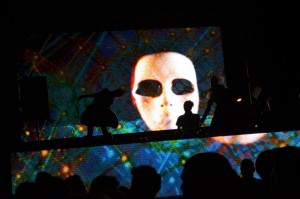 Formerly known as “Festivali Yt” (Your Festival) and now re-branded to Prishtina Plus Festival, or P+, this three-day event in Germia will bring a mix of music, art, and technology. Organizers have planned multiple daily events including art installations, workshops and conferences, sport competitions, and graffiti workshops. Nighttime acts will include the famous German rapper Bushido, Turkish rapper CEZA, Netherlands artist Jorish Voorn, French musician Djebali, Alican from Turkey, and several other local and regional artists.

Beerfest has made it to its sixth birthday (not quite yet legal as it were) which goes to show that this buoyant drinking festivity is probably here to stay. Prishtina’s Zahir Pajaziti square will showcase international and local beers to be bought at very low prices. No wonder that Beerfest brings a visibly collective joy in the streets of Prishtina. Still, the festival is not all about beer – usually live bands and DJs will play throughout the day and into the night. Stay tuned on the lineup by following their event. 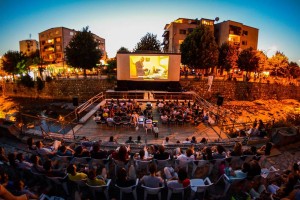 The International Documentary and Short Film Festival DokuFest is the largest film festival in Kosovo and one of the largest documentary festivals in the region. Each year the festival fills the cinemas and improvised screening venues of the historic center of Prizren to showcase more than 200 documentaries from around the world. Film lovers can also attend debates, DokuTech, and live music performances. This year will be extra special because it will be DokuFest’s 15th edition. Hop on the bus or car, grab a cup of traditional tea at one of the many cajtores, and enjoy the amazing atmosphere that washes over  Prizren during DokuFest. Have you ever watched a movie on a makeshift cinema overlooking a river? Perhaps it is time. 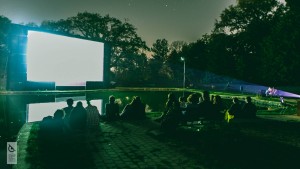 As soon as you take a breather from DokuFest, head west to Peja to enjoy animated films at the Anibar Festival. Anibar International Animation Festival is the only festival in Kosovo and the region that focuses solely on animated films. It is a great place to find out what the creatives of the youngest population in Europe are making these days. Anibar events are peppered around Peja and include animated movies screenings, debates, after-parties, and workshops. Stay updated by following their Facebook event page. 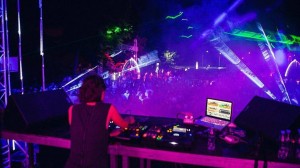 Having started last year with the first edition, the SUMMIT Fest held in Germia, brings electronic music again this August for two nights. 12 DJs will perform in front of thousands (if they keep up with last year’s turnout), with special effects and 3D laser shows. Stay tuned for announcements on the lineup.

Kosovo's three northern municipalities implement only half of planned projects

by Sanja Sovrlic
Next: Opinion