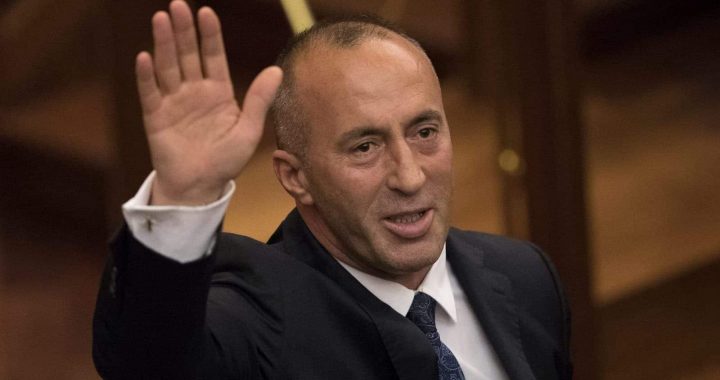 Kosovo Prime Minister Ramush Haradinaj announced his resignation after he was invited for questioning by the Specialist Prosecutor’s Office in The Hague, which is probing wartime and post-war crimes in Kosovo.

Prime Minister Ramush Haradinaj told a press conference in Prishtina on Friday that he is resigning because he has been summoned to give an interview at the Kosovo Specialist Chambers, which is investigating crimes committed during and just after the Kosovo war, from 1998 to 2000.

“It is not an easy decision. This is the reality,” said Haradinaj, who was a Kosovo Liberation Army commander during the 1998-99 war with Serbian forces.

Haradinaj said he could not be Kosovo’s prime minister and a suspect at the same time.

“The government of Kosovo will continue to finish its duties without a vacuum. I will officially inform all relevant institutions and will remain loyal to my homeland. It was an honor to serve my state,” he added.

Although he said that the Kosovo government will continue functioning, Haradinaj warned that new parliamentary elections will be coming soon.

“Kosovo needs to be ready for elections. Others need to understand that we are a sovereign state. The responsibility now passes to the president to start consultations for the date of the elections,” he said.

The Hague-based Kosovo Specialist Chambers are expected to try former Kosovo Liberation Army fighters indicted by the Specialist Prosecutor’s Office for crimes including killings, abductions, illegal detentions and sexual violence. No indictments have been made public yet, however.

The Specialist Chambers and the Specialist Prosecutor’s Office are part of Kosovo’s legal system but are based in the Netherlands and staffed by internationals.

A similar scenario happened in March 2005, when Haradinaj, who was then prime minister in a previous administration, resigned after he was indicted by the International Criminal Tribunal for the Former Yugoslavia.

Haradinaj was acquitted of wartime crimes in 2008 due to a lack of proof.

He was then acquitted for a second time by the UN tribunal in November 2012.