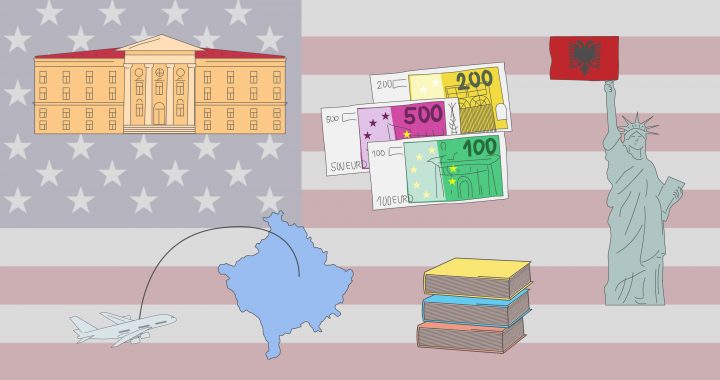 It’s time for the Albanian diaspora to take on leadership roles by championing robust Albanian studies, instead of passively reacting to events in their homeland.

Members of the Albanian diaspora have played a remarkable role in their countries of origin, especially during times of crisis. Across Western Europe and North America, Albanians have effectively organized and advocated for national and human rights when people in their home countries faced existential threats.

We witnessed this during the fall of the Albanian Communist regime in the early 1990s, the ethnic cleansing in Kosovo in the late 1990s, and to this day defending the collective rights of Albanians in Macedonia and other neighboring countries where ethnic Albanians reside.

The diaspora also contributed by sending remittances during the early post-conflict period and still continues to contribute immensely. As a result, stronger political, social and economic ties have been established. Times have changed. The diaspora should strengthen this same aptitude to support today’s needs, by organizing systematically in seeking sustainable development of their home countries.

It is important to understand how we define the Albanian diaspora in order to offer meaningful recommendations for its contributions. The Albanian diaspora comprises Albanians from Albania, Kosovo, Macedonia, Montenegro, and the Presevo Valley. Their contributions to their home countries have occurred collectively as one homogenous group abroad. For instance where I reside, in New York, all political or social events comprise Albanians inclusively – not merely Kosovars or Albanians or Macedonian Albanians.

This natural cohesion among the Albanian people abroad is a manifestation of identity politics. It is not an outdated idea. For marginalized people like Albanians, who have suffered persecution and ethnic cleansing, identity politics give coherence and continuity.

To shape events in our home countries, we should consider the potential assets of the Albanian diaspora. Outside our homeland, there are not many centers devoted to research and scholarship for Albanian studies, contributing to the lack of an all-inclusive definition of an Albanian diaspora. Moreover, all diasporas are different – depending on their geographical origin, commonalities, and their struggles. Thus, it is challenging to come up with one definition.  However, one way of identifying a diaspora is based on their social cohesion, shared characteristics such as language and culture, common traumas, and connection towards their homeland.

At this stage, the Albanian diaspora must focus on influencing political developments in their home countries. Through their efforts democracy, economy, education, welfare, and culture will thrive.

The United Nations 2030 Sustainable Development Agenda has stressed the importance of harnessing the contributions of transnational migrants. To this end, many institutions and organizations in the western countries have developed diaspora initiatives, and many states have established a mechanism for engaging the diaspora. Technological advancements provide for ever more opportunities to link people and resources efficiently across borders. Today’s challenge is developing new strategies and instruments to harness the energy of the diaspora to influence developments in their home countries effectively.

In the past twenty years, a large number of high school- and college-aged Albanians who emigrated have focused on their education. They received training and have had opportunities to engage with prestigious institutions in developed democratic countries, developing skills in the social and political sciences, natural sciences, medicine, technology, arts, as well as business and economics.

Their intellectual and professional experience together with their experience living in diverse societies where the rule of law is respected has equipped them with knowledge that is of tremendous value to their home countries.

Moreover, they are eager to contribute. This demographic coupled with the prior generation whose focus was building businesses and amassing financial capital is an excellent asset for the advancement of meaningful activities in the home region. Diaspora can engage directly with third-party states and international organizations and can maximize their political clout.

Several approaches can engage the Albanian diaspora in the political life of their home countries.

Albanians don’t have sufficient centers in their host countries for the promotion of Albanian studies, and the creation of such spaces would provide opportunities to build intellectual capacity.

Through research and scholarship, these institutions can contribute to the advancement of Albanian culture, raise awareness about Albanian issues, and contribute to shaping policies in the home region.

Diaspora can engage communities through public events to raise awareness about political issues in their home countries. These events can include petitioning, voting, and lobbying on pertinent social and political issues.

Ministries of diaspora in the home region should collaborate closely with each other and with the diaspora to create mechanisms that promote national interests and establish instruments for robust, honest, and law-abiding political engagement.

Engagement between the diaspora and their countries of origin can occur spontaneously, or it can be organized more systematically. Policies and programs are needed to identify the potential contributions of diaspora members, and apply them constructively with local partners who would benefit most from their talent, energy, and other assets.

This article is part of a series of op-eds published on Prishtina Insight as part of a project called the Engagement of the Diaspora for Policy Development from NGO Germin. This article was produced with the support of the Democratic Society Promotion, DSP,  project financed by the Swiss Agency for Development and Cooperation, SDC, and the Danish Foreign Ministry, DANIDA, and managed by the Kosovo Civil Society Foundation, KCSF. The content of this article does not necessarily reflect the views of donors and implementers.

Venera Kusari is a program coordinator at Columbia University. She specializes in peacebuilding and education. Venera holds an undergraduate degree in Political Science and Sociology and a graduate degree in Negotiation and Conflict Resolution.