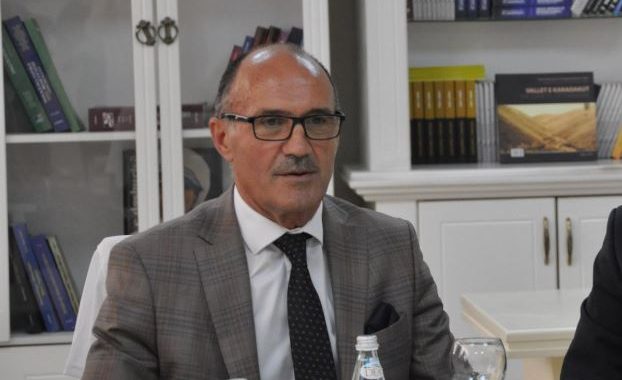 Kosovo interior minister dismissed ‘due to his performance’

Recently appointed interior minister of Kosovo, Bejtush Gashi, was discharged today through a request made by his party, the New Kosovo Alliance, with no further details offered.

Just over five months after being appointed as Interior Minister in Kosovo’s government cabinet, Bejtush Gashi was dismissed after a decision by his party, the New Kosovo Alliance, AKR.

“Yes, minister Bejtush Gashi was dismissed. This dismissal happened due to his performance as minister,” Pacolli said, not offering more details.

Anonymous BIRN sources say that Gashi was dismissed by the Prime Minister of Kosovo Ramush Haradinaj after a request was made by AKR, a coalition partner led by Behgjet Pacolli.

Neither Gashi nor Pacolli responded to BIRN’s repeated attempts to get comments.

Labinot Tahiri, member of the Kosovo assembly from AKR, confirmed that the new minister will be Ekrem Mustafa, a doctor by profession and head of the Ferizaj branch of the party.

“Ferizaj, as a main taxpayer and determinant of numerous party victories, did not have a minister. Now, 19 years later, after my request as member of assembly addressed to the government, it was decided that Ferizaj will have a minister, Ekrem Mustafa,” Tahiri wrote on Facebook.

Gashi was appointed minister in April 2018, a few days after his predecessor Flamur Sefaj was dismissed by Haradinaj following the murky deportation of five Turkish nationals from Kosovo to Turkey.

Haradinaj’s decision to discharge Sefaj came one day after Kosovo institutions arrested and deported six individuals of Turkish nationality, employees of the Gulistan Educational Institutions, a network of Mehmet Akif Colleges in Kosovo.

They were suspected of having ties to the organization of the cleric Fethullah Gulen, which Turkey considers a terrorist organization and blames for the failed coup in 2016.