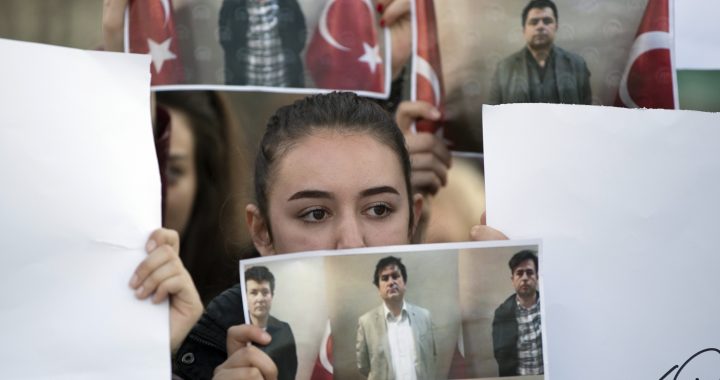 Kosovo officials condemn the Ministry of Internal Affairs and the Intelligence Agency for the arrest and deportation of six Turkish nationals.

Kosovo Prime Minister Ramush Haradinaj has signed a decision for the immediate dismissal of Driton Gashi, the head of the Kosovo Intelligence Agency, AKI, and the Minister for Internal Affairs Flamur Sefaj.

Haradinaj’s decision comes a day after Kosovo institutions arrested and deported six individuals of Turkish nationality. Five of the deported were employees of the Gulistan Educational Institutions, a network of Mehmet Akif Colleges in Kosovo. The school confirmed that the arrested were  general director Mustafa Erden, deputy director Yusuf Karabina, the school principal in Gjakova/Djakovica, Kamaran Demirez, plus two teachers, Cihan Oskan and Hasan Gunakan. Turkish state news agency Anadolu reported that a sixth individual, Osman Karakaya, a doctor, had also been arrested and deported.

All of the above are suspected of having ties to the organization of the cleric Fethullah Gulen, which Turkey considers a terrorist organization and blames for the failed coup in 2016.

Donjeta Gashi, Kosovo government spokesperson, has confirmed Haradinaj’s decision to fire both Gashi and Sefaj. On Thursday, Haradinaj issued a statement declaring that he had not been informed of the action, which was carried out by Kosovo Police on information of the Intelligence Agency.

Today, in the operation conducted by #Kosovo Intelligence Agency, 6 turk citizens have been deported. Myself, as the Prime Minister, was not informed about this operation, therefore I will act according to my legal and constitutional competencies.

“On the basis of my constitutional competencies as the Prime Minister of the Republic of Kosovo I have requested the immediate dismissal from duty of the the Director of the Kosovo Intelligence Agency, Mr. Driton Gashi, and the dismissal of the Minister of Internal Affairs, Mr. Flamur Sefaj,” said PM Haradinaj in a statement issued on Friday.

“The operation of the termination of the residency permits, of the detainment, and the urgent deportation of six Turkish citizens from the territory of the Republic of Kosovo has happened without informing the head of the government and without his permission!” continued Haradinaj.

“Today’s arrest of six Turkish citizens with valid residence permits in Kosovo, and Mehmet Akif College staff accredited according to Kosovo’s relevant standards, does not represent the proper form of development of the rule of law or the correct consolidation of democracy,” Veseli wrote on Facebook.

Kosovo President Hashim Thaci condemned the attack as well and said he had not been informed beforehand.

According to the law on the intelligence agency, the dismissal of the director of AKI must be signed by both the PM and the President.